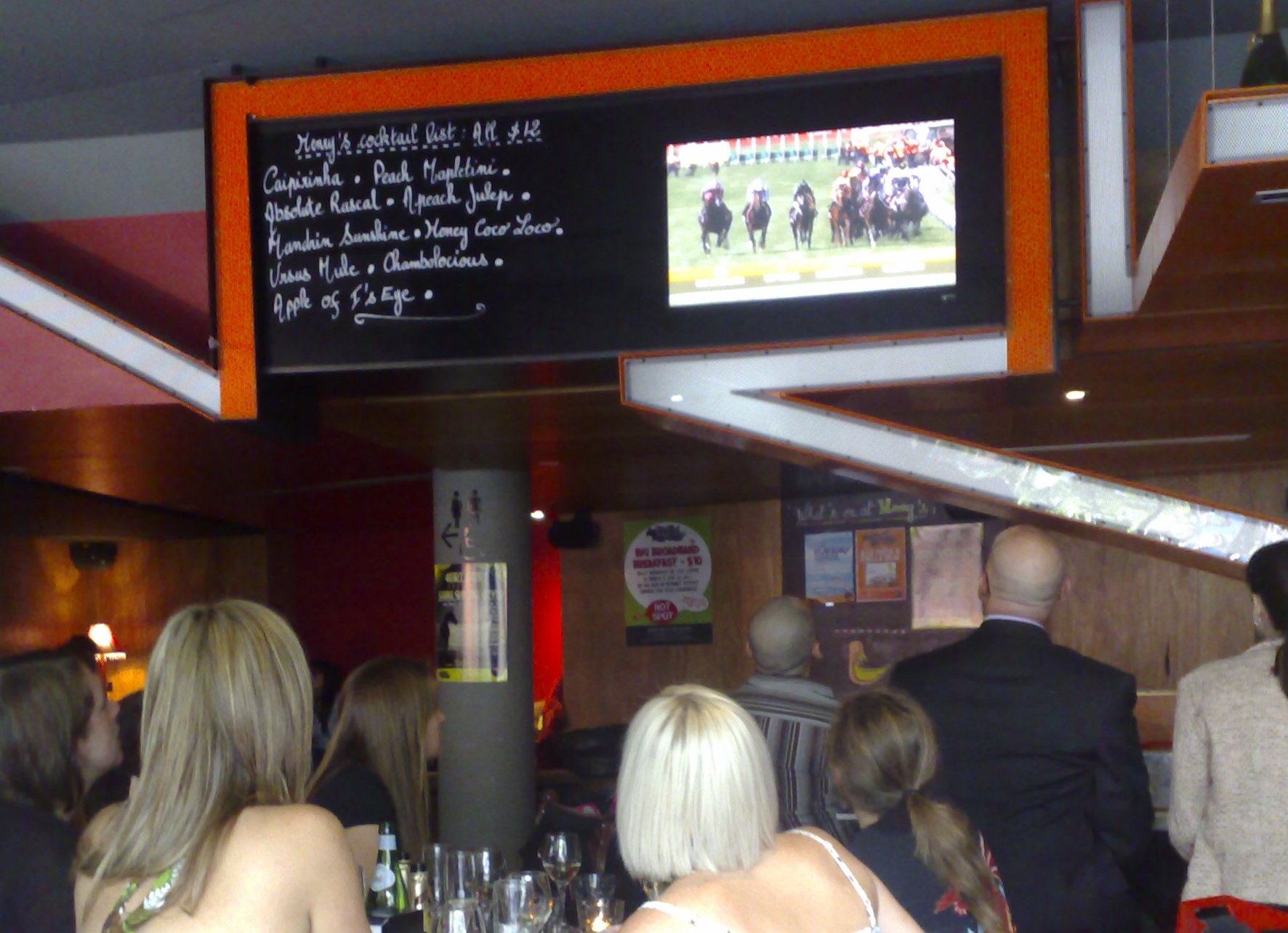 “I don’t want to come to work tomorrow. I just want to spend the whole of tomorrow watching television” I told my boss at the pub today. A few of us had gone to a nearby pub to watch “Melbourne Cup”. Quite frankly, it’s an event I no longer feel any interest for or excitement in. I agree today’s photo finish was pretty good. But I’m far more interested in the outcome of tomorrow’s US election.

As the results should be clear by mid-to-late afternoon, Damo and I have made tentative plans to catch up after work tomorrow to conduct our own “post-election analysis”. We’re both “election junkies” who find as much, if not more excitement in watching an election night on television, as others would find in a world cup soccer match.

Melbourne Cup, on the other hand, is just a bit of a yawn to me personally. Maybe it’s because I grew up in a betting household, where my grandmother (in particular) was always putting some money “up the field’ or “both ways” on her latest horse. I swear I knew as much about horse-racing by the age of ten as I knew about anything else in the world.

Of course we had an office sweep. You have to, don’t you? And I drew #13 “Boundless” which was doing fairly well for a while. “I’m gonna peak early, just like last year”, I said to a colleague at the pub, noting that I always seem to end up drawing those horses who, after a good start, fall dramatically behind in the last 1000 metres.

So we watched the race, had a beer and wandered back to the office. I was back at my desk by 3.30 or thereabouts.

Melbourne Cup day also meant a reasonably small turnout at Swedish class tonight. There were just four of us, this week, meaning most people have probably declared their own public holiday.

I found class a little bit harder tonight, as I haven’t practiced for a few days. That, and I was also a little bit tired. “It’s hard to work a full day concentrating and then having to come to concentrate again”, the bloke next to me at class confided.

Coming home tonight I was pretty mentally exhausted so I slumped in front of the television and watched further coverage of the US election. I’ve been watching the Breakfast and Morning Shows on Fox News where they’ve been offering “advice for the undecided”. The polls have already opened.

As great as it would be just to stay home tomorrow and spend all of my time watching it, I’ve got quite a bit on. Still, it’s gonna be fascinating to watch it all unfold. And who knows, despite the polls, it might also be a photo finish?