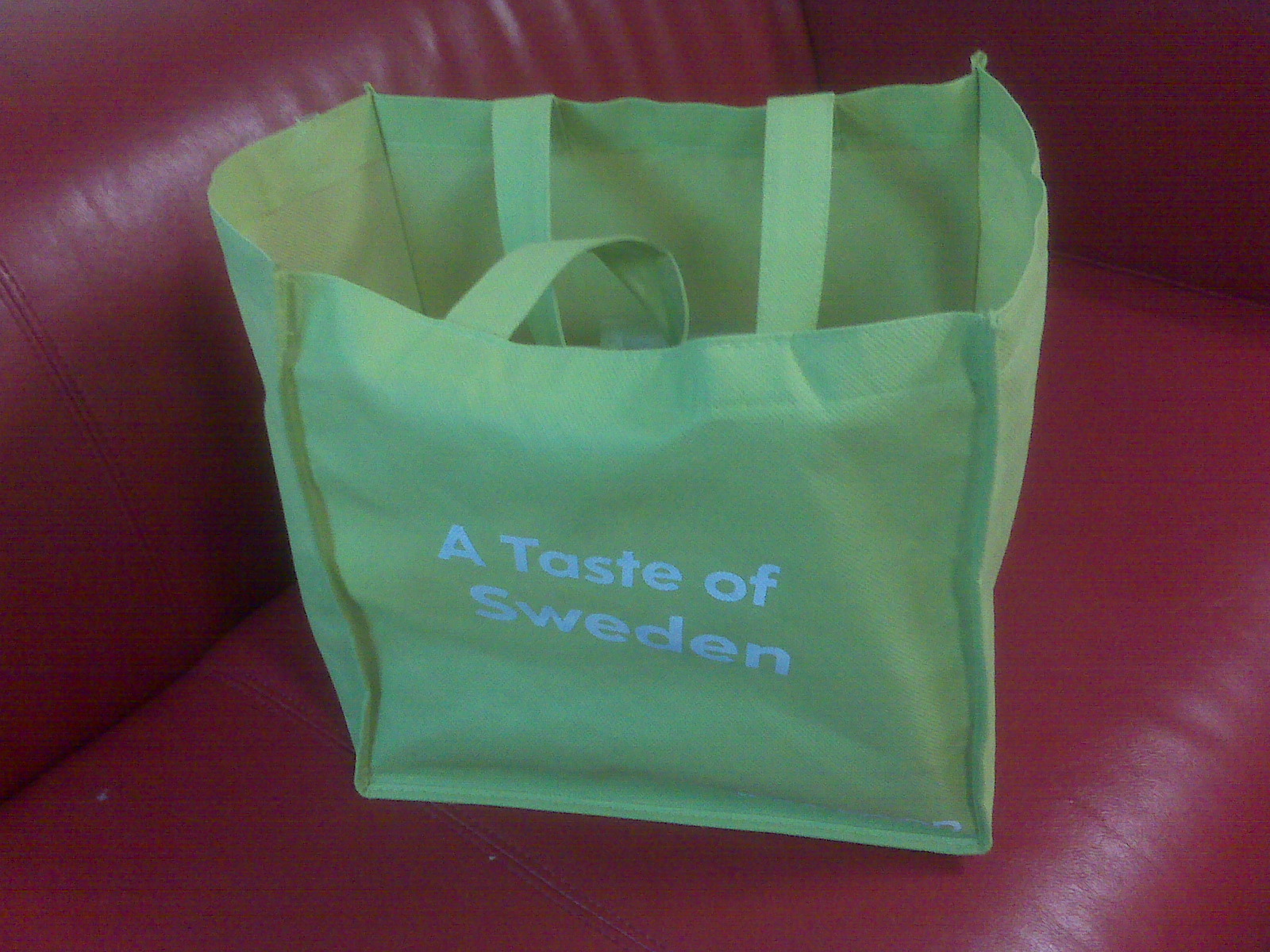 I’m surprised I didn’t get more strange looks with my IKEA shopping bag packed with a collection of Swedish food. I had conflicting commitments tonight, both of which I really wanted to attend, so I did both. There was a gathering of some colleagues from around Australia, a number of whom I was really wanting to see. But it was also the final Swedish class for the year, and a mini “Christmas Party”,

“I’d love to come, I really would”, I told one of my bosses when he invited me along. But in doing so I emphasised how much I really couldn’t stay for the entire night due to class. So I took along my IKEA bag full of Swedish confectionary with me to the restaurant.

The question “What have you got in there?” led to some wonderful “show and tell”. Deep down I’m sure a few of my colleagues think I’m borderline certifiable, but most thought it was great to have an interest that I felt so passionate about.

By the time I arrived at class the “hard work” for the night had been done. The verbs, the grammar. Yikes. I arrived just in time for a conversation about favourite restaurants and cuisine, for listening to and translating some songs from Swedish into English, and for some general chit-chat in Swedish.

When our teacher speaks reasonably slowly and simply in Swedish, I love the fact that I can understand and respond in a reasonably simple manner.

“I could never have a terribly sophisticated conversation, but I could get by with some small talk and chit-chat”, I told a colleague over dinner when he asked about how good or bad my Swedish skills were.

After class I noted to Grant I’ve got just four classes until I go back to Sweden. Can you believe that? It’s so soon and there’s so much to do.

Grant has set himself some language goals for the next year, and I suspect that would be a good idea for myself also.