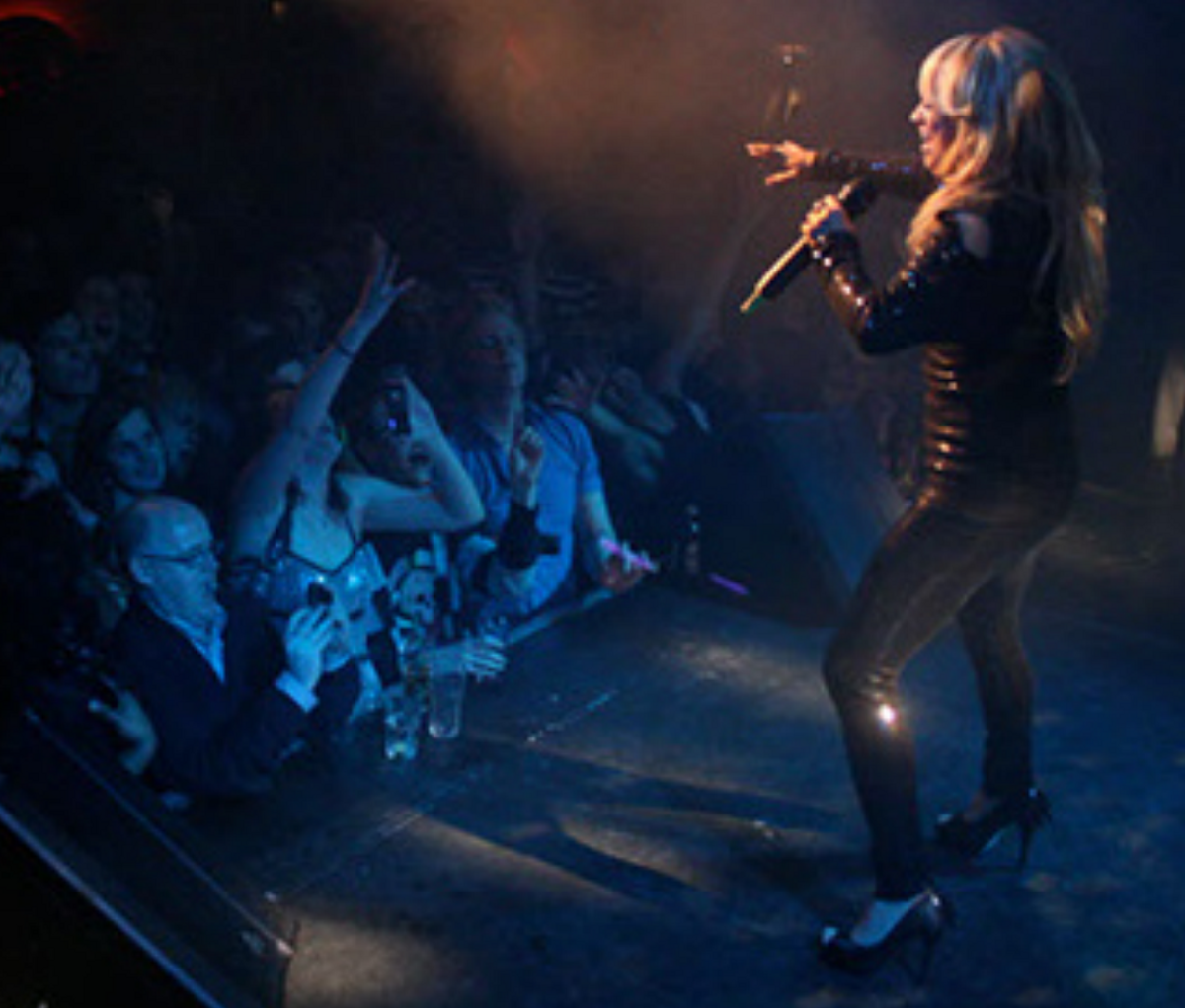 Lovely Reminder of No Shame

As I mentioned the other day, my friend Graeme is going to Sweden in a couple of weeks time. I sent him a link earlier tonight to the club Paradise which I visited while there and enjoyed very much.

I went there the night of the Melodifestivalen, the Swedish finals for the Eurovision Song Contest, and enjoyed a wonderful lineup of Swedish pop stars, including Nanne, which I blogged about at the time.

It was one of those nights where I figured, as a tourist, I could exert a little self-confidence and claim a place right at the front of the stage no matter what.

You’ve just got to do that sometime. Sometimes you’ve got to say to yourself, it’s a once-in-a-lifetime chance you shouldn’t let pass you by. I could have been my usual shy self standing at the back of the room or I could have gone right to the front of the stage and claimed the best view in the house, which is what I did.

But also close enough to be captured by other cameras!

As I went to the Paradise website tonight, I found this link to a bunch of photographs which reminded me of a wonderful night…

….when I had absolutely no shame.