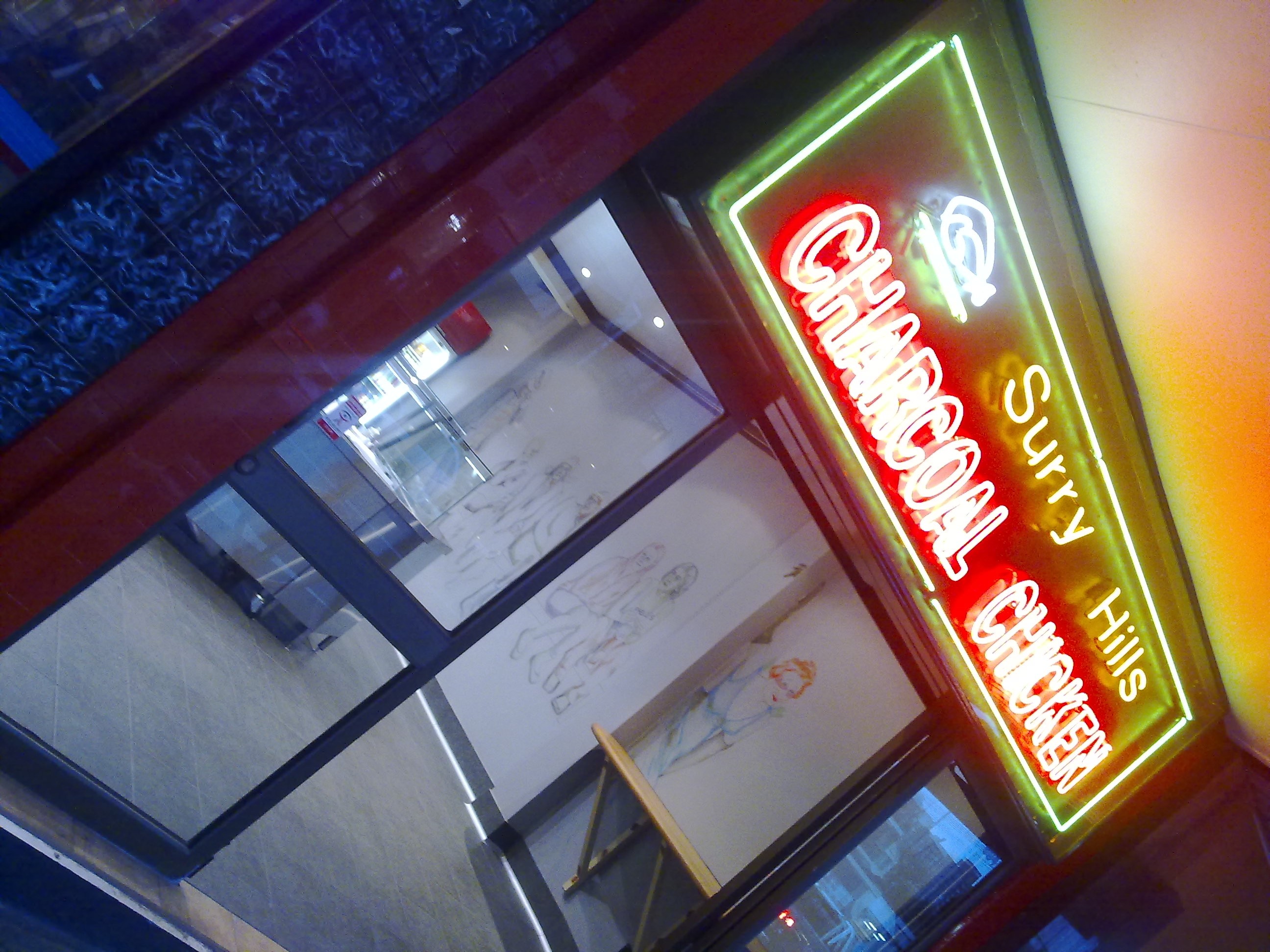 It all began with the closure of the Surry Hills Chicken Shop in July last year. Since then, there have been several significant changes in the retail sector in my part of Surry Hills.

* The Thai takeaway next door to the Chicken Shop has changed hands and re-invented itself as the slightly more up-market “Blue Wok”.

* We have seen the opening of not one, but three gourmet grocers.

* We’ve seen the opening of our first Sydney-style Melbourne-style small bar, with at least one other to follow.

* We’ve lost a local Indian restaurant due to an explosion.

* And although the record shop at the Surry Hills Mall closed several months ago, the video shop on the corner of Crown and Cleveland streets remains open.

As I came home this afternoon, something brought a smile to my face: the Charcoal Chicken shop has re-opened.

As with the makeover that’s occured at the Thai next door, it looks like the new chicken shop has gone a little “up market”. I used to love the old shop and the man who used to run it. As I walked past this afternoon, I noticed the chickens as they rotated looked a little more “fat-free”, and there was the makings of a mural on the wall. There’s also more stainless steel, though I’m pleased the old fashioned neon sign has remained the same, and they’ve even fixed up the lights. Although I was rather partial to “Charcoal Chic”, I’m sure it makes more sense to have it saying “Charcoal Chicken”. One day soon I’ll pay the new shop a visit and write a review.

I would have sampled the chicken tonight, were it not for the fact that I consumed an entire pizza for dinner tonight and I’m feeling a bit crook.

I can’t decide if it’s the pollution, the smoke, the pollen, or if I’m fighting off something (or maybe working too hard), but I’m feeling a bit crook. I’m tired and I have a sore throat, and I toyed with the idea of having a sick day. Interestingly, a few people I work with have similar symptoms, so perhaps there’s something going around, or perhaps it’s just the weather. the seasonal change?

Whatever it is, the re-opening of the chicken shop brought a smile to my face. Surry Hills is changing, for sure, but it’s more evolution than revolution, it seems.

Anyway, must go… Louis Theroux has come on Tv… and I love Louis.