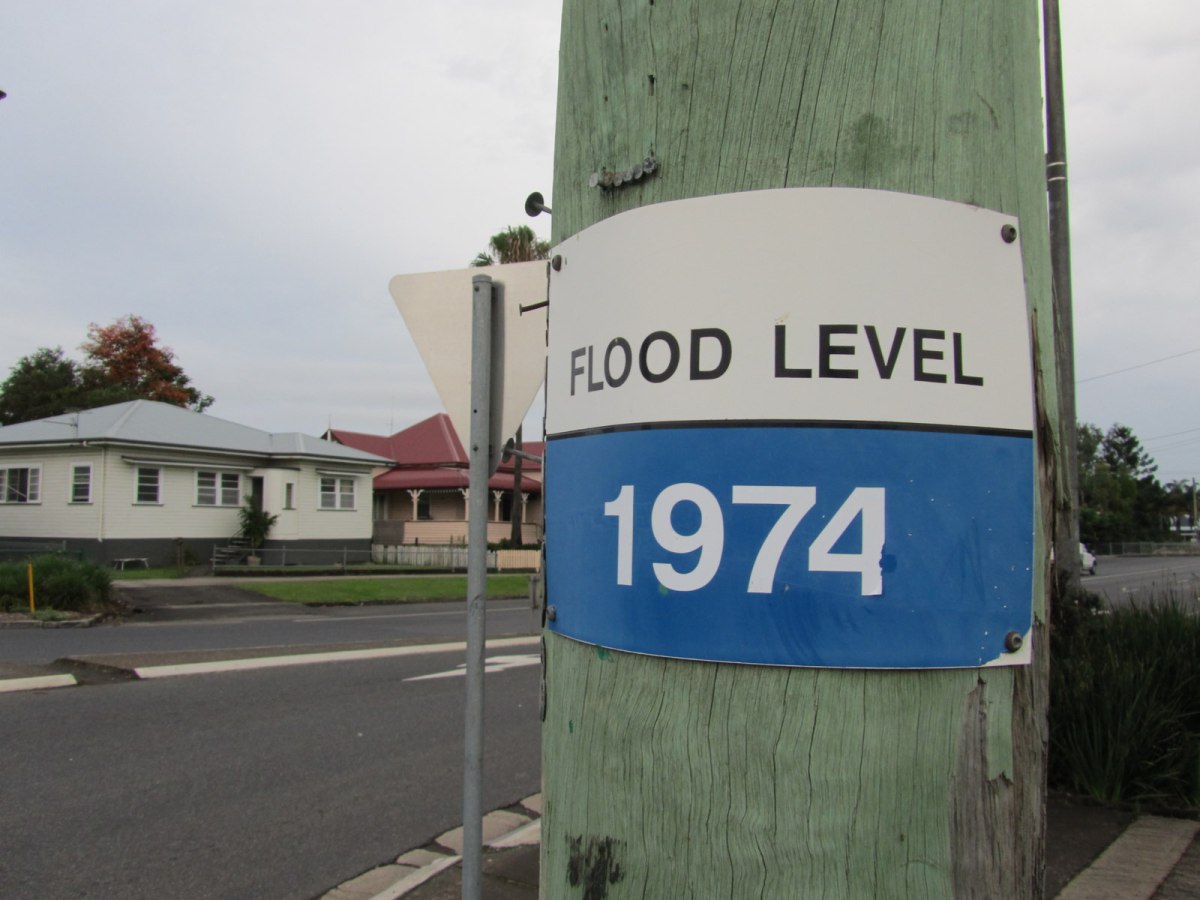 I went to work today with a packed overnight bag. We thought it might have been a good idea for me to travel to Brisbane to support my colleagues there. They’ve all been working incredibly hard over the last few weeks. But in the end we decided they were probably best supported from a distance, for the moment at least.

Rapidly and dramatically, Brisbane has become the focus for the Queensland floods, with predictions the water will reach higher levels than in January 1974. Although close family members lived through that flood, I have only a vague childhood memory, being more focussed on the Lismore flood of that year. In terms of water in the CBD, there were similarities in the depth between both Lismore and Brisbane.

“Do you remember much of it”, I asked Margaret on the phone tonight. “Oh yes” she said, reflecting on the fact that she and her family were living in Brunswick Street, New Farm at the time. They had water all around their house which she, as a nine year old, experienced strongly.

The house they lived in is now long gone, probably replaced by a shop or an apartment block. The change is reflective of what’s happened in that particular part of Brisbane since then. New Farm was a strongly working class, reasonably poor suburb then. Even now, it has a reasonably economically impoverished population. Thirty six years later and area also had a significant high income population, and I’m guessing a lot of those people will be panicking right now about the flooding that’s likely to affect their suburb over the next three or four days.

I have a strong connection to Brisbane, not just because of close family there, but also because I went to university there. I’ve also lived through a few floods myself, as my hometown is Lismore. Two weeks ago when I was home in Lismore family and friends were talking then about how much the weather pattern resembled 1974. In the back of my mind today, as well as the concern about Brisbane, was concern about Lismore. If the weather pattern repeats itself, Lismore too could face a major flood over the next two months. Lismore floods generally follow a little later than those in Brisbane. A higher than 1974 flood in Lismore would put water in the houses of my family members there.

And so in the midst of it all today – and particularly as I did a welfare check on family in Brisbane – I found myself get a little teary. I’m hoping everything will be okay.