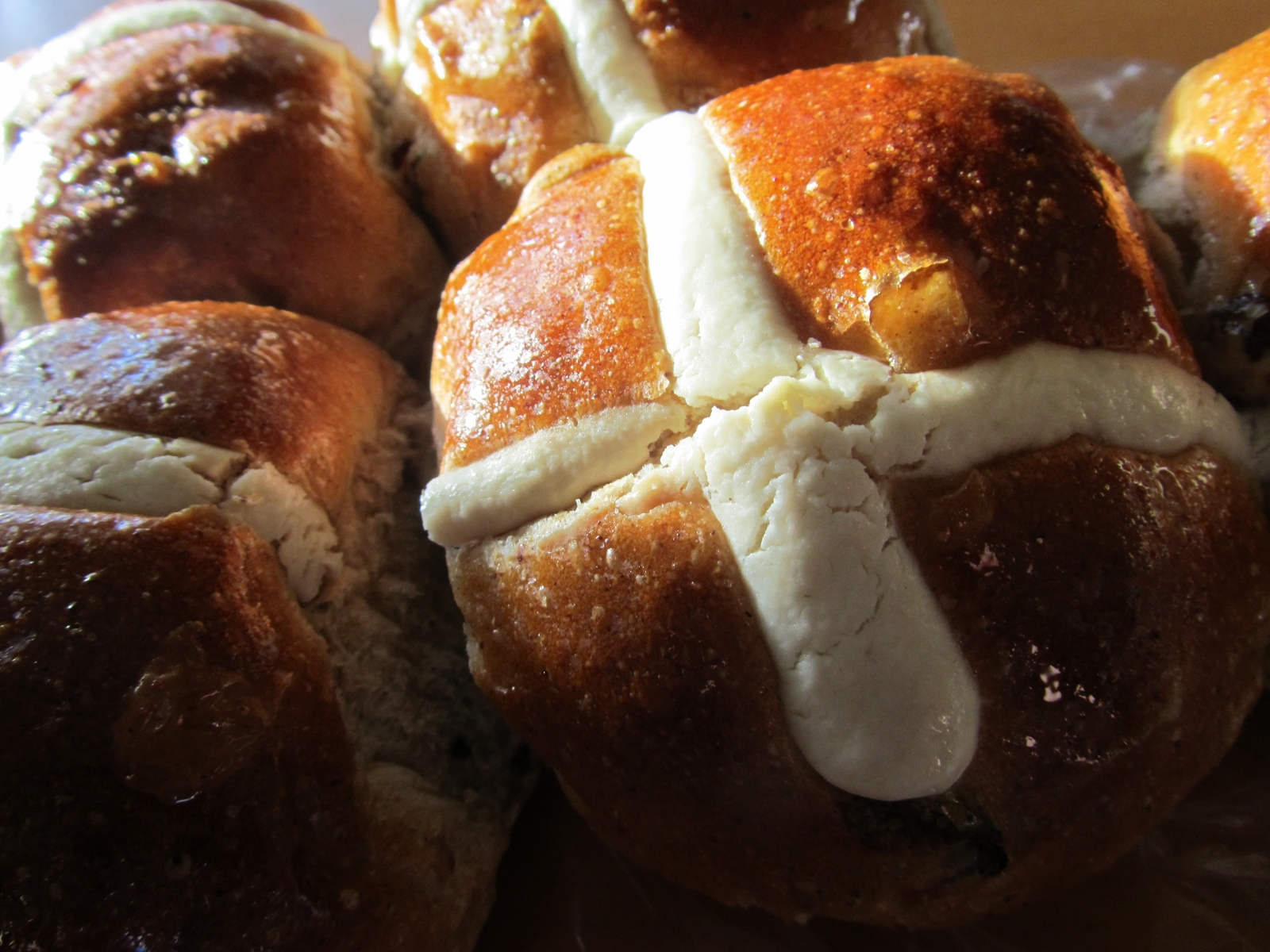 Maybe it’s because I spent the first thirty years of my life in the country? Or maybe it’s because things have changed? But there was a time, I recall, when hardly any shops were open on Good Friday and there was hardly any movement. It was a day of sitting at home and watching those 1950s and 1960s religious epics that dominated the television schedule. In some ways, it seemed quieter than Christmas Day. That’s all changed.

Even at about eight o’clock, the local cafes in Surry Hills were starting to attract a significant crowd of customers, as I popped down to the street to my local bakery for some hot cross buns.

Seriously, I love hot cross buns. You can imagine my disappointment yesterday morning when I called in to my local baker (to buy some to take to work for morning tea for everyone) only to be told they were all sold out. This morning, however, they had plenty, and so I consumed all but one in a sitting accompanied by some orange juice and a coffee.

I consumed them as I half-watched Karl and Lisa and then Kerry-Anne on morning television (yes, they were on this morning), while mostly concentrating on listening to the radio. On the radio, by the way I learned from Tim Fischer who was on the phone from The Vatican, that Good Friday isn’t a public holiday even there.

By the time I left the house properly at around midday, all the cafes werel pretty busy, and so too was the pub on the corner.

I was on my way to a BBQ in Dulwich Hill to celebrate a friend’s birthday. It was a lovely afternoon filled with great conversation. I enjoyed it very much, even if I was – jokingly – chastised for a moment for failing to update my blog lately. “it’s part of my daily routine”, I was told. Sorry. I think I’ve got my mojo back.

Catching the bus home – oh yeah, the buses still observe the “go slow” on Good Friday even if everyone else doesn’t – I wandered in to Chinatown to grab some dumplings for dinner. Honestly, the place was packed. And in the area of my favourite dumpling places near the Burlington Centre, there was even someone playing popular classics on the violin. The place was jumpin.

So yeah, Good Friday has changed.