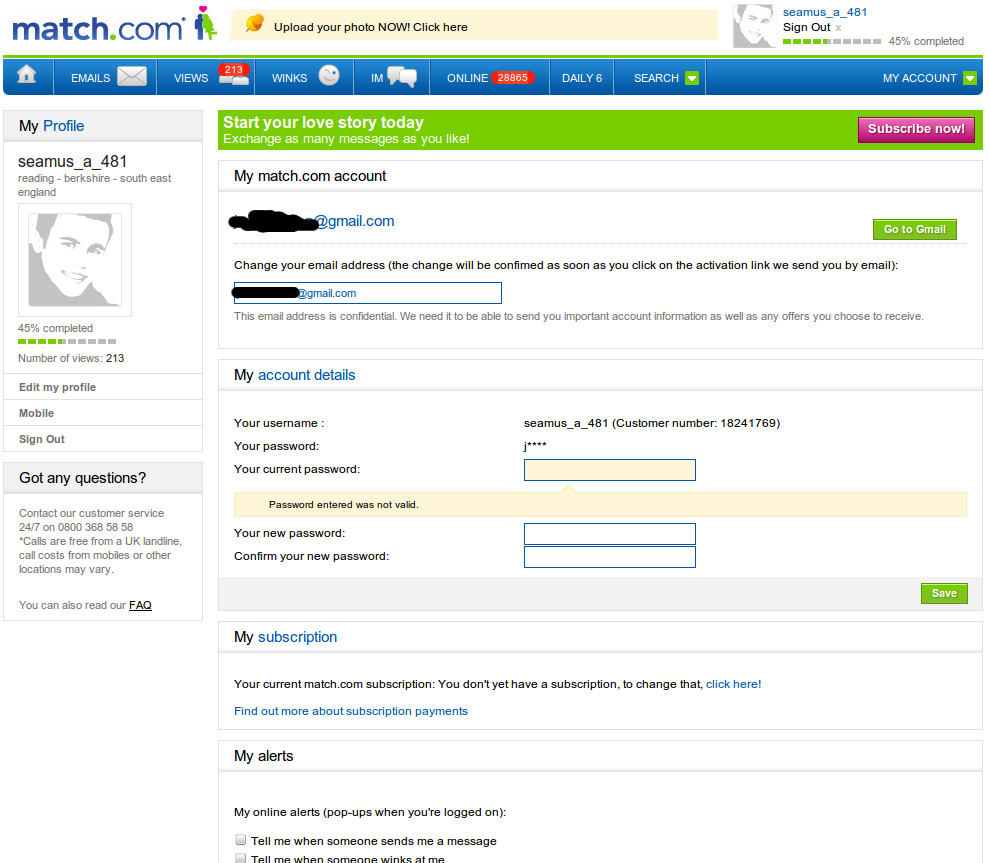 As a 45-year old, single gay man living in Surry Hills, I can assure you my interest in meeting and dating single women between 25 and 45 who live in the United Kingdom is virtually non-existant (unless of course they’re looking for a marriage of convenience in exchange for an EU passport!!). And yet for the last few weeks I’ve been receiving a daily email from a UK dating website informing me of the many women – over 200 at last count – who have viewed my profile and who would like to meet me.

At first I ignored the email as some kind of spam. But when they became more and more regular I finally got the shits and wrote to match.com informing them of the situation. The problem you see was that seamus_a_481 had signed up to his match.com account using MY email address. So even though he was presumably logging in and out with his own username and password, I was getting the daily email notifications.

I was also able to access his account. All I had to do was click on the links in the emails I received and there I was inside his account. If I was morally bankrupt I could have made changes to his account details. In theory, I could have also written a reply to any of the women who had written to me, though of course, I didn’t. Not exactly what you would call a secure site.

As soon as I wrote the email to match.com I got one of those automated replies which indicated my problem was going to be forwarded to a consultant for resolution. Yeah, right.

Eight days later and I was still been receiving those daily emails. Although it had been kinda interesting, I felt it was morally wrong to let it continue any longer. In particular, I was concerned for the women who were corresponding with a bloke who was either a) an idiot who didn’t know his own email address or b) an idiot who was deceiving them.

And so I wrote an email to match.com saying I was disappointed at their lack of response and was planning to go in and delete the account on their behalf. Unfortunately it wasn’t so straightforward as I also needed his password to delete the account. So I called them up and spoke to a nice man on the phone who was able to help me do that.

So in summary, a big thumbs down to the James O’Brien in the UK who was using my email account to sign up to a dating site, and a big thumbs down for match.com in the UK for having an automated reply which said they were going to respond and deal with the issue but didn’t even after eight days. It took a phone call from Australia – thank goodness for cheap international calls – to get any action. And a word of warning about the dangers of signing up to a website with someone else’s email account.