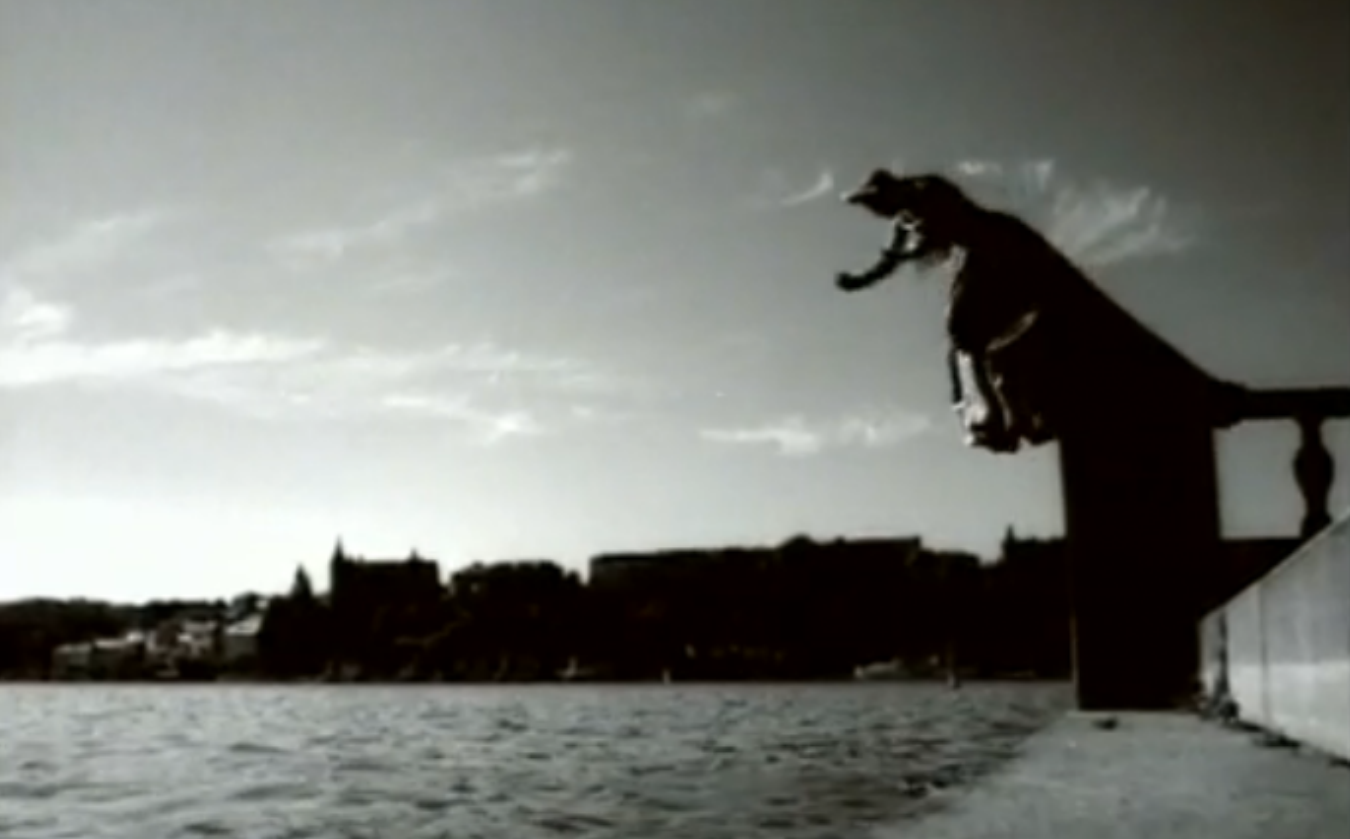 Earlier tonight my friend, The Best Judge posted a wonderful clip (and translation) of the song Stockholm i natt by Peter Jöback.

In the song and video, he’s walking around the centre of Stockholm and is reflecting on the history of the area, including locations where Anna Lindh (the Swedish politician who was killed) gave her last speech, and where the criminal, Clark Olofsson gave rise to the phrase “Stockholm Syndrome”. Most of all, though, it’s a love song about the city, as Peter wonders if there is anything as beautiful as Stockholm at night.

Lots of cities are beautiful at night, and Kenneth Slessor’s “Five Bells” poem is a wonderful reminder of the haunting beauty of Sydney at night. But for me, this song by Peter exquisitely captures the beauty, vitality, and complexity of Stockholm also.

But one of the things I love most about the video clip for this song is the bit where the bloke jumps – defiantly – into Lake Mälaren.

It’s an image also found in the video clip for “Stars” by Roxette.

I love both of these images very much. They’re images which signal defiance, adventure, and many other emotions.

“Jump off the cliff” is a phrase I often use to mean “take a risk”. A phrase I first came to truly understand when I went hang-gliding for the first time, and although you’re scared, if you count 1, 2, and 3, and suddenly you’ve made the jump, and soon you realise how exciting that final jump can be.

Tonight I did that in a sense, in that I went out on my first, serious proper date in many years.

It wasn’t without some fear and emotion. For a while I actually felt physically sick. And then I recovered. Though I still felt a little overwhelmed. “Why would someone want to go on a date with me?”, I thought to myself.

Oh and here’s the video clips for both songs…