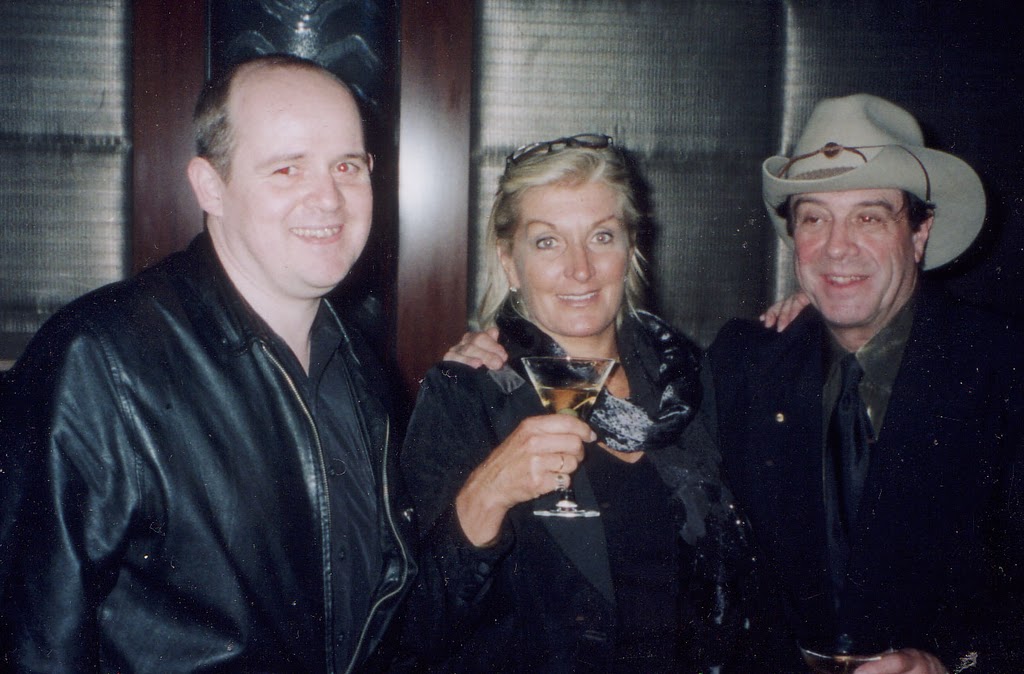 For the last few days, Australians have been wondering about the future health of “Molly Meldrum”. A leading figure in the Australian music scene over several decades, he’s been in a coma since falling from a ladder at his home in Melbourne a few days ago.

I met Molly briefly at the opening night of the Australian production of “Mamma Mia” in Melbourne a decade ago.

It was actually Patti Mostyn I met first. She was the legendary Australian publicist who looked after ABBA’s tour of Australia in 1977.

As I mentioned several years ago on this blog…

One of my most significant memories of the night was approaching Patti Mostyn, the Australian publicist for ABBA during the 1970s, asking if I could have a photograph with her, explaining that she was a legendary figure in Australian ABBA fandom. “Really?”, she said, seemingly surprised that anyone knew who she was. “Sure”, she said, “But only if you have a picture with Molly (Meldrum) as well”. Reluctantly I agreed.

And that’s how I met Molly.