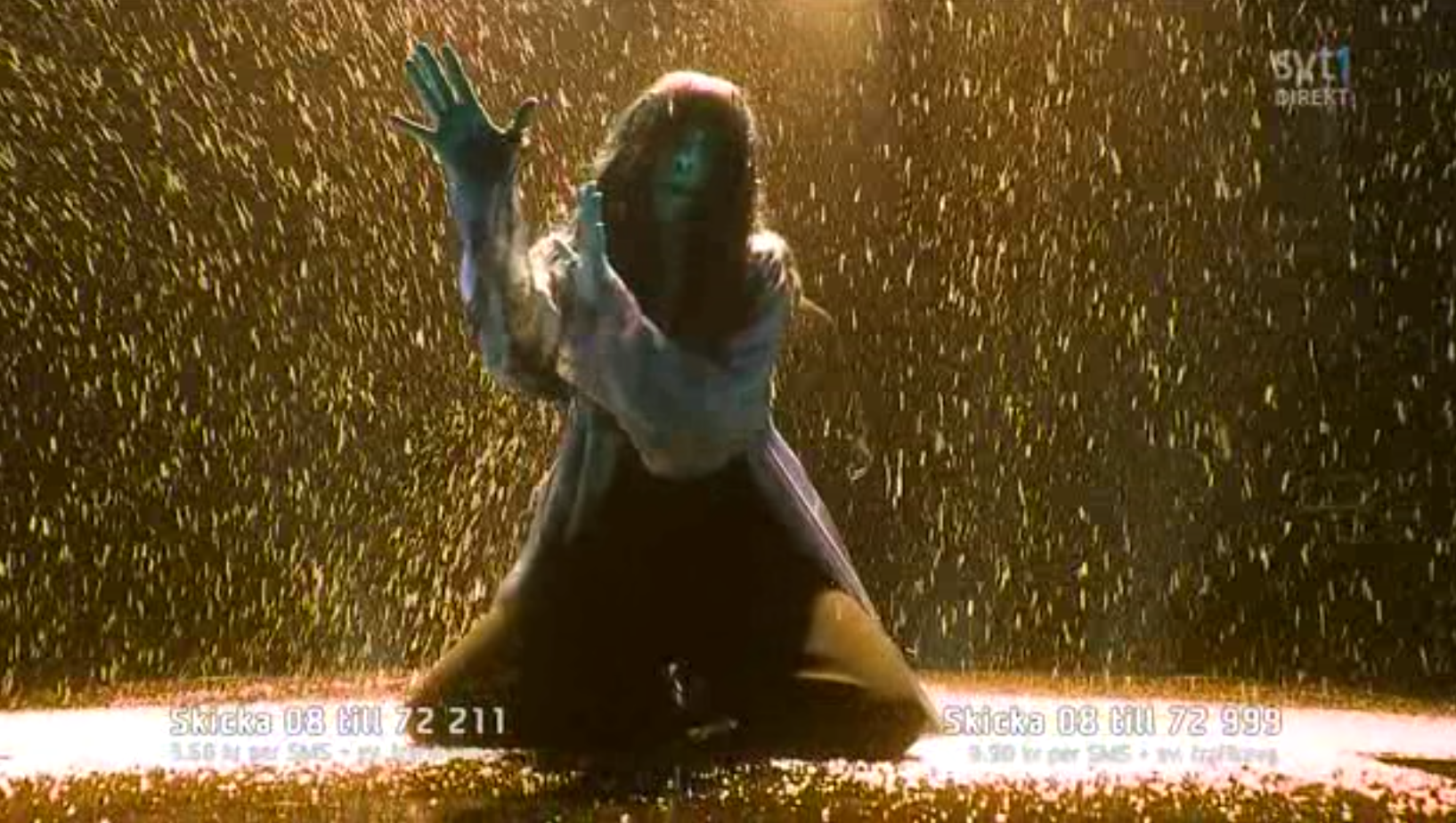 This time twelve months ago I was a little obsessed with the lack of Swedish language performances in Melodifestivalen, the Swedish competition which leads to the Eurovision Song Contest.

Last year, Loreen had the grammatically confusing, “My Heart Is Refusing Me”. As with ABBA’s “since many years” in Fernando, it’s a phrase which probably makes sense in Swedish, but which we would never say in English. The lyrics for this year’s song, “Euphoria” weren’t much better. But she sang it with passion, interest, and a sense of mystery, and I think that’s why she made it through. I would like to link to some Youtube clips for the performance, but SVT seems to have challenged every iteration. Luckily, Loreen made it through, unlike Afro-Dite.

Afro-Dite previously represented Sweden at the Eurovision Song Contest in 2002 with “Never Let It Go”, and this year, their song and performance had shades of their previous entry, as well as Boney M. And no, I’m not being racially generalist because they’re three black women from Europe, it’s because their outfits, choice of song, and vocal harmonies are totally reminiscent of the once-great 70s German band.

The Boy Can Dance – Afro-Dite


I kind of understand why they didn’t make it through to the finals, or even “Andra Chansen” (the song was just a little old-fashioned), though I was nonetheless disappointed.

Marie Seneholt’s song, “Salt And Pepper” was also good. She performed it well, and had a stunning outfit. But in the end, disappointingly it wasn’t exceptional, and so she also missed out from either the final or Andra Chansen 1 or 2 (yes, there are two second chances this year).

Just when I thought I understood the Swedes, I realised I didn’t after all. They voted strongly for Sean Banan’s “Sean den förste banan” and Thorsten Flinck’s “Jag reser mig igen” which started off interesting, kinda like a poor man’s Nick Cave, but which never went anywhere in my opinion. Obviously they both have domestic appeal for the Swedes which I don’t understand.

Oddly enough, I actually quite liked the heavier-rock song, “Mystery” by “Dead By April”, as I thought it was sung with passion and enthusiasm.

In the end, this is how I voted…

Of the songs which have made it through the voting system, I really only like Loreen. Although, I’m not sure if she and her song have what it takes to win Eurovision, I think it’s a pretty good effort.

In particular, take a look at the half-time song by the program’s hosts which declare Melodifestivalen is for all Swedes, “not just the gays” :).

Without doubt, watching Melodifestivalen was the highlight in my day. I’m still recovering from surgery on Thursday which means I’m sleeping a fair bit and trying to find ways around the dailies of life. Trying to have a shower or bath with a wound/bandage in the middle of your back is quite difficult.

Add to that I spent a few hours at a surgery today waiting to get my bandage changed. It was a Sunday. They only had a couple of doctors/nurses on. And there was a dill-brain in front of all of us who had countless numbers of barnacles in his feet, which took hours and hours to remove. So yeah, it wasn’t all that productive today.