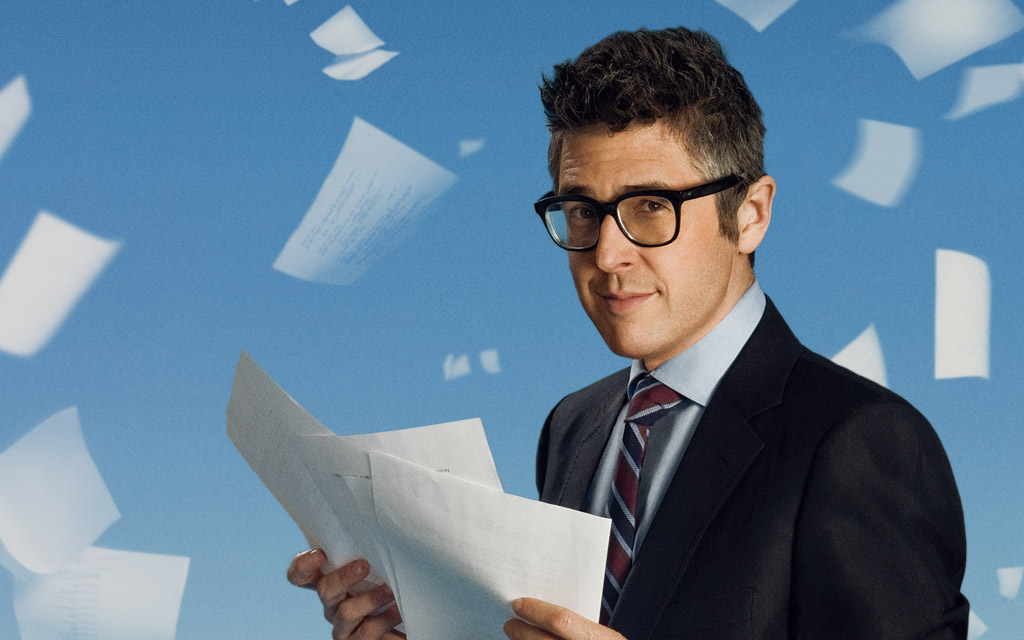 This American Life – The Movie

Today I went to see a preview of the movie version of the “This American Life” radio program. A radio show as a movie? It’s not too surprising, in some ways, because the program has a strong visual element to the story-telling. In some ways, the movie was like a snapshot of the program. There were monologues, there were interactive pieces, there was music, and there was some story-telling which I’ll later describe as “reading out loud”. As such, the movie contained elements of the radio show I really like, but also elements I really dislike.

I’ll start with the “dislike”. I really don’t like the “reading out loud” elements of “This American Life”. By that, I meant those elements where someone has written a short story and they come on a read it. For me, the short story is something you read off a page, where your imagination can really go wild. In stark contrast to some of the people I spoke with outside the movie later on who said, “Oh no, I love the reading out loud moments, I’ve discovered so many new authors through this show”, “reading out loud” just doesn’t do it for me.

For me, “reading out loud” can often sound overly “rehearsed” and therefore, not entirely authentic. It’s a generalisation, of course, since people like David Sedaris can ably take their written words and turn them into something quite dramatic. He’s an exception, though. For me, many of the “reading out loud moments” can “sound” quite predictable and very similar. They all seem to be presented in a style which seems highly derivative of the attitude and vocal intonation of an amalgam of Hunter S. Thompson and Tennessee Williams, with a bit of “beat poetry” thrown in.

Although there are many occasions when practice and rehearsal can sound “real”, quite often it doesn’t sound authentic, because people tend to speak in short sentences and phrases. Most people don’t speak in complete sentences, and when you hear someone reading out a long and complex sentence, my gut-feeling is they’ve spent a lot of time thinking too much about the words, and in being clever. They’ve forgetten the emotion and the honesty that comes from the oral tradition. A generalisation, I know, but it’s just “my thing”.

It’s an idea which, I acknowledge is probably in stark contrast to what I love about “This American Life”. I love the use of music, sound effects and dramatic pause. All of those elements can be rehearsed also and lack a degree of authenticity in their delivery. But for me, these elements add a wonderful element to talk radio that’s often under-estimated. It’s the element that talk radio, even without the use of music, has a strong musical quality. It can be like a symphony, with a beginning, a middle, and an end, with quite moments, dramatic moments, and mid-tempo moments also. “This American Life” incorporates sound beautifully.

There were moments today when I was deeply involved and moments when I was deeply disengaged. Without wishing to spoil the viewing moment, there’s a wonderful story from a woman who talks about her experiences with the American singer, Taylor Dayne. The story has a great narrative, and she uses pause and effect beautifully to tell a wonderful story. And there’s a great punchline to the story. There’s also a wonderful story about a man who is blind who talks with both humour and sensitivity about how he explained to his young daughter (under the age of five) that he couldn’t see, and how she progressively began to understand it. In contrast to what I said above about the use of music and sound, another story, about a man whose family moves to the country, which uses sound and music at a wonderful level, lacked direction and a clear sense of narrative, in my view. It just never went anywhere.

And that brings me to the substance of the film. I just never had a sense of where it was going and why they were doing it. “We spent a lot of money on this, so please support it”, Ira Glass says at one point in the film.

There’s one sketch which I think sums up the “why bother” feeling. It’s a segment where a famous American radio presenter interviews a guest, is entirely engaged with her subject, and as soon as the interview is over, totally loses interest in the subject. Those of us who have been on radio, and have worked in radio, laughed out loud. We got the point of it all, and then laughed out loud. But the sketch then went on and on and on in a weird, self-indulgent kind of manner.

For me and others I spoke to afterwards, the general consensus was the film was far too long at over two-hours. “Maybe I’ve just got a short attention span”, I said to a colleague today who in the afternoon asked what I thought of it. “Seriously, when they got to Act 6, I thought the film would never end” I told her.