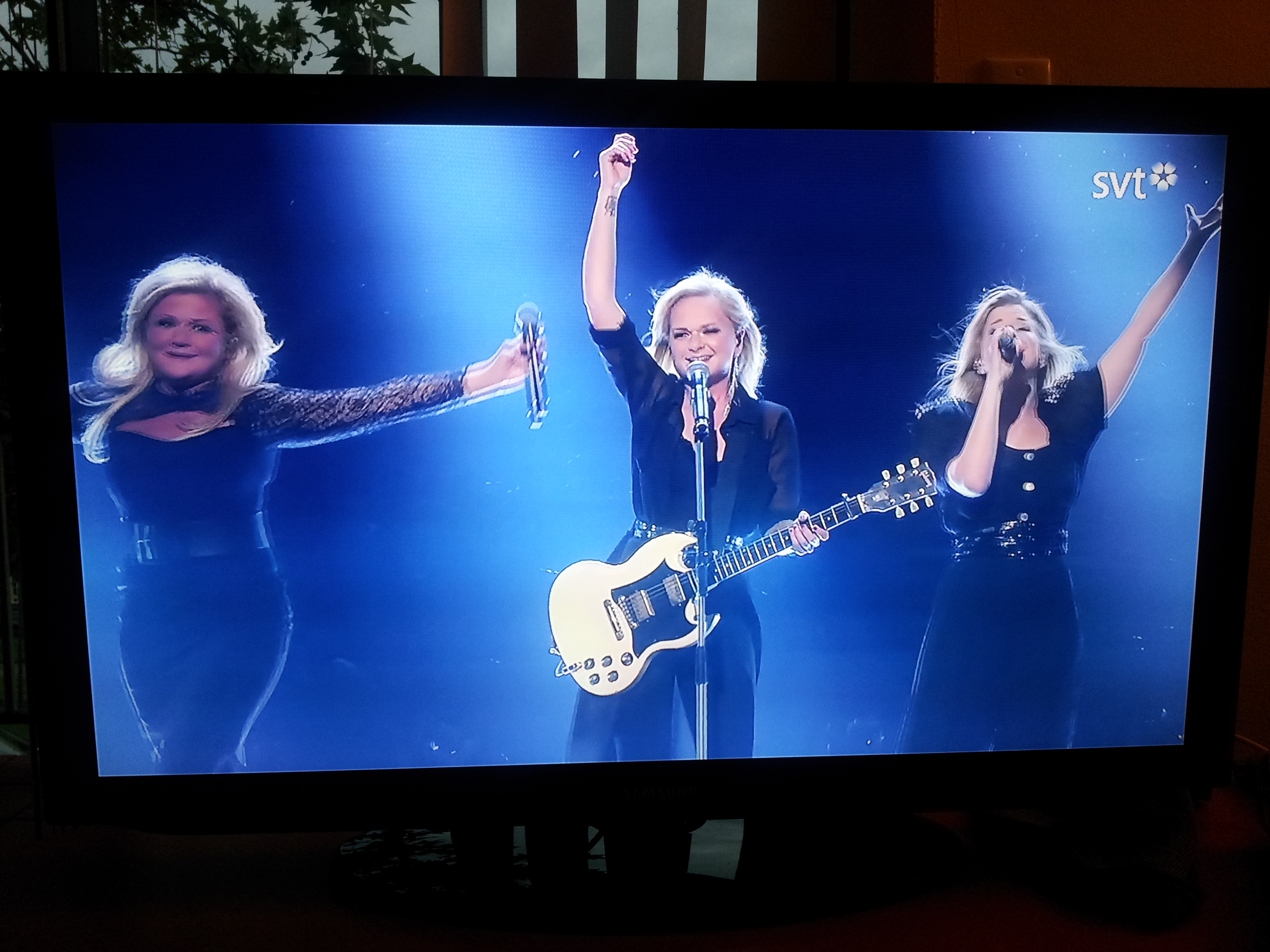 “There’s certainly no Loreen in that lot”, I thought to myself as I watched Melodifestivalen #1 this morning. Melodifestivalen is the multi-heat competition which chooses the Swedish entry for the Eurovision Song Contest. In the equivalent heat last year, Loreen appeared with “Euphoria” and it was pretty clear she was a major contender to go on to represent Sweden, and history shows, win Eurovision. Although there were a couple of songs I quite liked, I thought none of them really stood out as a strong contender for Eurovision. The closest we got to anything like Loreen was when comedian, radio announcer and host, Gina Dirawi dressed up like her in the opening number.

Although Gina is very comfortable in the role of presenter, her co-host, Danny Saucedo seemed a little nervous. He actually joked about this in a mid-show song and dance number which also featured legendary Melodifestivalen host, Kristian Luuk and pop star, Lena Philipsson. In contrast to last year’s three person hosting team for Melodifestivalen which was just amazing, this year’s Melodifestivalen already seems a little more subdued. It seems as if most of the energy will be going into Eurovision itself, held in Malmö later in May.

My two favourites from the first heat of this year’s competition were quite different. I really quite liked the country rock song, “Burning Flags” by Cookies and Beans as it was a good number performed well. With the glam-rock shades of previous Swedish Eurovision entry, The Ark, I also quite liked Yohio’s “Heartbreak Hotel”. Beyond that, there wasn’t much on offer.

Although I thought it was okay, and I quite like him as a performer, I was a little disappointed with David Lindgren, as it was just too similar both musically, and in his performance to last year’s song. I really liked last year’s song, “Shout It Out”, I guess I just hoped he would do something new this year.

The most bizarre number in this first heat was “Paris” by Jay-Jay Johansson. I saw it described on Twitter as “this song doesn’t have lyrics, it’s just a list of tourist attractions”. I TRIED to like it, simply because it was a little out of the box, but it was just awful.

I also really tried to like “Porslin” by Anna Järvinen. I think she’s a terrific singer, and I’ve really liked a lot of her work in the past. But it was just boring.

It was actually the two production numbers that stood out the most. In particular, the bits when Danny Saucedo revealed his very muscular body. I’m not one for muscles, but you have to acknowledge Danny has an impressive chest.

The other thing which impressed me this year was the improved streaming capacity from SVT. In the last twelve months, my internet connection hasn’t improved, so clearly they’ve done something at their end. I was able to watch the entire program in high quality on my television without any drop-outs or buffering. Impressed.