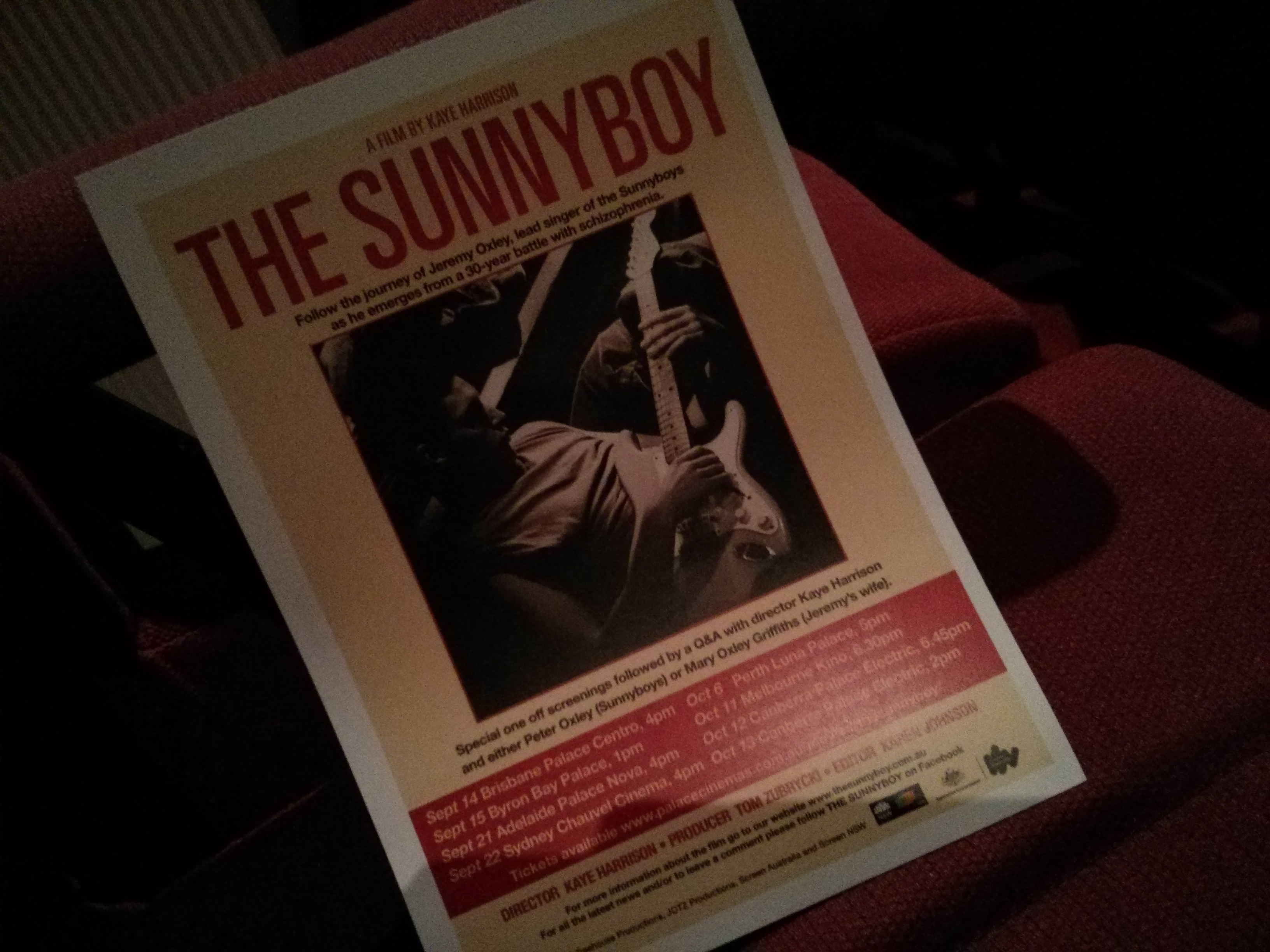 Even though many people may have long-forgotten the 1980’s Australian rock band, The Sunnyboys, they’ve continued to live on in my consciousness.

As a teenager, growing up in Lismore, they were always “special” in a way, because they had grown up at nearby Kingscliff. To see a band appearing on “Countdown” who were also from the NSW North Coast was quite inspiring.

In my high school years, they had a reasonably strong fan base. There was one boy in particular, Graeme, who was almost as well known for his love of The Sunnyboys as I was for my love of ABBA. I liked The Sunnyboys, too, though they were never one of my serious favourites at the time.

Many years later, through friendship I was “re-united” with The Sunnyboys. I saw today’s film with my close friend Kate, who had taken many of the band’s photographs and whose sister, Liz had been in a long time relationship with Peter, the band’s bass player. The video for their song, “Love In A Box” had been recorded at the family home of Liz and Kate’s parents, which I had visited on many occasions.

So, in some ways I had a bit of “inside knowledge” going into today’s screening of “The Sunnyboy”, a documentary about the life story of the band’s lead singer, Jeremy, and his struggle with schizophrenia.

Even though the film-maker responsible confessed at today’s screening she had been a teenage fan of the group also, she said it was her interest in mental illness which led her to make the film.

The film gives a really detailed understanding of the depths to which the condition, without medication, can take over someone’s life. In particular, the destructiveness that can result from “self medication” through drugs and alcohol on top of the illness. On top of that, there’s the desctruction that can occur to family relations. I didn’t know, for example, the extent of the estrangement of the two brothers at the centre of the film. It was also distressing to see the extent of the impact the condition had on the relationship between Jeremy Oxley and his mother, and the desperation she felt, unable to cope with the difficulty of the situation.

“I didn’t want it to be a film with a happy ending”, the film-maker said as she spoke at the end of the film. This was a reference to the “recovery” that you see in the film as Jeremy starts to get his life back on track, eventually performing with a re-formed Sunnyboys. The film portrays all of the characters, in some ways, as being deeply flawed and deeply impacted by Jeremy’s mental health problem.

Thus, it’s a deeply moving film which runs deeper than being a nostalgic look at a short-lived, though wonderful, 1980s Australian rock band. No doubt it will turn up on television at some point.