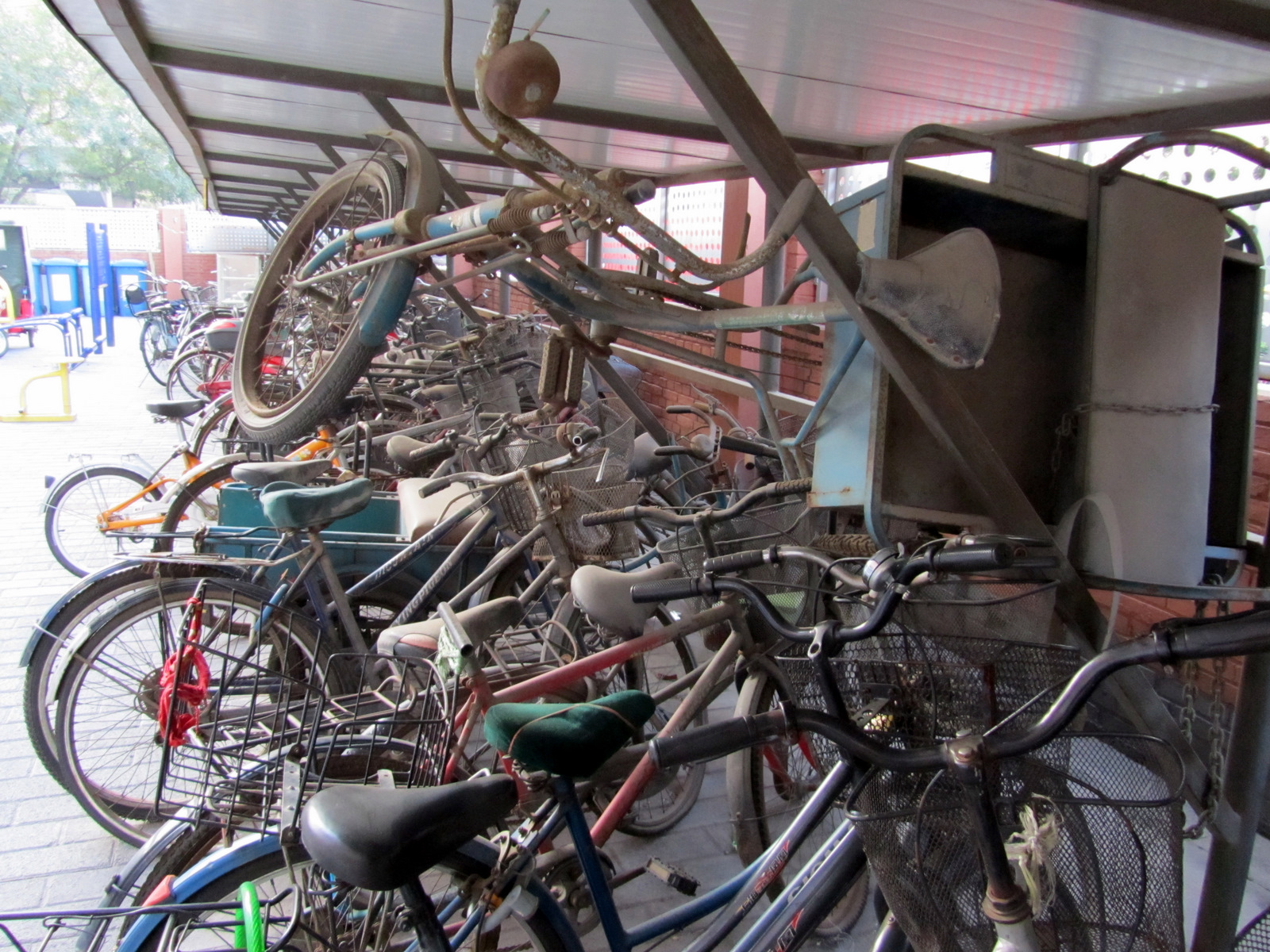 I went shopping today for a new bike. It’s several years since I’ve owned a bike (never having replaced the one that was stolen about a decade ago).

It is also about a decade since the last time I’ve ridden a bike. The last time, I know for a fact, was on Rottnest Island (near Perth) in 2004. As vehicles aren’t allowed on the island, there’s a good business there for bike hire. It was a terrific way to make my way around the island, stopping occasionally to look at the flora and fauna, and occasionally for a swim.

Before that, I can’t remember, though, of course, I’ve been riding bikes all my life.

Although I have a vague memory of little bike with training wheels, my first “proper” bike was a Malvern Star bike I received for Christmas. I can’t recall if it was 74 or 75, but by the looks of the photograph I was about eight or nine years old.

I remember falling off that bike, once, and into one of mum’s rose bushes. It wasn’t a pretty sight.

I also remember riding that bike to school and almost swallowing a sparrow. I’m one of those people who likes to sing. And so, as I made my way along to school, a sparrow flew into my open mouth. I spat it out, of course.

I don’t know whatever happened to that bike. After my mum and dad died, my uncle and grandmother continued to live in the house until they died. I suspect a fair few of my things were thrown out.

Years later, living in Wagga I bought a bike which served me well for a few years in Sydney.

Sadly, the bike was stolen over a decade ago and I never bothered to replace it.

But for the last couple of years I’ve been thinking of purchasing a new bike.

“Don’t worry, I won’t be mountain-biking or going in 100km races”, I told the bloke in the shop today. “I just want a bike to ride around on the weekends from time to time. A little bit of exercise, a ride around the park, that kind of thing”, I added.

After some discussion about what was important to me in terms of quality, weight, price and so on, we settled on a Malvern Star. So yeah, back to where I started with the classic Australian brand.

I was a little wobbly at first, but got my balance back pretty quickly. Having not ridden a bike in close to a decade, I worked up a bit of a sweat as I rode back from Newtown.

I also discovered why Surry Hills is called Surry HILLS :)

Off to a fiftieth birthday party soon around the corner – I think I’ll walk.﻿