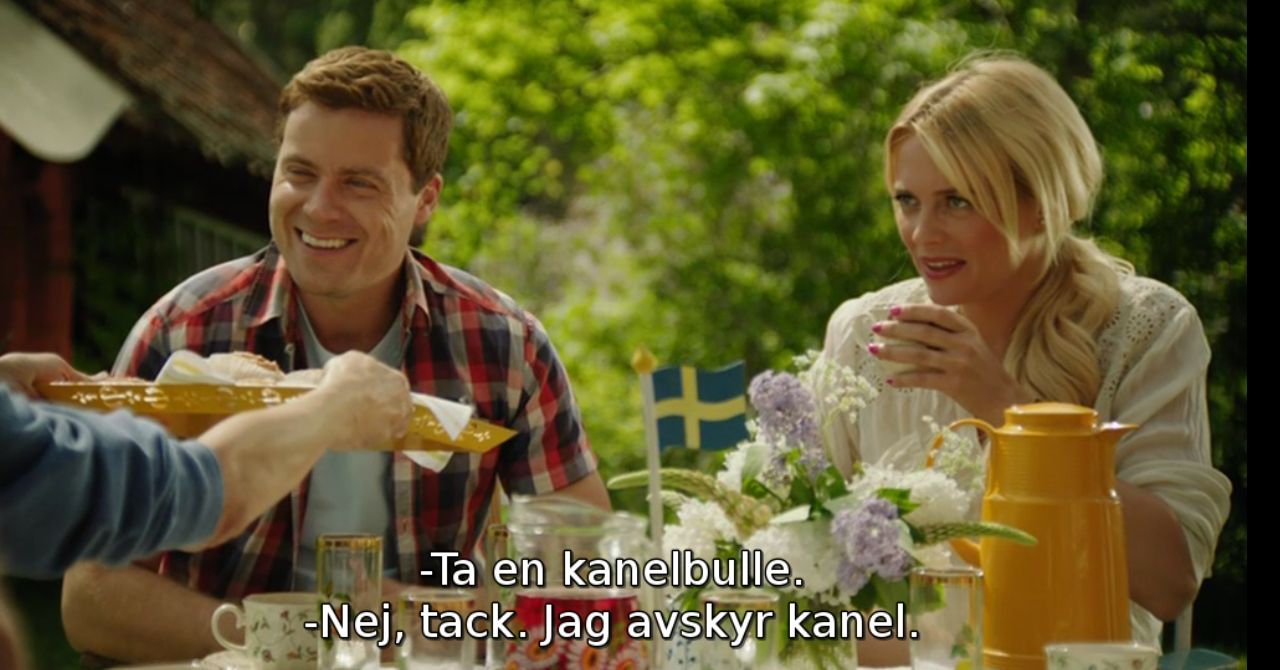 For a few years I’ve toyed with the idea of living in Sweden for a year or two. However, there are a few reasons which have stopped me. Money is, of course, an issue. The fact that I’m 48 years old is also an issue. But there’s also been a fear it could all turn out to go terribly wrong.

I’ve read blogs and have spoken to a number of people who’ve told me it’s not as easy as it seems on the surface, even if I could overcome some of those issues. Although Swedes speak exceptional English, there are lots of cultural subtleties and a lot of unspoken cultural barriers which means it’s not always easy for someone from another country to settle there.

So it’s with some interest that I’ve watched the first two episodes of “Welcome To Sweden”, the new TV4/NBC program which has commenced. Curiously, the program is based around the life story of Greg Poehler (brother of Amy from Saturday Night Live). Bruce made the decision to move to Sweden a few years ago, and has made a career doing stand-up. The fact his sister is Amy (and she was the program’s producer) undoubtedly helped pitch the idea of a program about a bloke who moves to Sweden both to Swedish TV and to NBC. I’m sure it also helped with guest appearances by the likes of Will Ferrell.

But all of that said, it’s also a very funny program. I’ve watched the first two episodes so far and have laughed out loud on many occasions. Having a knowledge of some of the quirkiness of Swedish culture has definitely helped. Noticeably, the humour is affectionate, as the lead character called Bruce learns about Swedish character.

Hopefully, the programme transcends the Swedishness of it all when it makes a debut on NBC later in the year. That said, there’s a lot of Swedish language in the program, which undoubtedly will be eliminated when it appears on American TV. I can imagine there’ll be the occasional word or phrase here or there, but the Swedish version of the program contains probably far too much (requiring subtitles) for a mainstream US audience.