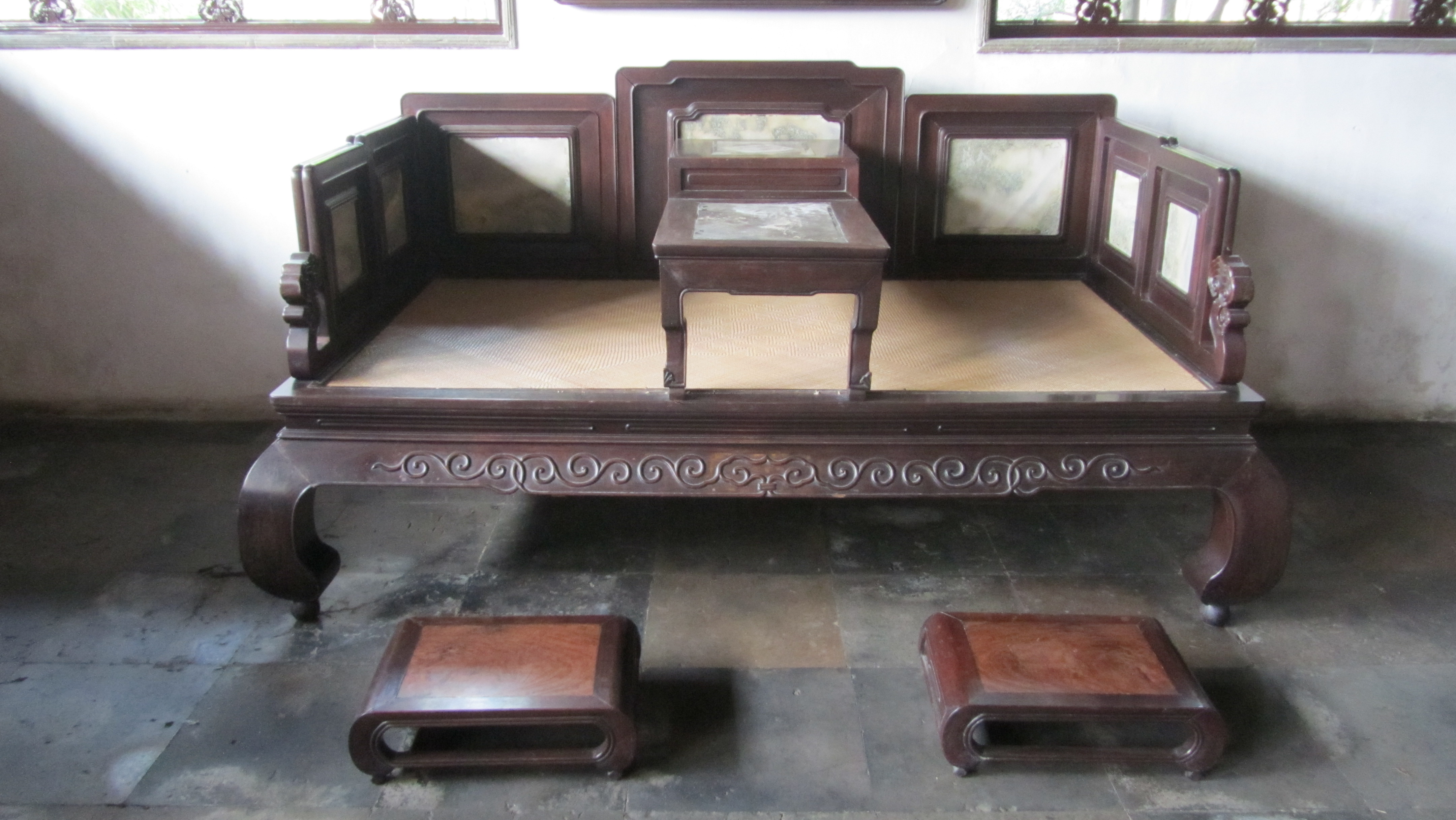 I never thought I’d ever find much interest in silk embroidery images of the Mona Lisa and Chairman Mao, but somehow today I did. We’re spending the night in Suzhou, the silk capital of China (apparently) located about ninety minutes by bus from the centre of Shanghai.

The day started early. Really early. A four-thirty wake-up call for a five-thirty departure for the airport. I think it’s fair to say there was a degree of scepticism in the group about the need to leave so early. But by the time we got to the airport, got our boarding passes, and finally made through the longest and slowest security lanes I’ve ever experienced, we only had short time to sit down before our nine o’clock flight from Beijing to Shanghai.

My friend Kate has also been in Shanghai, and anticipating that we might be at the airport at around the same time, I dropped her an email, asking about her plans. In a strange twist of fate, just as we were arriving, she was catching the fast train to Beijing.

The flight from Beijing to Shanghai was pleasant enough, though I know the meal on the China Eastern flight was a little challenging for some of the tour group. Despite being fairly adventurous with food, I’ve never been much of fan of the “typical” Chinese breakfast which today consisted of congee, pickled vegetables and tubers, and a red bean paste bun. You can imagine, then, the reaction of some of the other members of the tour group who are, let’s say, a little less adventurous than I am. But many of the people I chatted to laughed it off to experience.

In stark contrast, Sue and I loved the Hong Kong BBQ Pork we enjoyed for lunch at Shanghai Airport.

From Shanghai, we headed directly to Suzhou, a city of about eight-million people.

In contrast to the thoughtful, witty and dry “Eddie”, our tour guide for Suzhou is “Jessica” (I’m using their self-defined English names by the way) who was vivacious, funny, and who is knowledgeable and passionate about the city in which she lives.

Our first stop was “The Lingering Garden”, which was absolutely lovely, with lots of ponds, bonsai, and some beautiful mahogany timber furniture. From there was took a cruise along the canals which have earned Suzhou that common epithet “The Venice of The… East/North/West/South”. The cruise was really fascinating, as it took us into the water backyards of people who live along the river which, thankfully for them is heavily regulated, which means they enjoy the benefits of a water lifestyle without the risk of flooding.

Finally, we made our way to for a bite to eat and to view the silk embroidery works at at local art gallery. That’s where we saw the embroidered images of the Mona Lisa and Chairman Mao. The craftsmanship involved in the works we saw was truly amazing, even if sometimes thematically they were a little boring. “The younger artists like to push the boundaries a little” I was told by the tour guide when I asked her. I ended up buying a piece by one of the students. At about $40, it was an absolute bargain, and I really liked the work, even if one of my major criteria was that it should be small enough to fit in my hand luggage. There were lots of other, more major works I really liked, and were within my price range. Just the whole thing of getting a major art work (made of silk) back through Australian Customs was too much to contemplate, though.

So here we are, spending a night (and then tomorrow morning for further activity) in Suzhou. We’re staying in some very nice accommodation, the kind of accommodation I doubt I could normally afford if I was travelling in a country like Australia. So after a swim and a bit of poolside chat, I put on my clothes and wandered for a look around the neighbourhood. The shops were still open at about ten thirty at night, though the neighbourhood was fairly “sleepy”. Nonetheless, I popped into a local bar called “The Deep Breath Bar”.