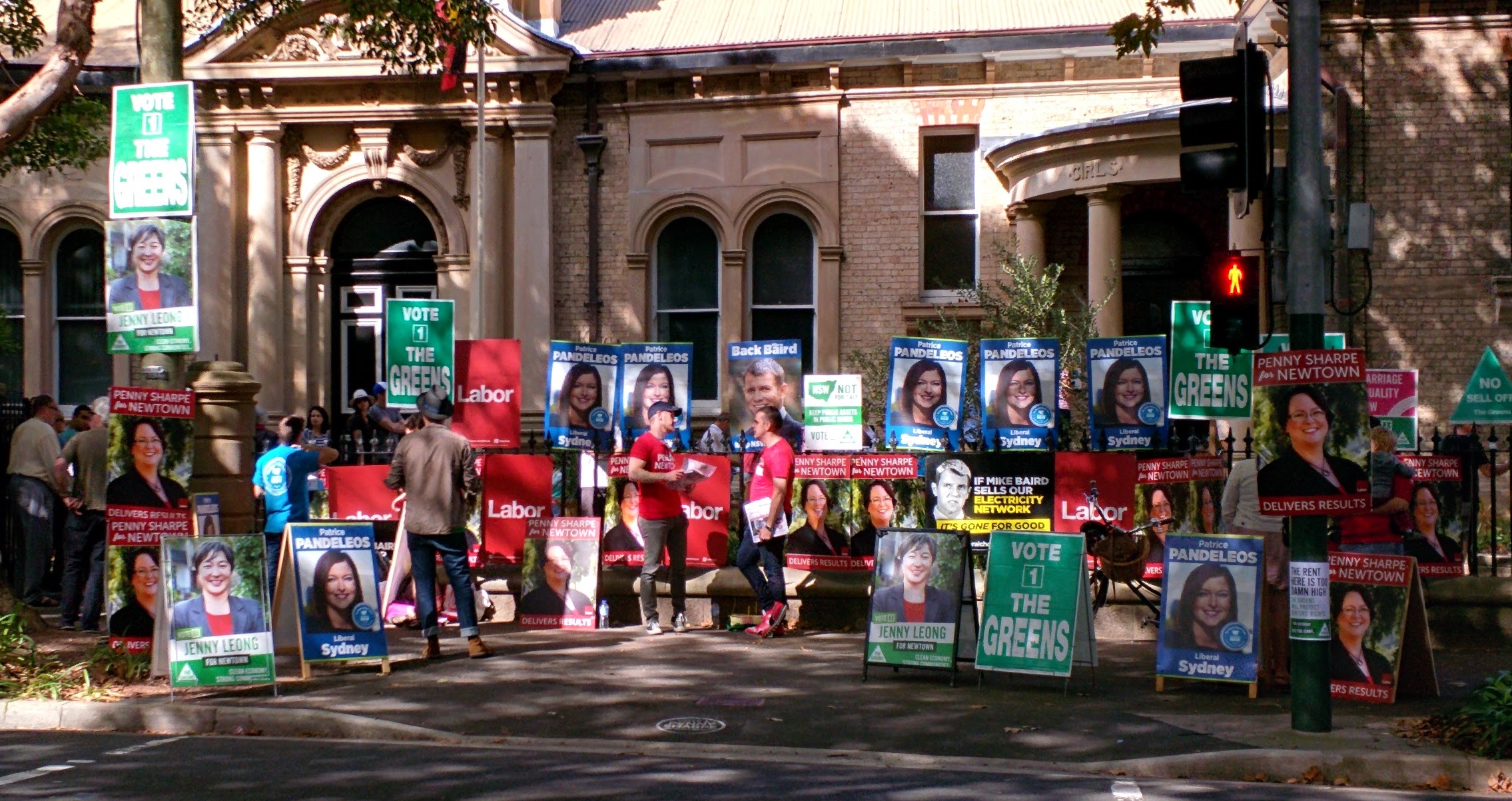 “Normally it’s the queue at Bourke Street Bakery that’s this long” joked one of the people handing out how to vote cards at Bourke Street Primary School this morning. I decided to vote early this morning, thinking the earlier I got in, the more chance I’d have of avoiding a lengthy queue, since Surry Hills isn’t (to my eyes) a community of early risers. How wrong I was.

On top of that, they’ve changed the electoral boundaries, and I’ve been redistributed into the seat of Newtown, , as I’ve previously written about. In previous elections, there’s always been a high rate of absentee voters at this polling booth (due to the large number of people living in rented accommodation and often moving about) which has meant locals were quickly moved to the front of the line. But this time it’s different with local voters forming the large majority of the queue, and it’s the voters of Heffron and Sydney (the neighbouring electorates) who were brought to the front of the queue.

The wait wasn’t too bad, I guess. Maybe twenty minutes? There were times when I thought I might give up and come back later, but I decided to stay around, sniffing the smell of the bacon and egg, sausage etc sandwiches at the stall being run to support the primary school was too great. Unfortunately the coffee wasn’t ready (Bills Blend by Single Origin – hey, it’s Surry Hills) by the time I made my way in to vote. But as I came out, it all seemed to be pumping along nicely. The school also has some very nice cupcakes which made the wait well worth it.