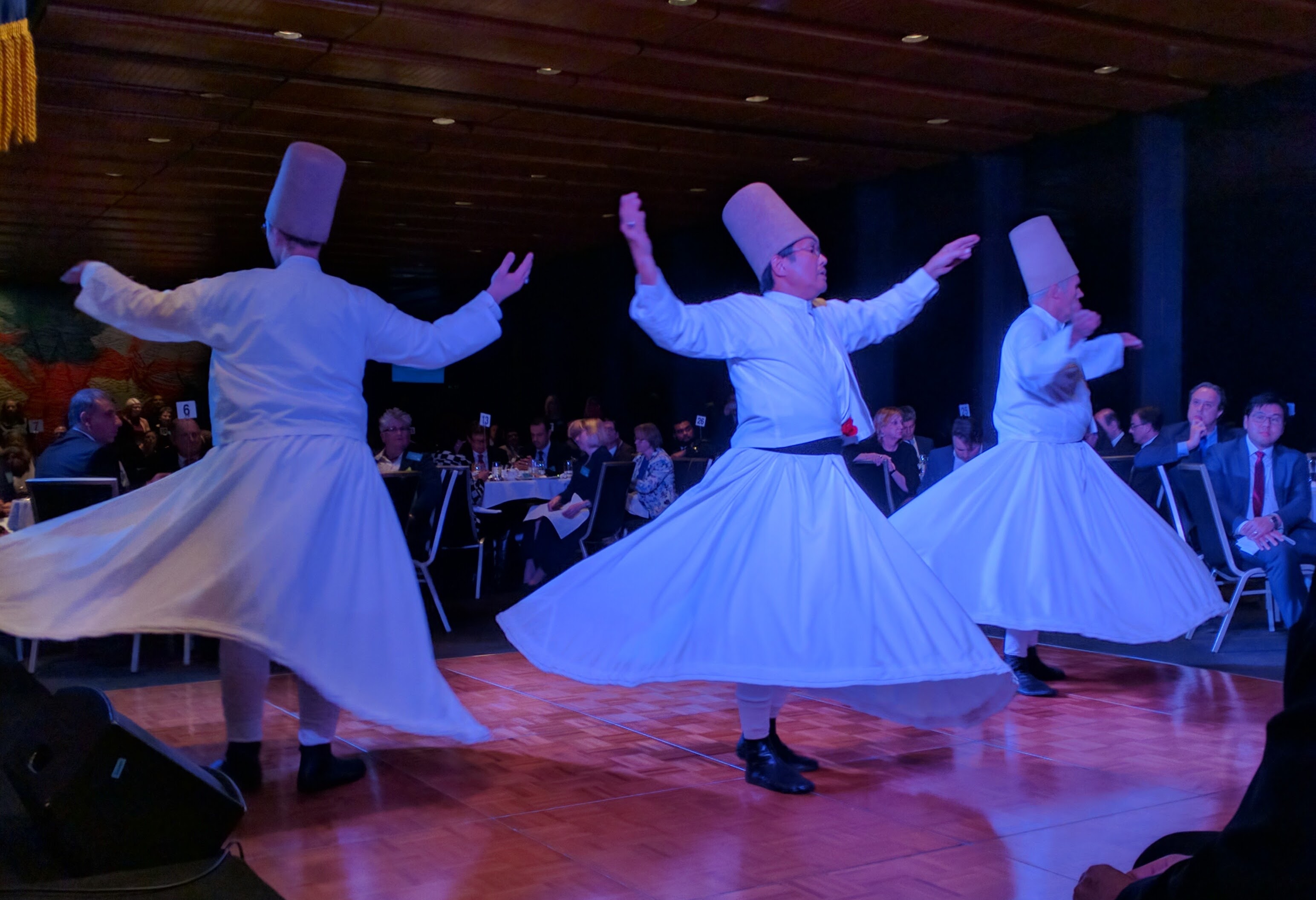 “Please don’t applaud at the end”, we were told about the whirling dervish performance. “This is a religious ceremony. It’s a meditation. So please meditate for a moment. Think deeply. But please don’t applaud”. But after watching the fifteen minute (or so) performance by the Naqshbandiyya Nazimiyya Sufi Order, it was hard not to. “I had to hold my hands together to stop from applauding”, I said to my colleague, with whom I attended the Affinity Iftar Dinner tonight at NSW Parliament House.

Though I didn’t know much about Affinity as an organisation, when I received the invitation a couple of weeks ago, I replied instantly “Yes I would love to attend”. Not only do I love different cultural experiences (food, art, dance etc) and generally learning more about the world, but I also recognise how my job has opened me up to many new experiences. “One of the great things about working in radio, and in journalism, all these years”, I told someone tonight, “…has been that it opens doors. I get to experience things many others don’t”.

As I sat and enjoyed the festivities tonight at Parliament House, I remembered, twenty five years ago, while living and working in Renmark being invited, as a member of the media to a Turkish community celebration. As a reasonably new community group, they wanted the broader community to better understand them. Twenty five years later, that’s probably still the case for many Australians who are Muslim.

Affinity is a group keen on an interfaith and multi-cultural dialogue. They organise a range of events, including dinners where you can go and spend time with a Muslim family. They also organise big events like the one tonight at the NSW Parliament, which I understand is now in its ninth year.

I feel really privileged to have been invited to attend the dinner tonight: to enjoy the food, the conversation, the thoughts and the amazing whirling dervish performance (which was hypnotic). A fantastic evening.

Nineteen years in the Navy, and reflecting on the changes he’s seen as a Muslim Australian in the forces.