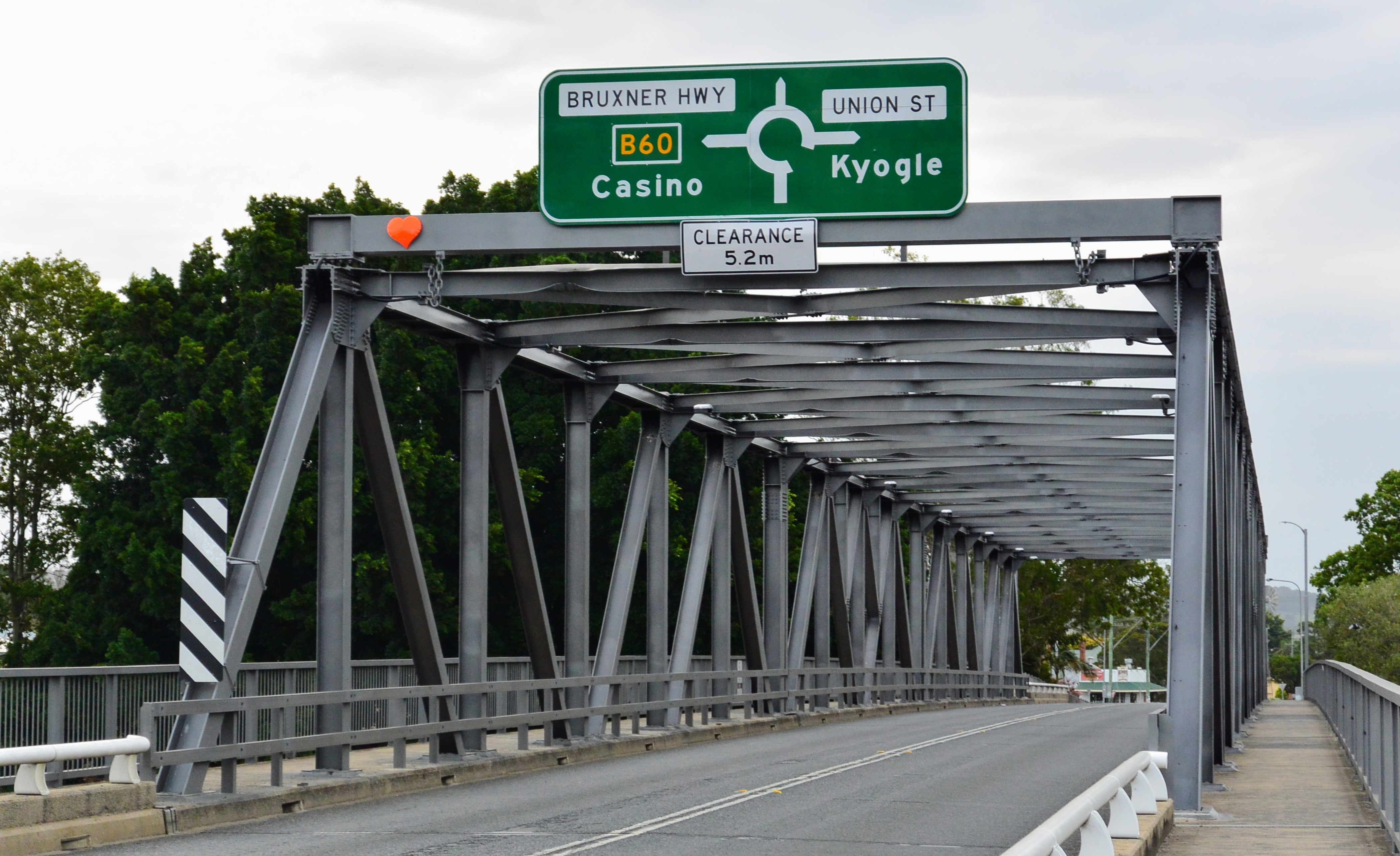 I suddenly realised tonight I don’t know the name of the arched bridge connecting North and South Lismore over Leycester Creek via Wilson Street. It’s not “The Wilson Street Bridge” because that’s the name of the soon to be opened bridge which connects Wilson Street with the Industrial Estate, hopefully easing traffic on Union Street. Even though I’ve crossed the bridge, many, many, many times, I suddenly realised I had no idea if the bridge had a proper name or not. Even Google Maps couldn’t help.

Growing up in South Lismore, I was surrounded by bridges. In addition to the aforementioned un-named bridge, I grew up with the bridge over Hollingsworth Creek, the “double bridges” which connects South Lismore, North Lismore and the main CBD, and of course “The Ballina Street Bridge”. Though suddenly realising I didn’t know if the other bridges have proper names, I’m not wondering if “The Ballina Street Bridge” (as everyone I know calls it) might actually have another proper name I’m not aware of.

But maybe because they’re all so familiar to me, that’s why I have taken their names (at least) for granted.

Nonetheless, I have some strong memories of “The Ballina Street Bridge”. Fishing under the bridge with “Nanny and Daddy Bobbin” (as I called them); standing on the bridge as a child as flood-waters rushed by underneath, carrying with them screaming cattle (I can still hear the mournful cries now, forty years later); carving the initials of one of my earliest crushes into the concrete foundations of the bridge.

And now there’s a new marker on the bridge. A beautiful red love heart, over 5 metres off the ground. How did it get there? Did someone climb the bridge in the middle of the night, ala Spiderman? No, “it’s magnets and a pole”, a colleague told me today. Hopefully, this latest addition to the history of the Ballina Street Bridge will live on for some time into the future?