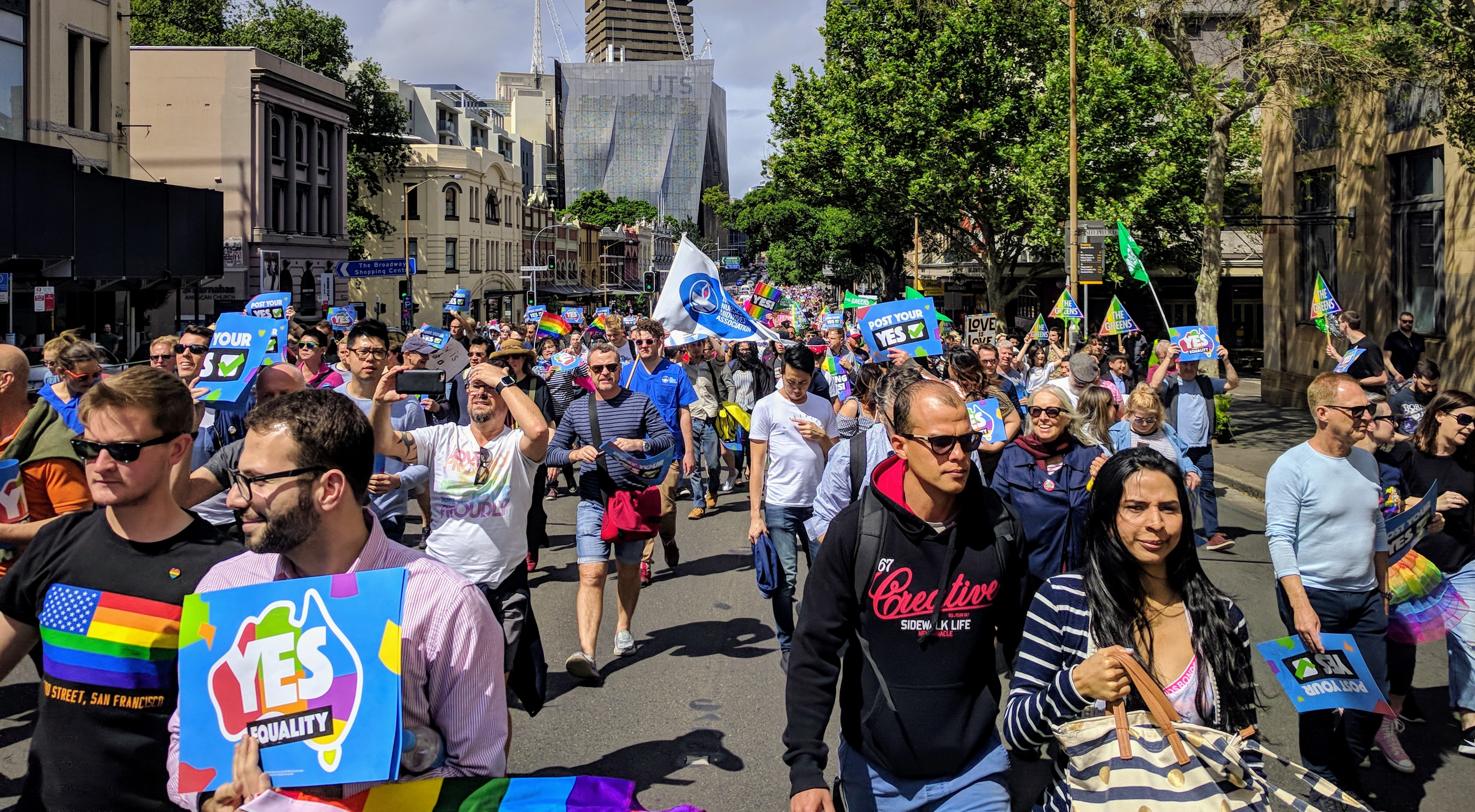 She’s a heterosexual woman with a large number of friends, as well as a large number of clients (professionally) in the LGBTQI community. I was so pleased to see her at today’s march and rally, as she and many, many others recognise, “this is not just a gay issue”.

“To be honest, I’m a bit over it”, I told her, as we reflected on the national “debate” currently underway, which we both agreed had allowed some people to say things which were hurtful and untrue, things they wouldn’t have said previously, and things which wouldn’t ordinarily have been reported in the media. “I just wish it was over so life could go back to normal…”, she said.

It also made me reflect on my recent visit to Spain. Spain is a seriously “Catholic” country, with churches everywhere, a reasonably high rate of church attendance and belief, and yet, it was not uncommon to see same sex couples expressing affection in public. Wikipedia tells me Spain was…

…the third country in the world to allow same-sex couples to marry across the entire country, after the Netherlands and Belgium, and 17 days ahead of the right being extended across all of Canada.

For a country that was once a world leader on human rights (eg: first country to allow women to vote in a national election) it makes me sad so many other countries have preceded Australia on this issue.

And it makes me sad to see our lives “debated” in the way they have, and for the return of homophobic commentary and abuse. In fact, as I made my way to the last rally, I was called a “faggot” by some random member of the public. I was wearing an equality t-shirt, and as I heard the word yelled out at me, I didn’t look sideways. But still the word “hurt” and it brought back many painful memories.

“Hopefully it’ll be over soon”, I told my friend, adding “and of course there are plans for a big party on Oxford Street on the night of November 15, the day of the announcement”. “See you there”, she said.