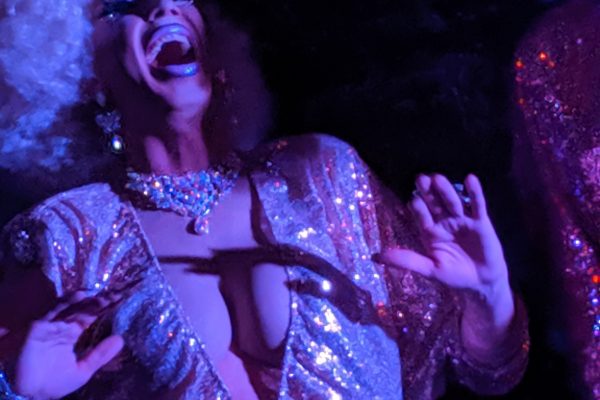 “Does anyone know the last time there was a drag show here at the Newtown Hotel?”, Minnie Cooper asked the crowd tonight. Instantly, my friend Graeme and I knew the answer.

On a Sunday afternoon in November 2007, Graeme and I were due to catch up for a beer, but to our surprise, the night before was the hotel’s final night after many years as a gay bar, and many years with drag shows.

For years, “The Newtown Hotel” had been a legendary “gay” pub run by the very famous/infamous lesbian, Dawn O’Donnell. It was a fun pub that you could hang out with your mates and have a laugh.

Minnie told the story of how she had been in rehearsal for a show at The Newtown Hotel, when the sudden closure occurred. Tonight’s show, she told us, was the show she had been preparing. There were lots of great musical memories of the 80s and 90s, and so both Graeme and I enjoyed it.

As I sat and watched the show, I couldn’t help but reflect on my most recent unfortunate experience at Darwin’s gay bar, “Throb”.

Nothing like that happened tonight at “The Newtown”, thankfully. The crowd was friendly, and incredibly young, compared to us, who you might unfavourably compare to “Statler & Waldorf”.

It’s great to see drag back at “The Newtown”, and good luck to Minnie and others for the return.