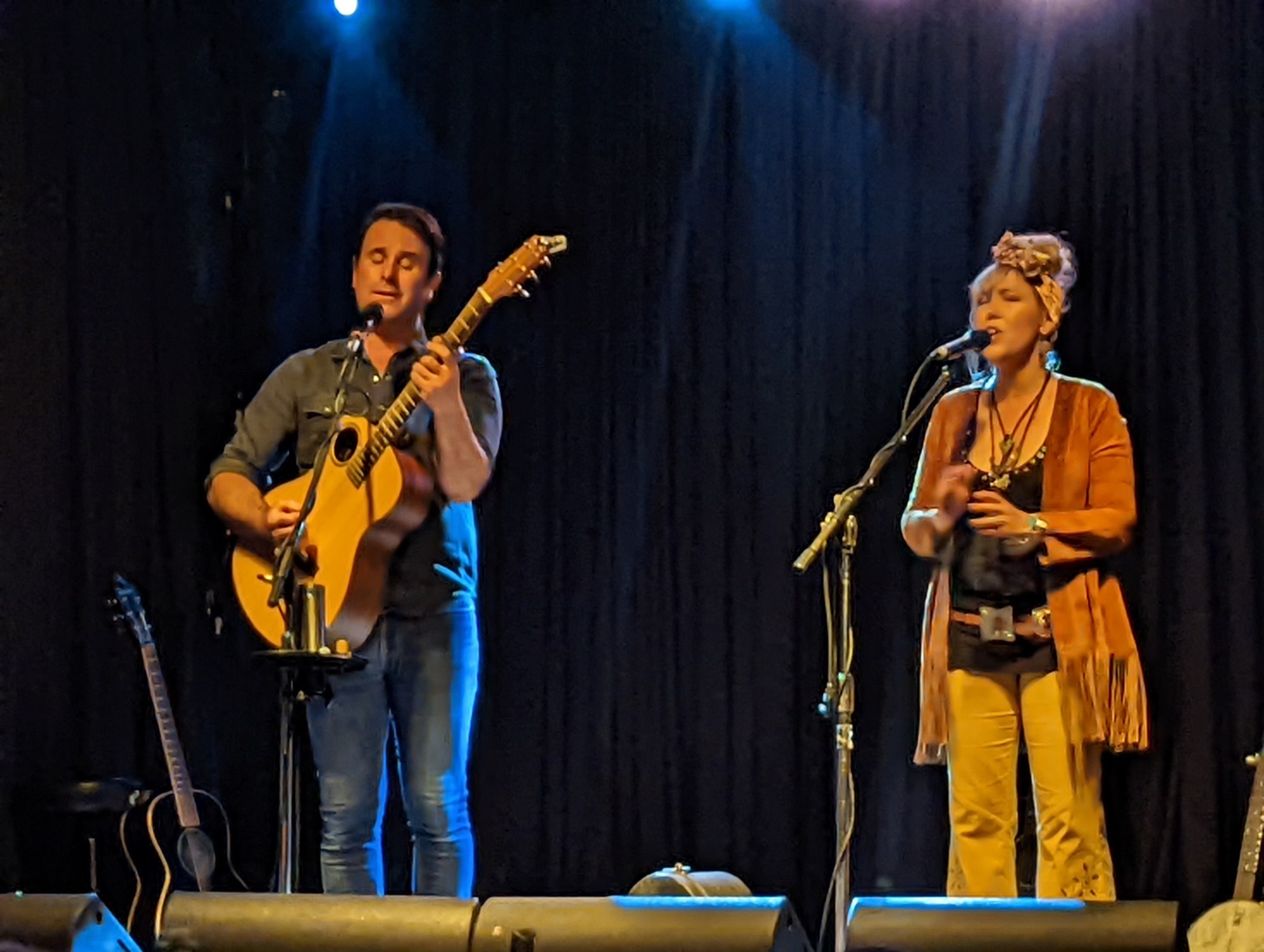 “You made me a little bit teary tonight”, I said to Felicity Urquhart as we embraced after her show at “The Vanguard” in Newtown.

Felicity is a country music singer who actually comes from Tamworth, Australia’s country music “capital”.. “One of the daughters of Trish and Rex” she often likes to say. Though you might also know her from the “Sydney Weekend” TV show, and from her days on ABC Radio.

It was the first time I’d since her perform live since November 2018, at the ABC for the launch of the Tamworth Country Music Festival.

We’ve known each other for at least twenty-five years, going back to my days working as a presenter on ABC Regional Radio.

A few years later I went into management at the ABC and asked Felicity if she would become the presenter of ABC Radio’s “Saturday Night Country”, when John Nutting announced his retirement.

A few months later, we travelled together (along with her late husband, Glenn), to the Gympie Muster, and I still have many wonderful memories of that trip.

You may have read in the papers in the last few years, Glenn took his own life, causing heartbreak to Fliss and their daughters.

Fliss has now entered into a relationship with Josh Cunningham from the legendary band, The Waifs.

Tonight’s show was very much about their beautiful relationship. The first song they performed was about “new love”, as were many of the songs they performed, and they mostly came from their album, “The Song Club”. The “song club” was an actual club, an online means for many performers to pass the time during COVID. Each week, they had to face a lyrical challenge, which sounded like lots of fun.

When I told her how beautiful the show was, and that it almost made me cry, I thought Fliss might have burst into tears too. She is such a great woman, and it was awesome to see her tonight so happy, both personally and creatively. And the songs are great!!

Music has been an important theme for me today.

I woke up early and watched the Eurovision Song Contest. Though I appreciate why Ukraine got the popular vote and won Eurovision, I couldn’t help but feel it was a sympathy vote.  I was reminded of 2016 when the Australian singer, Dami Im, with a much better song, came second to Ukraine, and their song “1944”.

And then the other wonderful musical moment today was the concert held at Lismore Showground. The concert featured the likes of Paul Kelly, Daryl Braithwaite, John Stevens and Grinspoon (a 90s band formed in Lismore), as a “get well” tribute to the people of the town. I wasn’t there myself, but my family were quick to snap up the free tickets.

“It’s a mud-fest here, but nobody really cares”, my niece told me in a message, a reference to the rain and “flood watch” being in place yet again. Will this rain ever stop? She sent through a couple of photographs of her daughters enjoying the show, and there was such joy in them, after all they’ve been through.