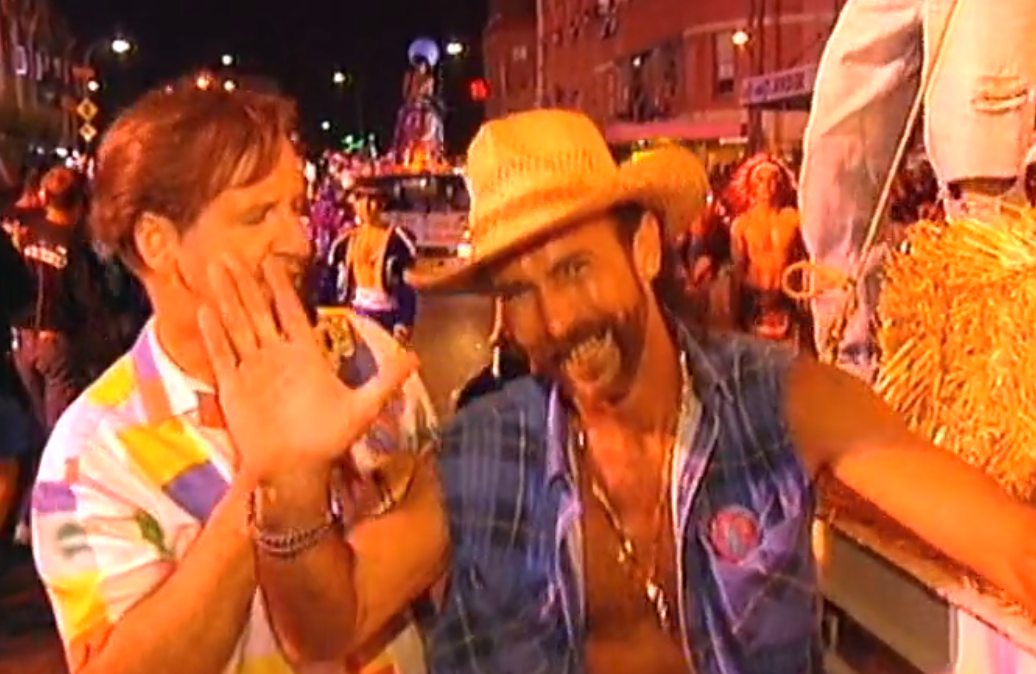 On Monday, sadly, I had to drive to Wagga Wagga for the funeral of Chris Jones. I first met Chris a couple of weeks after the first Gay & Lesbian Social & Support Group meeting was held at his farm, near Wagga Wagga in 1992. I remember preparations for that event vividly: mowing the grass, cleaning up the place, the attendance of about 60 people.

And over the next few years living in Wagga I got to know Chris reasonably well. He was a man I respected immensley, for his honesty and integrity. He was also good fun and always had a smile.

He died last week in his sleep, with a heart-related condition. It was the first time I’ve been to a funeral since mum and dads. I explained to Colin, “I don’t normally do funerals, but this one’s different”. The tributes paid to Chris were wonderful. After the funeral, we went to Silver Springs, the property near Wagga Wagga, where Chris lived.

He was planning to build a house right on the top of the hill with spectacular 360 degee views. It was a great spot to sit, relax, and reflect.

That night, we – Glen and I – joined a number of people who attended the funeral for dinner at Romano’s Hotel.