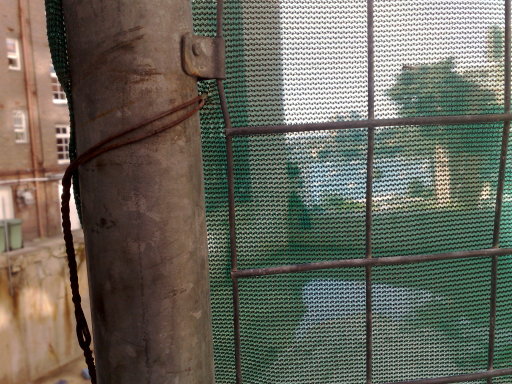 After a really busy week at work, I was in two minds about this weekend. On the one hand, I could have just sat around all weekend doing nothing. On the other, I could have tried to fit in as much as I possibly could before returning to work again. As it is, I found a reasonable compromise: a bit of both.

I had drinks with John and Graeme on Friday night, which was a load of fun, and then I woke reasonably early yesterday morning. My only commitment for the day was lunch with Damien at 12.30.

At about 12.00, however, I had my first “senior’s moment”. All ready to catch the bus to Circular Quay, I’d had a shower, I’d ironed my shirt (well half-ironed my shirt, if you know what I mean), and, fully-dressed was ready to leave the house. Unfortunately though, I couldn’t find my house keys, and thus had to spend about 25 minutes wandering around the house trying to find them. “Are they in the pants you wore last night? Just retrace your steps”, Damien asked and suggested when I rang him to explain why I would be late.

Minutes later, I found the keys in my jeans pocket. It was like one of those moments older people sometimes have where they’re looking for their glasses, only to discover them on the top of their heads. D’oh.

And so, running late I headed onto Crown Street with the intention of catching a cab. As Crown Street was busy, I quickly took control of the situation and gave the cab driver firm instructions about which way I wanted to go. Left at Devonshire, right into Riley, left into Goulburn, up Wentworth, join College and then down Macquarie I told him, emphatically. 10 minutes later and I was at Circular Quay ready for lunch with Damien at Opera Bar.

It was then, however, I had my second “senior’s moment”, as I realised we were supposed to meet at “Quay Bay” at Customs House. If you’ve never been there, I’d highly recommend it, as the meals are excellent value. For just a few dollars more than a main at the Paragon – the pub across the road – you get a really good meal in a nice bar. I had the lamb cassulet, Damien had the trevalla, both of which were excellent and only $20 each.

After lunch I caught the ferry back to Darling Harbour – an excellent trip – and wandered home and did nothing very much last night. I did, however chat online with my friend David about our holiday in France together. And then I went to bed.

I had brunch today with Colin at a cafe – I can’t recall the name – at Kings Cross. Poached eggs with a tomato, avocado and bacon salsa for me, which was great.

As we wandered around Kings Cross we noticed how much the area had changed in the last ten years or so. Actually, the last forty years or so, as Colin had lived in a bedsit in Kings Cross in the 1960s before he went to England. “We had a brothel next door”, he told me, as we wandered down the street where he lived.

And then he showed me the hotel where The Beatles stayed when they visited Australia. “Was it very posh?”, I asked him. “Not overly so”, he replied, telling me they had hoped to stay at The Hilton, though the managers there were worried about all of the fans. Today it looks pretty ordinary, indeed.

As we walked towards the Kings Cross Food & Wine Festival, we noticed a construction site.

I love looking through the gaps in construction site walls. Although it’s mostly just a big hole in the ground, you sometimes notice how spectacular the view will be once they have completed construction of the new site.

At the Food & Wine Festival, we sat and watched the dog show, hosted by Verushka Darling which was great fun. We sat through the speech by the local member of the City of Sydney (pretty ordinary really), and by the local member, Malcolm Turnbull (pretty good actually), before heading off back towards Oxford Street where we parted ways.

Half way along we stopped in for a glass of wine at the Green Park.