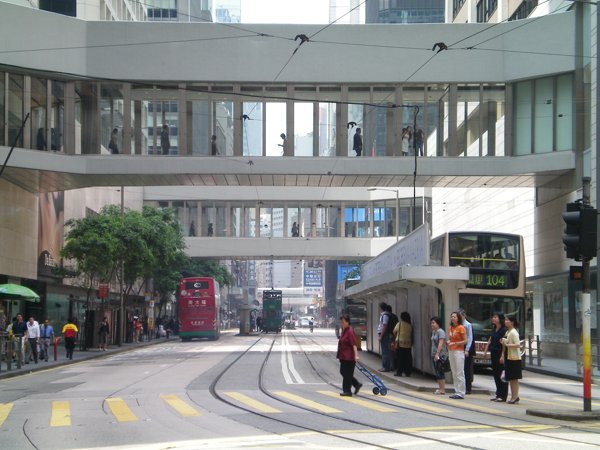 Having spent a couple of days in and around Kowloon, I was keen to discover today a little more of the “real”, Hong Kong. I’m not saying those areas around Kowloon and Central aren’t “real”, but I just wanted to get a non-tourist sense of the place as well. So I hopped on the train and randomly selected Tung Chung on Lantau Island.

I spent most of the afternoon there just sitting and watching the people go by. As you look around, it seems like a fairly middle class district, with a great deal of uniformity in the way in which people looked and dressed. I could have been at any Westfield Supermarket anywhere in Australia. After being in Hong Kong, I so totally understand Market City now.

The waterways and the mountains around the town centre are quite spectacular, and you actually get to see the sky, in stark contrast to the city.

I was also the only non-Asian person I saw in the community.

I don’t know if it’s been such a great tourist experience, and maybe I’d have been better off going somewhere else, but it was interesting to see something of the way in which “the real folk” live.

And so with only twenty four hours left of my “big trip”, I’m now aching to get home. After all this time on the road, I’m feeling tired, and really looking forward to just getting home. I’ve done all that I wanted to do. Now, I just want my bed! And I’m missing friends and family. See you soon.