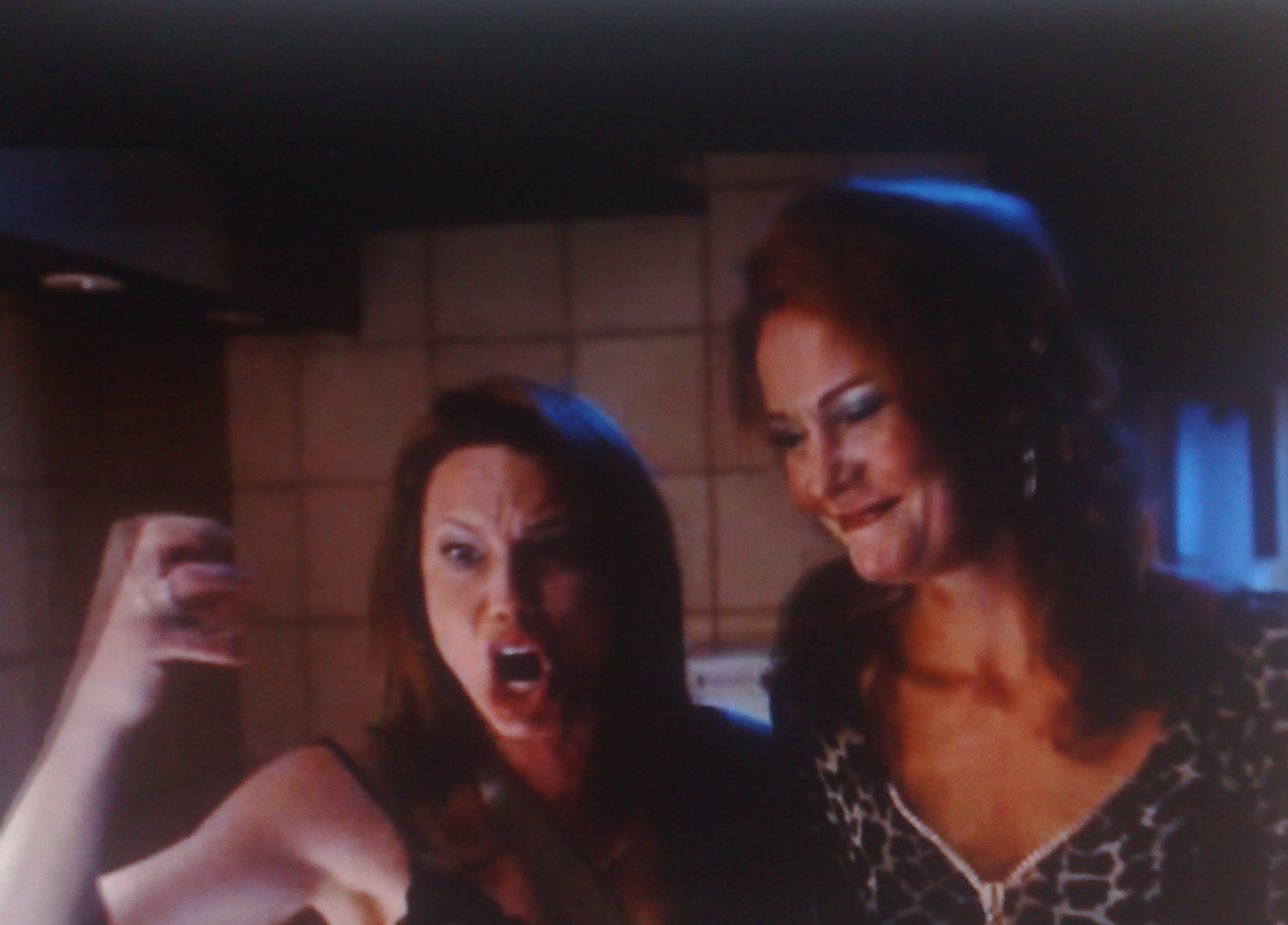 Since my baby left me…

The film was billed as a Swedish version of “Thelma and Louise”, but I think it’s much more than that, although the central theme remains that of mature-age female friendship.

The movie starts with a full-on exchange between the two main characters, Lisa (a doctor specialising in women’s health) and Gudrun, a parking inspector.

Gudrun presents Lisa with a parking ticket when she is already running late for a wedding.

The phrase “f…. c….” is used repeatedly in the first five minutes of the film, which I guess should give you an idea of the honesty and rawness exhibited in the movie.

After this exchange they meet again, and form a friendship based upon their common experience of marital infidelity.

As their friendship develops, there are some very funny scenes, especially when they go out clubbing together. There’s one very drunken moment which puts the current brouhaha involving Andrew O’Keefe into some perspective. “We’ve all been there” I thought to myself as I laughed out loud watching them walk drunkenly around the streets of Stockholm late at night.

And there’s another amusing scene where they end up at lesbian night at “The Heartbreak Hotel”. “I’ve danced with girls all my life. They’re fun and smell nice”, Lisa declares, opening up the possibility of a more intimate friendship between the two.

The film also examines the complex nature of friendship as Gudrun declares to Lisa at one point she recognises she has overstepped boundaries of their friendship.

And there’s also some very tender moments when the two women confront the men in their lives about their infidelity.

“This is pathetic”, Gudrun declares, when her ex-husband, whom she has described to Lisa as “dead”, decides he wants to come back after his infidelity.

There’s a strong feminist theme throughout the film, which is matched by the music, a variety of very strong Swedish female singers including Nanne Gronvall, Shirley Clamp and Eva Dahlgren.

As I watched the film with some knowledge of the Swedish language I tried to ignore the subtitles, and for the most part I was able to follow the action, and identify large parts of dialogue purely by listening. It was quite a breakthrough, as I’m much better reading text than listening to dialogue.

I was also quite aware of some of the subtleties of the Swedish translation into English including the translated phrase where one of them describes “it was like being at a fun-fair”. The actual words used was that “it was like being at Grona Lund” which I recognised as the name of a fun-park in Stockholm.

As you know, I’m a bit of a Swedo-phile, so it shouldn’t be too much of a surprise to discover I really loved this film. And there are some parts about the film which are “very Swedish”. But it translates pretty well too.

As I watched the film, I kept thinking “why don’t we make films like this in Australia”? Why are so many of our feature films grim and so far removed from the experiences of those watching them? This was a film about real people told with honesty and realism, but with the audience also firmly in mind. I loved it!