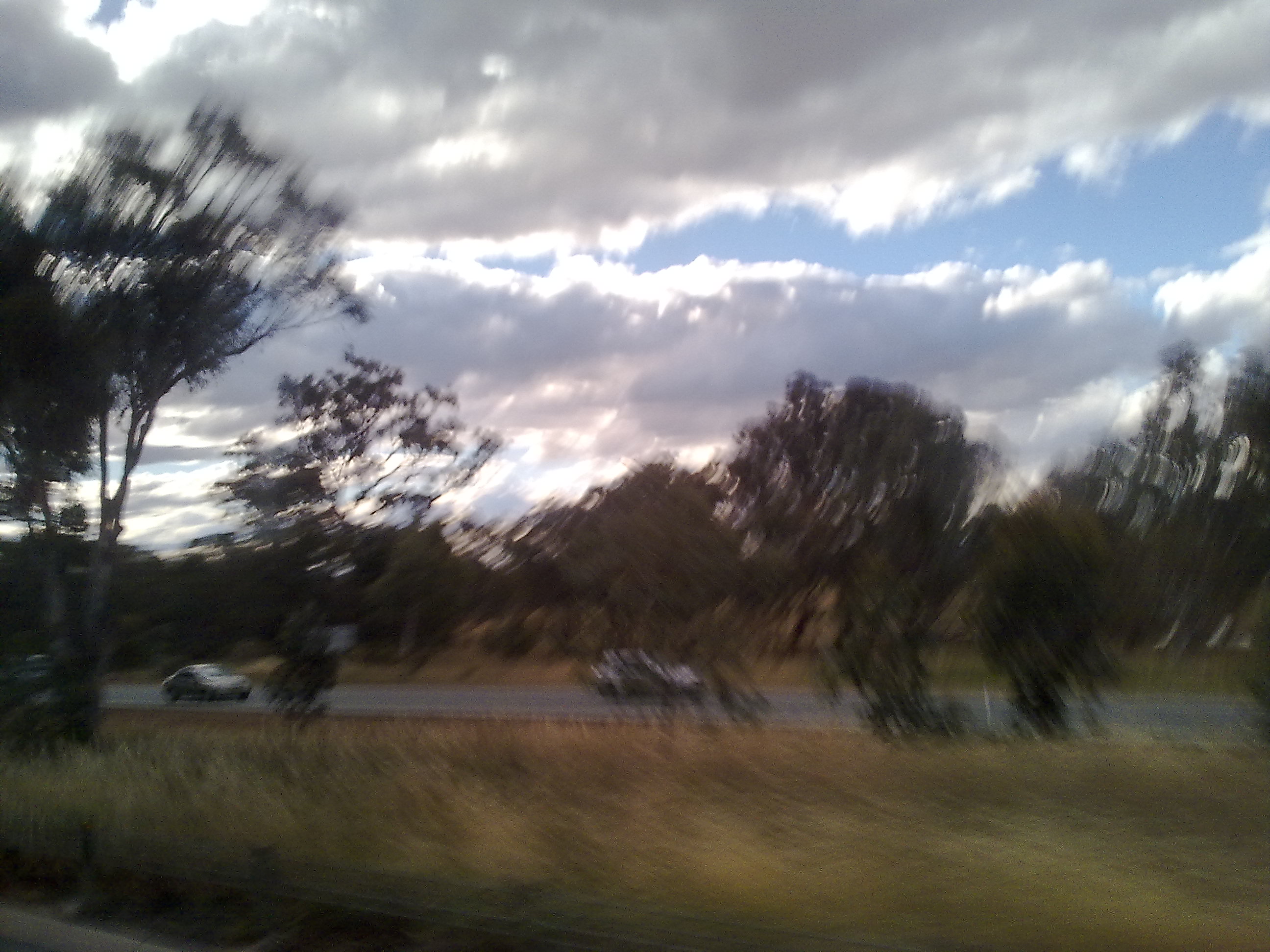 The trip back from Canberra was reasonably peaceful. Well, aside from the first half-hour where the bloke behind us had a very loud work-related conversation on his mobile phone. Ordinarily, I would have turned around and asked him to keep it down. But since he identified the company he worked for so early in the piece, the journalist inside won out, and I decided it was far more interesting to listen than not to listen. I learned a lot about how incredibly bureaucratic this particular private-sector organisation was, and how someone (named) was about to be shafted, amongst many other interesting items. It was all a bit too in-house to make a half-decent story, but it was a good reminder about how you should never discuss work-related matters in a public space. You never know when there’s a journalist listening in to your conversation. Well, the whole bus was listening in, so I could hardly be blamed if some of the information ends up in the public domain.

It was an interesting end to our final day in Canberra which started off with a mid-morning coffee at the Canberra Centre, followed by a screening of “Slum Dog Millionaire”. Sam and I were both surprised at how busy the cinema was at ten o’clock on a Tuesday morning. Although we both had a basic idea of the plot-line, neither of us was really prepared for the emotional onslaught that came with the movie. The basic plot-line concerning an impoverished young man from India who wins “Who Wants To Be A Millionaire” sounds like a reasonably easy, feel-good kind of film. But of course it’s much more complex than that. And I’d read some fairly damning reviews of the film describing it as “poverty porn”. “What did that mean?”, I thought to myself as I watched some of the more graphic parts of the film. “How could you possibly ‘get off’ on poverty?” I asked myself.

It was then I came to the conclusion those who felt that way had no feeling at all. They were somehow trying to dismiss something quite distressing as some kind of insincere filmic device. I came to the conclusion reasonably quickly the film-makers wanted to show the incredibly complex nature of life in India where some parts of the country have been radically, economically transformed.

“You want to see the real India”, one of the characters says to an American tourist at one point, “well here it is….” Thus recognising and addressing head-on the almost-voyeuristic nature of some forms of Western tourism, where it’s all about the Western-person’s experience of the poverty, rather than the poverty itself. Actually, that’s a complex discussion I’m really not in a position to go into further. It’s probably best that I stick to what I know, and by that I mean my experience of the film.

For about two hours my stomach was in knots. The film has a great narrative, as the drama builds about whether or not the young orphaned man from the slums will achieve “the dream” of money and romance. Because of all the tension I was deeply moved. I think it’s one of the best films I’ve seen in the last five years. It engages both the heart and the mind. What could be better?

After the film, we caught up with a colleague who I’d hoped to see while visiting Canberra, and then had some lunch.

And before you knew it, it was time to catch the bus back to Sydney.

The bloody internet company still hasn’t resolved my problem, and so I’m still without the net at home.

It’s okay though, since I’ve had time to catch up on my blog, and to enjoy being back home after a few days away.