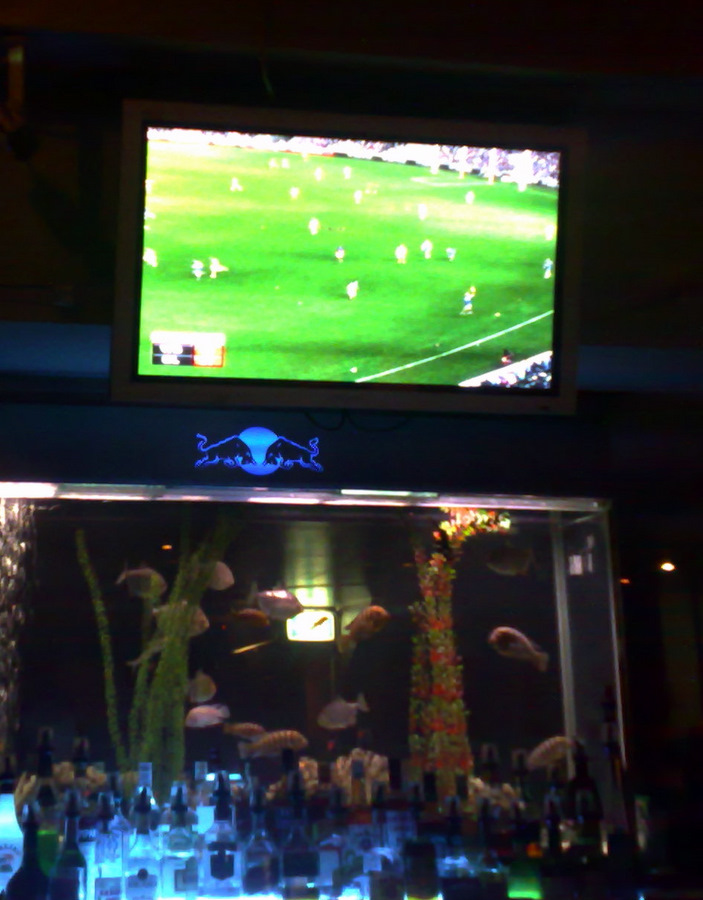 Graeme and I went to the pub tonight to watch the footy. Well, it wasn’t so much “Graeme and I”, it was more “Graeme”. We were sitting at the pub tonight having a few bevvies, chatting, and watching the world go by. And then all of a sudden, I noticed Graeme was watching secretly but consistently watching the television out of the corner of his eye. I looked up at the screen, just as they were showing a close-up of Kevin Rudd and Julia Gillard sitting in the crowd. “Who are the WB and BL’s?”, I asked Graeme, who responded instantly.

For a card-carrying poof, Graeme seems to know a fair bit about AFL. “It’s the only code of football”, he added as I noted his interest. But that’s what happens when you grow up in an AFL state like South Australia or Victoria, which makes the states culturally quite different from NSW.

I doubt you’d find someone from NSW who would say “NRL is the only code of football”, because, culturally – and this is a vast generalisation – as a group of people we just don’t care that much. Anyway, indicative of how people in NSW feel about football, I’m now bored with this topic and so will move on to the rest of my day.

Other highlights included going out for lunch with a couple of colleagues, with the intention of choosing a venue for our Christmas Lunch (done), picking up a cake for someone’s birthday, and buying some flowers for someone about to have a baby.

We all loved the cake (half the price of the usual cakeshop we use around the corner, and much healthier and tasty), we loved the pub, and we loved the flowers, though we did have a laugh in the flower shop.

“We only do monochrome”, the florist noted, when we asked about how she puts flowers together. Whereas some people like bunches of flowers of many different colours, her approach was keep it simple. It was almost as if she was saying, “We do it to save people from themselves…” We all had a good laugh about that, and a new phrase, “We only do monochrome” has somehow found its way into the lexicon of our workplace. :)

The only other thing of interest today was seeing the “September 11 Architects” outside the ABC and UTS. They were from a group called “Architects for an investigaton” (or something like that). I only had a brief look at their paperwork, but they seem to be a group of the view the Trade Towers should not have collapsed from the impact of the aircraft, and that something else caused them to come down.

So yeah, it was an interesting and somewhat varied day.