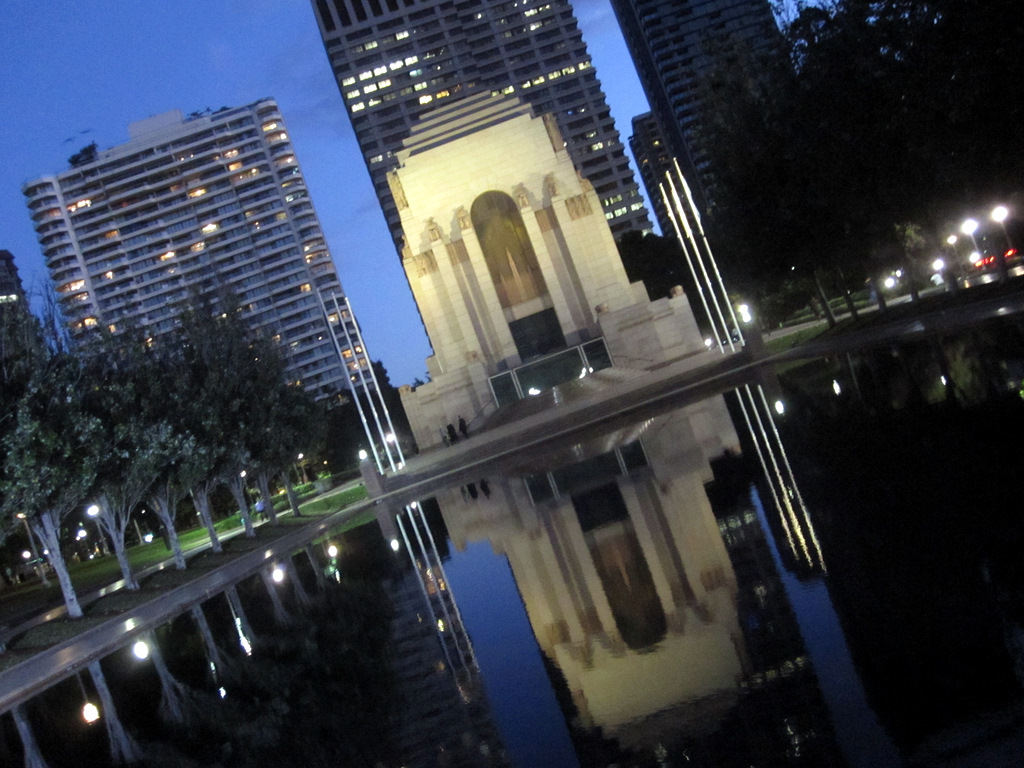 As I walked home via Oxford Street tonight the gay bars were full of people in uniform. Stonewall, in particular, with crowds flowing out on the street. I saw two guys in uniform having a bit of a cuddle, and not in a “mateship” kind way. Now I see where the navy gets the reputation it has from. But what a refreshing change it must be for the men and women in the defence forces who, twenty years ago, might have found it difficult to be so open about being gay in the military.

I went this afternoon to the Dusk Service at the Martin Place Cenotaph. As much as I thought it would be great to go to the Dawn Service, the combination of cold weather, rain and laziness on my part kept me in bed. I was looking forward to going, because for the last four or five years, I’ve been working for Anzac Day. Sometimes I’ve been in Hyde Park for the march, but I’ve usually been back at the radio station making sure our coverage all went to air okay.

This year I had a different Anzac Day work challenge, putting together a 24-hour digital radio station dedicated exclusively to Anzac Day themed content, some of it new, some of it from the archives, and a lot of it being live to air. So I missed the dawn service, but made up for it by going at dusk. “A more informal affair” was how it was described this afternoon’s MC. And indeed it was, with a much smaller crowd than the many thousands who attend the Dawn Service. Nonetheless, it was a lovely service, and the only thing I felt a little uncomfortable with was singing “God Save The Queen”. Noticeably hardly anyone sang along to it, whereas the crowd sang “Advance Australia Fair” loudly and proudly. I guess part of the reason may have been that so many young people probably don’t know the words to “God Save The Queen”. We stopped singing it art school when I was 10 or 11, which means there’s a whole generation (nearly two??) who aren’t that familiar with the song.

Aside from Anzac Day festivities, I had lunch with an old school friend who lives in Newcastle these days. She had come to Sydney to put one of her sons on board a plane to spend a few days with his aunt and grandfather in Tasmania. So I spent the day with her and her other two children, now aged 13 and 14. OMG, can you believe that?