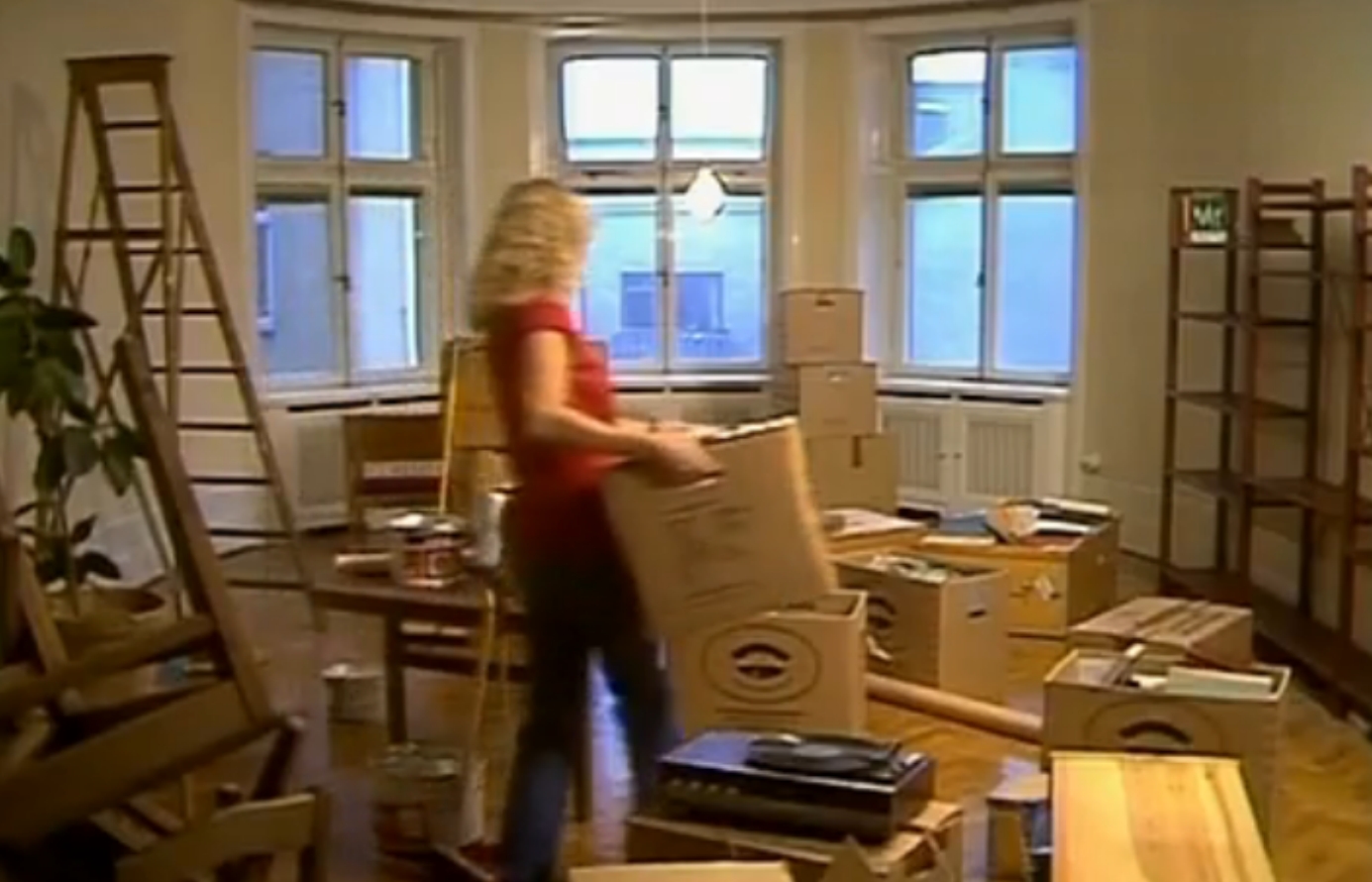 No, not me. It’s my friend The Best Judge who is moving house in the next week or so. So I spent much of the day, along with another friend, helping him put things into boxes, and carrying things up and down stairs.

“Oh my goodness”, I shouted from the bedroom. “What’s up?’ came the reply. “Madonna’s first album was released on vinyl! Can you believe that?”, I said. That makes Madonna very old in my book.

As we three gentleman are of a certain age, I told them the story of a younger producer at work who needed help a couple of years ago in getting a track from an old vinyl record. “You just put the record on the turntable, make sure the needle and record are clean and find track 5 and bring it up through the desk…” I told her. It was as if I was speaking in a foreign language. I had to show her the gaps between tracks on a record, and how you had to count to find the track you were after. Seriously. I laughed for ages after that occurred.

Half way through the day I also amused my friends with the anecdote that I have a couple of tea chests in the garage which remain unopened from when I left Brisbane. “When did you leave Brisbane?, one asked. I responded simply, “1988”. I’m guessing that I no longer really need what’s contained in those tea chests, or… as I call them now… “my time capsules”. Odd, isn’t it, that I could have boxes which remain unopened, despite moves in between to Bourke, Renmark, Wagga Wagga, and then finally Sydney.

My dad was a hoarder too. It must be in the genes, this desire to hold on to physical things. Or perhaps there’s a deeper psychological thing going on?

Either way, things have been changing. For the last few months I’ve been engaged in an exercise of “de-cluttering” my life.

I’ve taken the one item a day model of removing things from my life which aren’t necessary, or which I no longer need. Every day I’ve vowed to remove one unnecessary item from my life. It could be a book. It could be a magazine. The magazines have been going to the recycling bins, and I’ve been giving the books to “the cosmos” (aka the back laneway) for whoever might want to collect them. And by and large, they’ve disappeared quickly.

I did something similar at work a couple of years ago, when, one day I concluded that I had too many cupboards and shelves, and that’s why I had so much stuff there also. In the industry I work in, we receive lots of CDs, DVDs and books every day. But now when I receive something new I rarely keep it, preferring instead to give it to someone else.

It’s quite liberating not to have “stuff”.