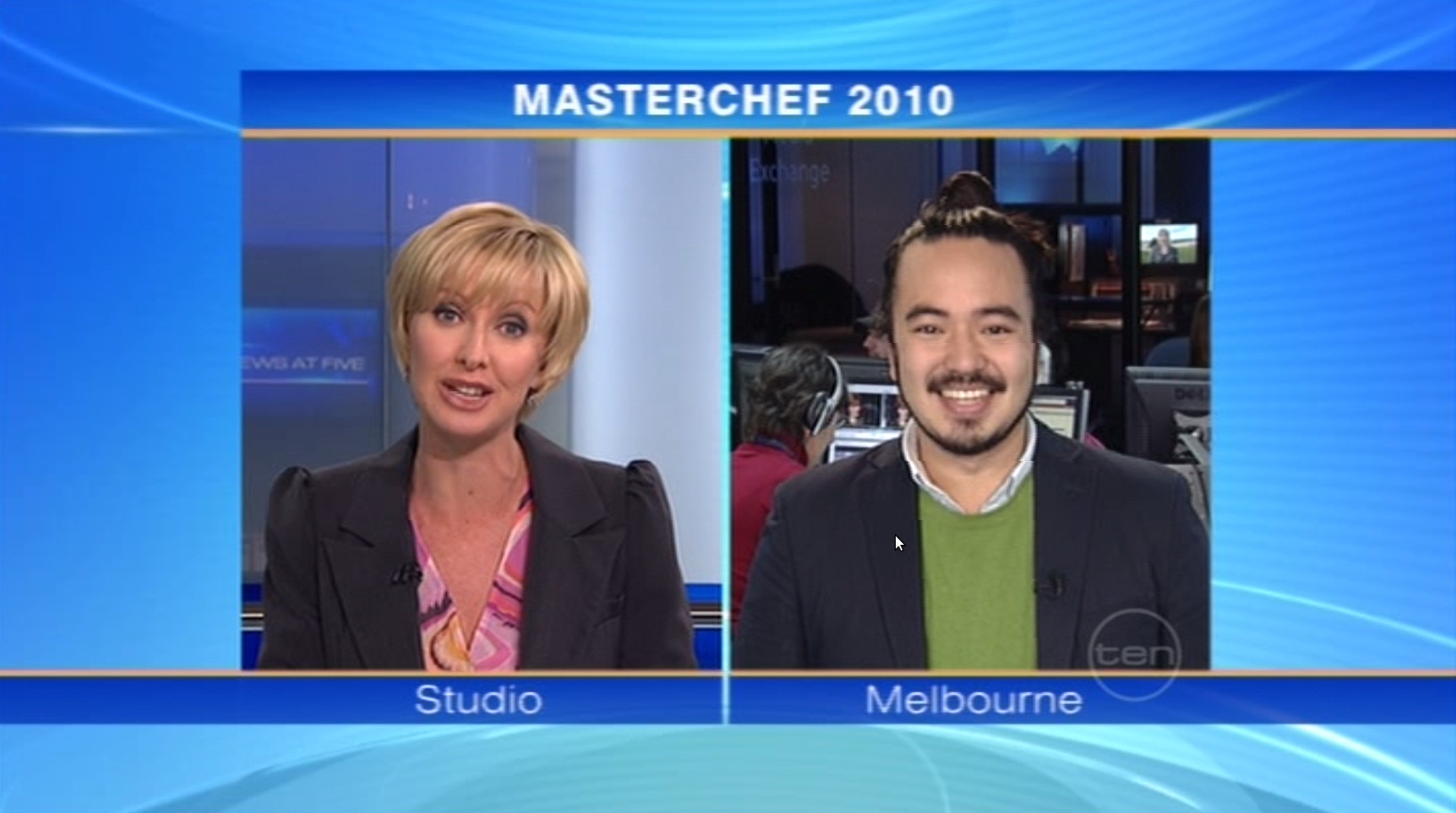 Last night, one in four Australians watched “Master Chef” apparently. I wasn’t one of them. Although I’ve seen the program on occasion, I haven’t watched it as enthusiastically as many others have. I saw the show in Paris and enjoyed that, and I watched a few episodes of the previous series, but I haven’t gotten into it this time.

And so I’ve had to catch up with things today. First, at work. And then later on Channel 10 News. And then later on Today Tonight and A Current Affair. Today Tonight went with the anti-Master Chef theme quoting a few people who said the contestants will never make good chefs in their own right. Meanwhile, A Current Affair went with the pro-Master Chef theme, cashing in on the good will the program obviously enjoys.

I caught the Channel 10 piece more because I wanted to record something on my new PVR.

I bought a REALLY good VCR about 10 years ago and, to be honest, haven’t used it all that much since I got Foxtel five years ago, started watching downloads and DVDs, and began using catch-up technologies like iview. I watch television, though it’s mostly background noise. Thus, I’ve never really had much need to record programs.

I’ve looked at recorders from time to time and have never really had the great desire to buy one. I’ve always been worried the capacity would fill too quickly, or the technology would pass me by. Lots of reasons not to buy one, because I didn’t really think I’d use it.

But then I saw a cheapie set top box the other week from Kogan – the same company I bought my DAB+/internet radio from – which I concluded fulfilled my minimal need for something like this at a reasonable cost. In this case it was $79 plus postage and handling.

So far I’ve been experimenting with recording to USB to make sure I understand the technology. Later, I’ll connect it to my external hard drive which has sufficient capacity to record hours and hours of endless crap. Using this I can simply transfer via USB whatever I might want. It also gives me the capacity to use USB or external hard drive to watch things via the television set.

“It’s my new gadget. My new toy”, I told a mate at work today. I’m probably not going to use it all that much, but at the moment it’s fun.

And although I’m a uber-geek when it comes to things computer and technology wise, it helps me get up to date with the magical world of recording digital television.