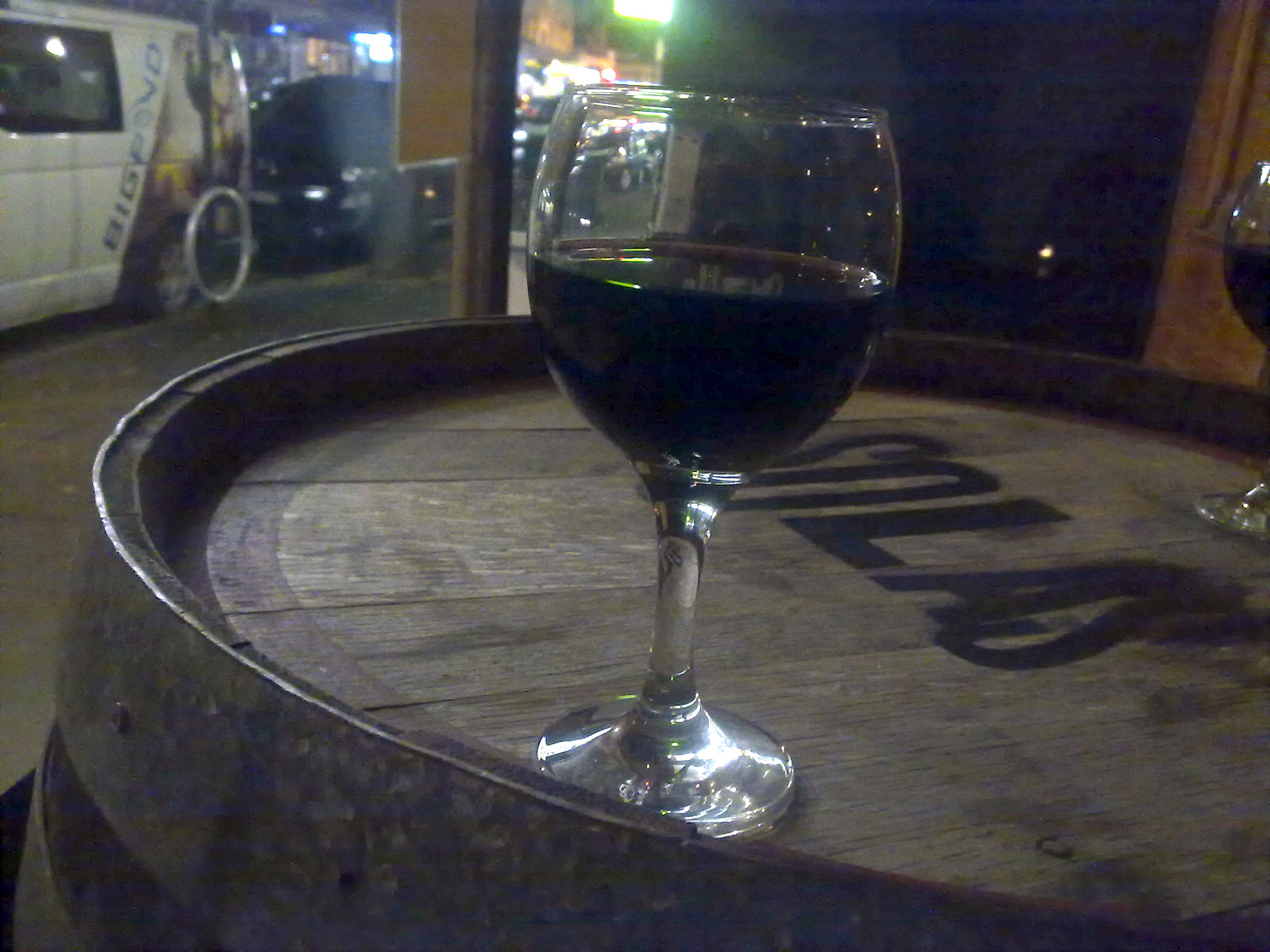 Damo and I were crossing the street headed in the direction of one of those new “Sydney-style Melbourne-style bars”, as I like to call them, we have in Surry Hills. This one has opened up on Crown Street, between the new tapas bar (formerly “Paua”) and the classic Surry Hills pizza restaurant, “Wood & Stone”.

For me, the space still reminded me a little of the once-named (and much visiited) “Camperdown Cellars”, which has since moved down the road to become “Surry Hills Fine Wines”. Sitting in the front-window, as we did for a while, I couldn’t help but be reminded of its former retail incarnation.

Inside, the crowd was predominantly aged in their late 20s, with a “dressed-in-black with scarves” Melbourne/indie vibe about them. The bar staff were really, really good. They were friendly, smiley, and knew their stuff. We had a glass of white and some small tapas dishes, including some very yummy pork belly which was good. The perfect entree.

We were on our way to the once visited, Xage, which continues to feature a review of mine on their website, about which I’m very happy.

The place continues to have a good vibe, and we got in with only a slight delay. Tonight’s meal was pretty good – the rolls were an excellent entree – though the chicken curry we shared as a main was, perhaps, a little disappointing. The texture suggested the chicken was maybe a little over-cooked. But even so, it’s still a fantastic place to eat.

To our left there was a group of people celebrating a birthday party. A table of 8. Six women. Two men. “That’s just wrong”, Damien commented, noting that amongst the eight they were sharing one bottle of Rose. To our right was a middle aged couple, their daughter and her friend. Much of the conversation revolved around how to eat at restaurants around the idea of balancing meat and vegetable etc.

After dinner we returned to Solas for a final drink of the night, concluding it was a good bar, worth revisiting. As we noted, as we walked around Surry Hills, the area continues to change from when Damien used to live here. A whole different vibe, and by no means, soulless.