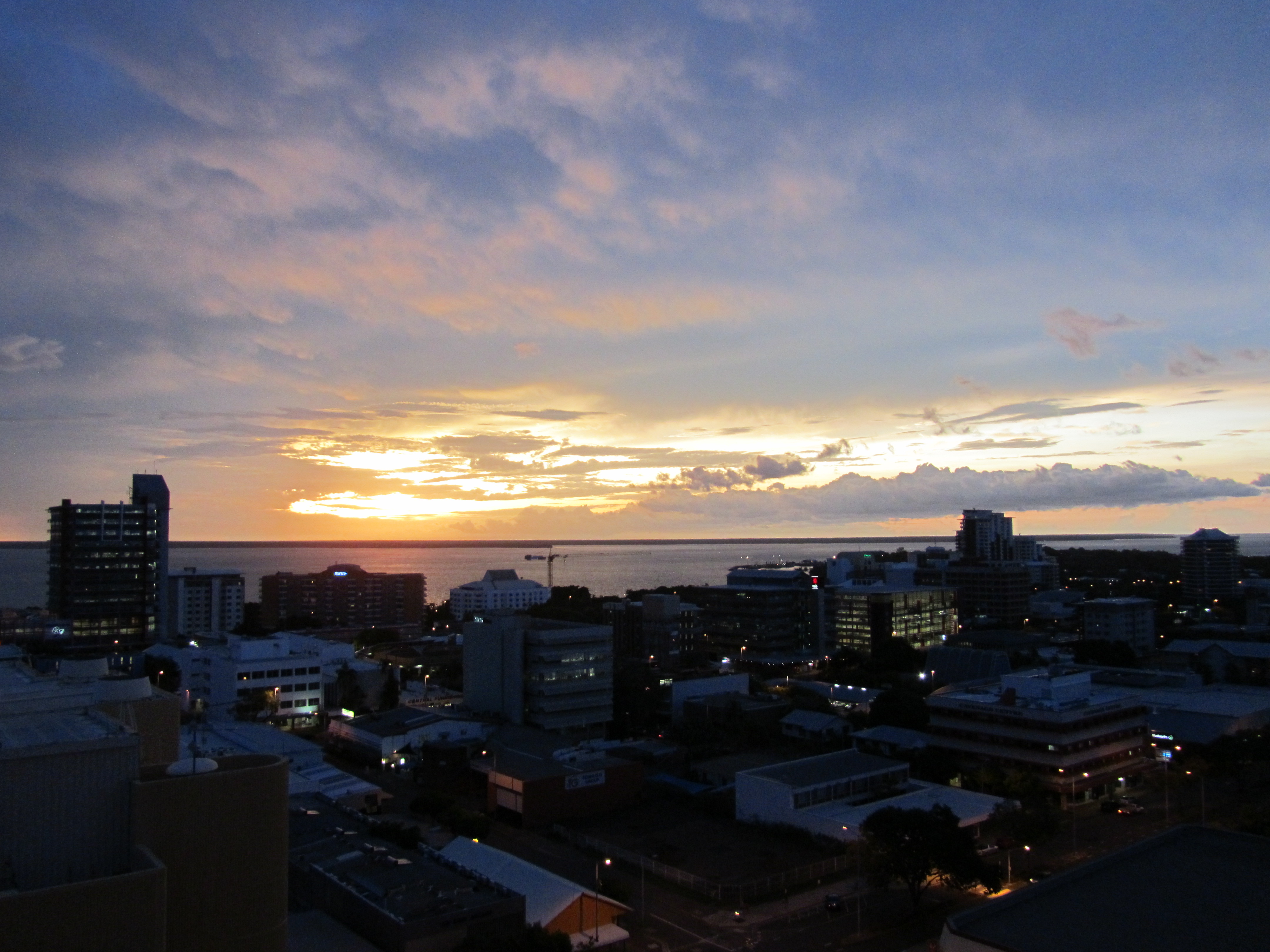 Yes, I know what you’re thinking. “It’s another bloody photograph of a sunset. First it was Cairns and now it’s Darwin. There’s got to be more to Darwin, surely?”, I hear you saying. Of course there is, but this trip is a work-trip and most of my time is being spent in work-related activities.

Tonight I went out for dinner with a bloke from work and we spent almost all of our time chatting about radio, with occasional journeys into food and wine. We had dinner at a reasonably newish restaurant on a newish wharf development thingy in Darwin. I don’t know what it’s called but it’s near the Stokes Hill Wharf which, eight years ago when I visited Darwin was about the only thing in the area. Now there’s a massive development with expensive apartments and restaurants.

There are other changes in Darwin too. The great big Woolworths which dominated central Darwin for such a long time – and was perhaps most popular because of the seriously good air-conditioning they had – has closed, with the outside walls now covered in graffiti. Closeby, the Smith Street Mall is currently under re-construction and is looking a little sad, to be honest. Most people shop at Casuarina these days, apparently, reflecting a trend that was beginning when I was here eight years ago. The famous and appropriately named “Fishing & Guns” shop on Cavenagh Street (with weaponry on the roof) remains. I can see it from the balcony of my hotel room, actually.

But more pleasant, in my quieter moments, is looking out at the flatness of Darwin Harbour and enjoying those spectacular sunsets.