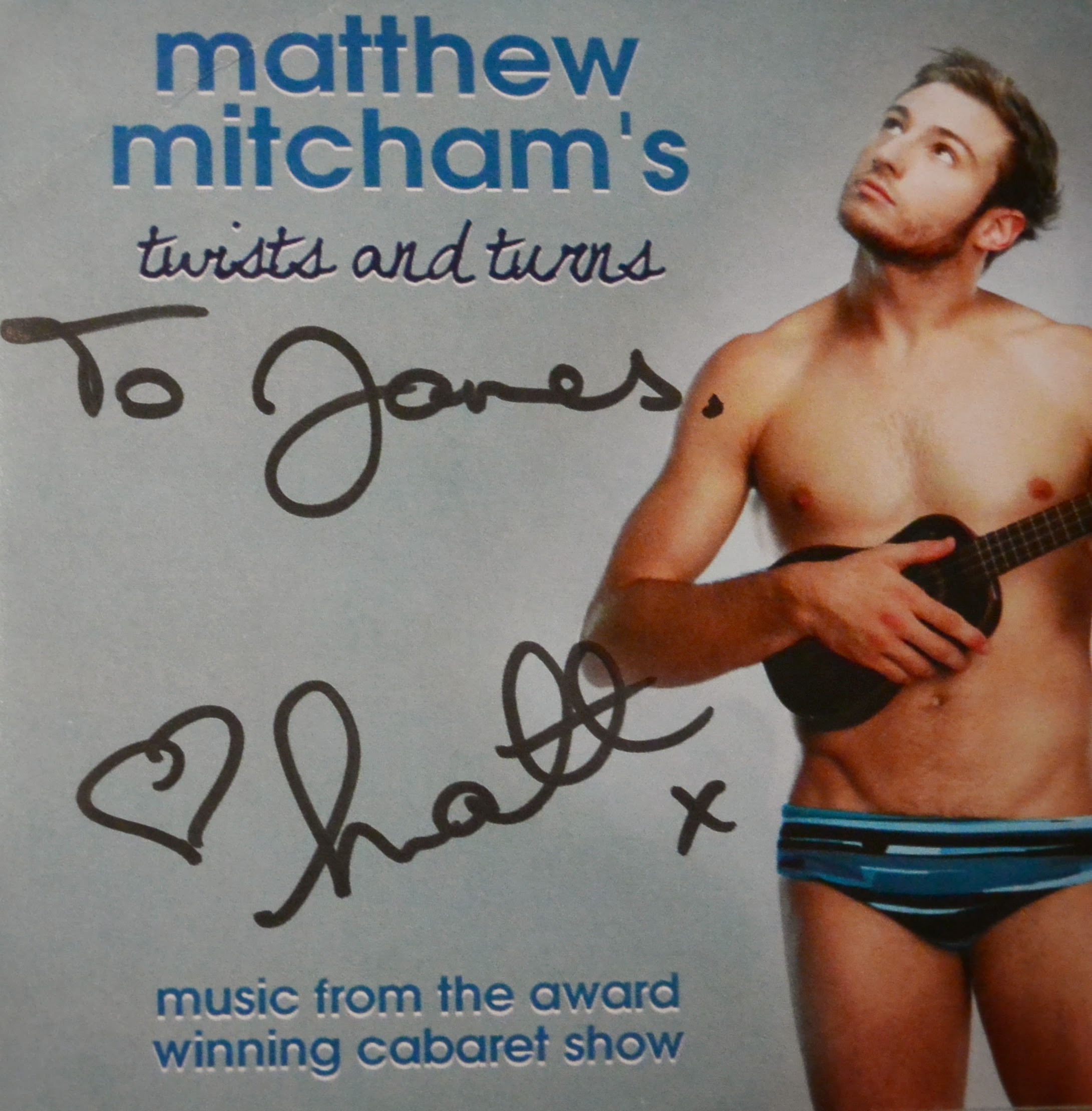 Indeed I did. He has a cabaret show – songs, stories, acrobatics – based on his autobiography, which I read a couple of years ago. At the time, I observed how amazing and complex was his life story, moving me in many ways.

As I read about his early years in Brisbane, I couldn’t help but be connected to his story. “Oh my goodness, he lived around the corner from my aunt”, I noticed. And the gay bar he went to where they allowed him in as an underage patron? I’d been there too. With a good cultural knowledge of Brisbane, I knew instantly where that was, even though he failed to name it (for obvious legal reasons). I’d also been an under-age entrant to a gay bar in Brisbane many, many years ago. I was fifteen at the time, and was accompanied by a slightly older friend. Not much older, but old enough to be able to whisper in the ear of the bouncer and guarantee me entry. Twenty years later, and it seems little had changed when Matthew found himself in a similar position. Unlike Matthew, however, I was never accompanied by my mother.

His mother was in the audience at last night’s show, along with his diving coach, and seemingly, several hundred of his closest friends because there was a lot of love in the room. There were lots of people who have obviously followed his story ever since Beijing, which, by contrast I completely missed, as I backpacked my way through Europe at the time.

Matthew’s quite a good singer, with a reasonable vocal range, and with dramatic qualities, brings life to a range of songs, many written for the show, along with others such as “True Faith” by “New Order”. He’s also a talented story-teller, and displays a charming self deprecating sense of humour. One of the highlights was a mood-lighting re-enactment of his perfect 10 dive at Beijing, accompanied by Matthew singing a rather haunting song.

At the end of the show there was a 15 minute or so Q&A session. He was asked whether or not he would be going to any of the Mardi Gras parties. “Oh no, I don’t know how to party safely”, he told the audience, showing a greater level of self-awareness than I did at that age.

After the Q&A everyone wandered outside for selfies with Matthew, and for the purchase of a range of signed merchandise. A fun evening was had by all.