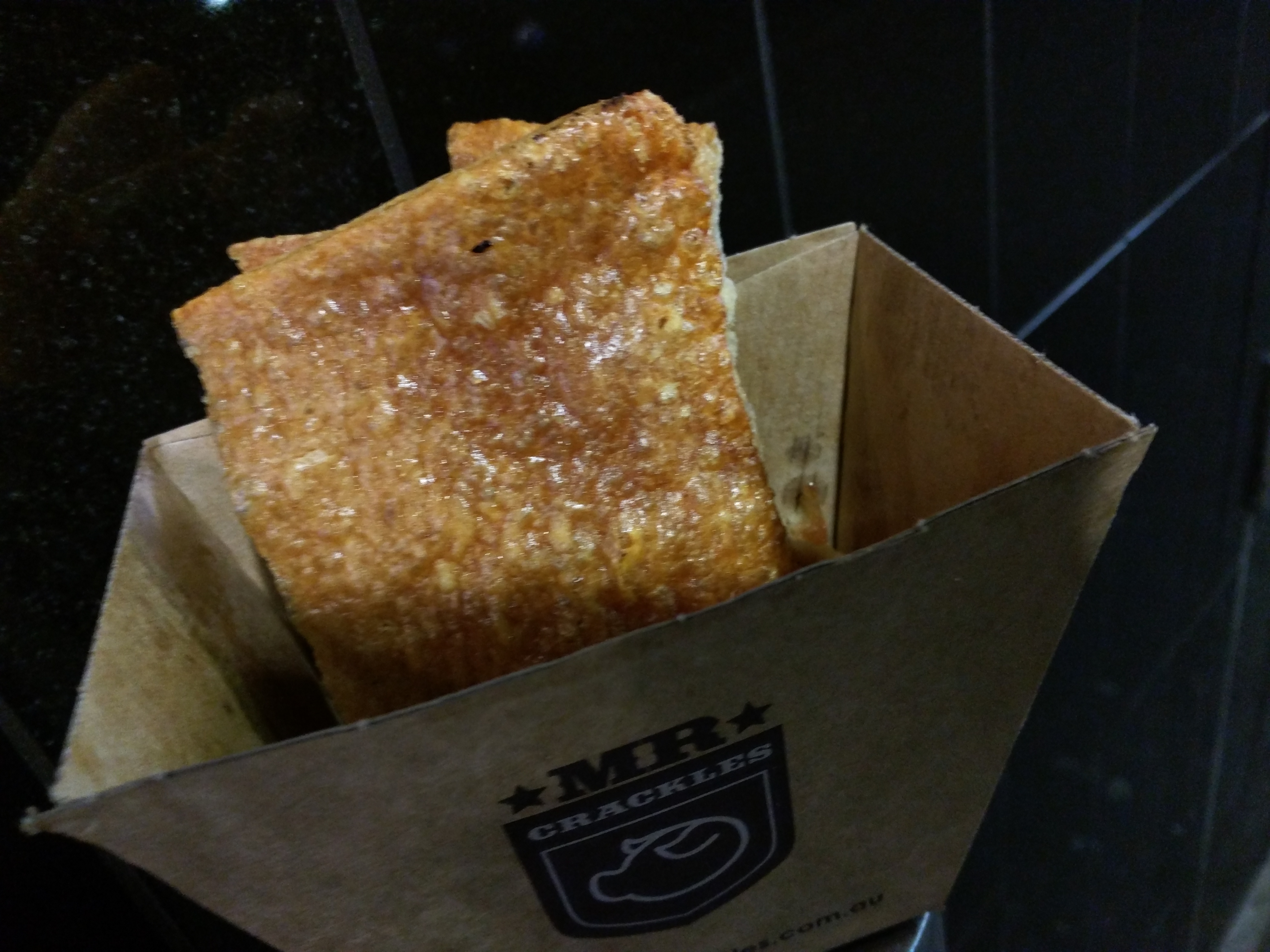 In contrast, I’d heard very good things about “Mr Crackles” on Oxford Street, Sydney but had never consumed anything from there.

It was not the greatest crackling I’ve ever had, but pretty good after a couple of beers.