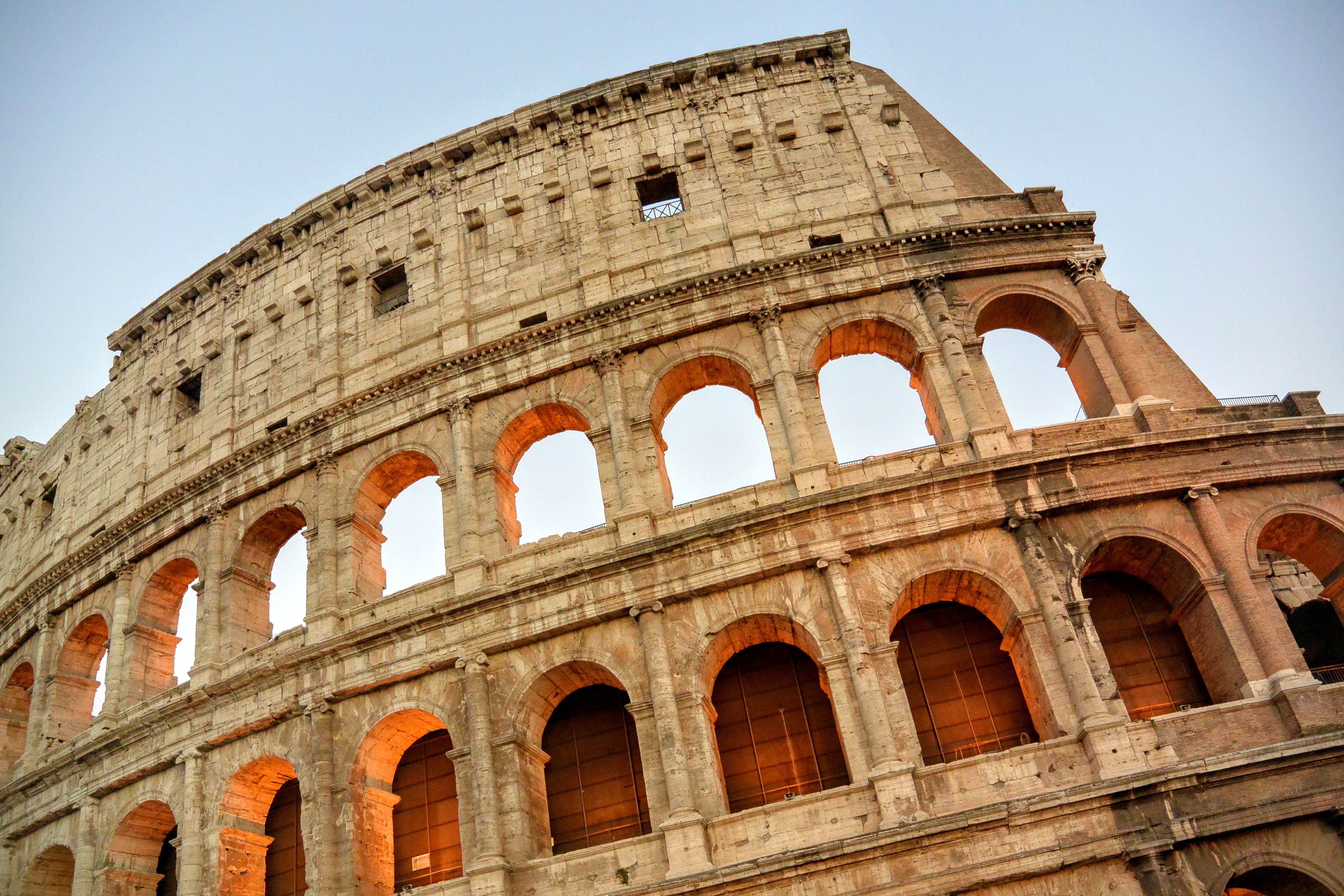 “It’s normally 22, but I’ll give it to you for 18”, the guy selling the “I Love Rome” bag told me. He didn’t need to convince me. I really wanted it as a “safe” over the shoulder bag to carry my camera and phone, and I already thought that was a pretty good price anyway. And, after only a few hours here, I already really agreed with the sentiment.

“The thing about Rome that will amaze you”, a colleague told me, “is that you’re just randomly walking along and all of a sudden you go ‘Oh, there’s The Colosseum’”. And indeed she was right. At least three times today I just randomly walked past Colosseum. I even had dinner overlooking the place. Pizza and beer, of course.

I arrived in Rome with no set plans for the day. I’ve booked myself on a “Rome In A Day Tour” tomorrow, and I’m heading to Venice on Friday and Saturday. So, after arriving at the airport, catching the bus into town, and checking into my hotel, I set out to simply wander around the city to see what I could find, and to “get my bearings”.

As I wandered around I was overwhelmed by the historic beauty of the place. The architecture is both big and bold, and tiny and detailed. And in the midst of all of the current use standing buildings, there are those historical two-thousand year old buildings, as well as historic sites still being uncovered.

Although I don’t think this is the peak of the tourist season, it’s pretty busy. There are tourists everywhere. There’s a certain level of apparent chaos about the place. You know how when you see images of Rome, you see people driving cars in what seems to be quite an erratic matter, and with people running in an out of the cars, and you wonder how on earth it all works? Well, it does work, somehow. I’m sure people and cars collide often, but my experience from the day so far was that I quickly adapted to being able to confidently walk and cross the road in the midst of this apparent “chaos”.

Due to the heat (34-35 degrees), I took a late afternoon break in my exploration to come back to the hotel where I’m staying. A former colleague put me on to “Domus Australia” a couple of years ago, as he and his wife had stayed there previously. When you read the online reviews, it’s hard to believe somewhere could so consistently get 9s and 10s. It’s a former monastery (or something that like that) which has been purchased and renovated by the Catholic Church in Australia. Apparently the Diocese of Lismore (my home town) was a major contributor. Subsequently there’s a lot of religious iconography around the place. There’s even a chapel. If that stuff worries you, it’s probably not the kind of place for you. But if you’re looking for a spacious hotel in a quiet area that’s modern and clean, with large rooms, friendly staff, and which I picked up for at a TERRIFIC rate via booking.com, it’s worth investigating. After only a few hours, I’d definitely come back and stay here again because, afterall, already I Love Roma.

Stockholm, you have some competition.