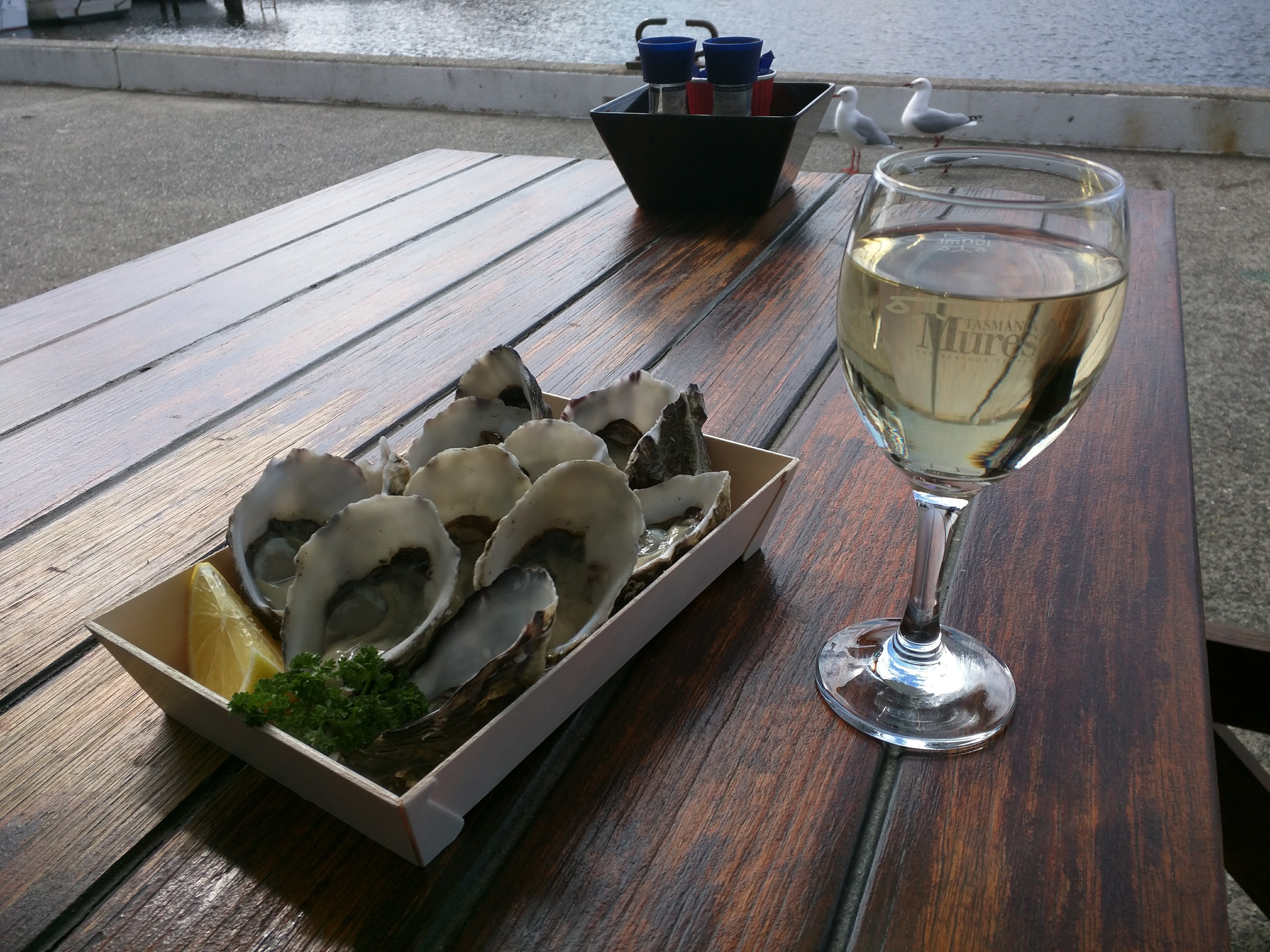 Late this afternoon I was faced with a choice: would I go for a swim, or would I go for a beer? The Hobart Aquatic Centre is right across the road from the ABC. Pubs are a little further away. It was a case of convenience vs temptation.

Two seconds later, I’d made my choice. As if I would ever choose to go for a swim in preference to having a beer :) But would I go to “The New Sydney” or would I go to “The Quartermaster’s Arms”, both of which had been recommended by colleagues? “You could go to both”, a colleague suggested with a smile.

And so I headed off firstly to “The Quartermaster’s Arms”, and what a delight it was. Almost empty when I arrived, I had a craft beer from Launceston, and some King Island scallops. Brilliant.

Having enjoyed the experience, I wandered around the corner to “The New Sydney”. I walked in, walked around and left. Though I’ve had a previously very enjoyable experience there, it was a little too crowded for my liking.

After a busy week, I felt like nothing more than a few moments of simply coming back to the hotel and enjoying the silence. The last few weeks have been crazy busy with work, and they’re undoubtedly about to get busier. So it’s best to rest up when you can, I figure.

Though as I look back at the photographs I’ve taken in the last 24-hours you would have to wonder if I’ve done any work at all. A lovely dinner last night, and then a lunchtime walk today, which included eating some oysters and having a glass of wine at Constitution Dock.

I swear, I’ve been working very hard :) But I guess it’s the fact you can walk out at lunchtime in Hobart, enjoy the sunshine, and have a nice lunch. In contrast, back in Sydney, I usually end up gulping down a sandwich at my desk.