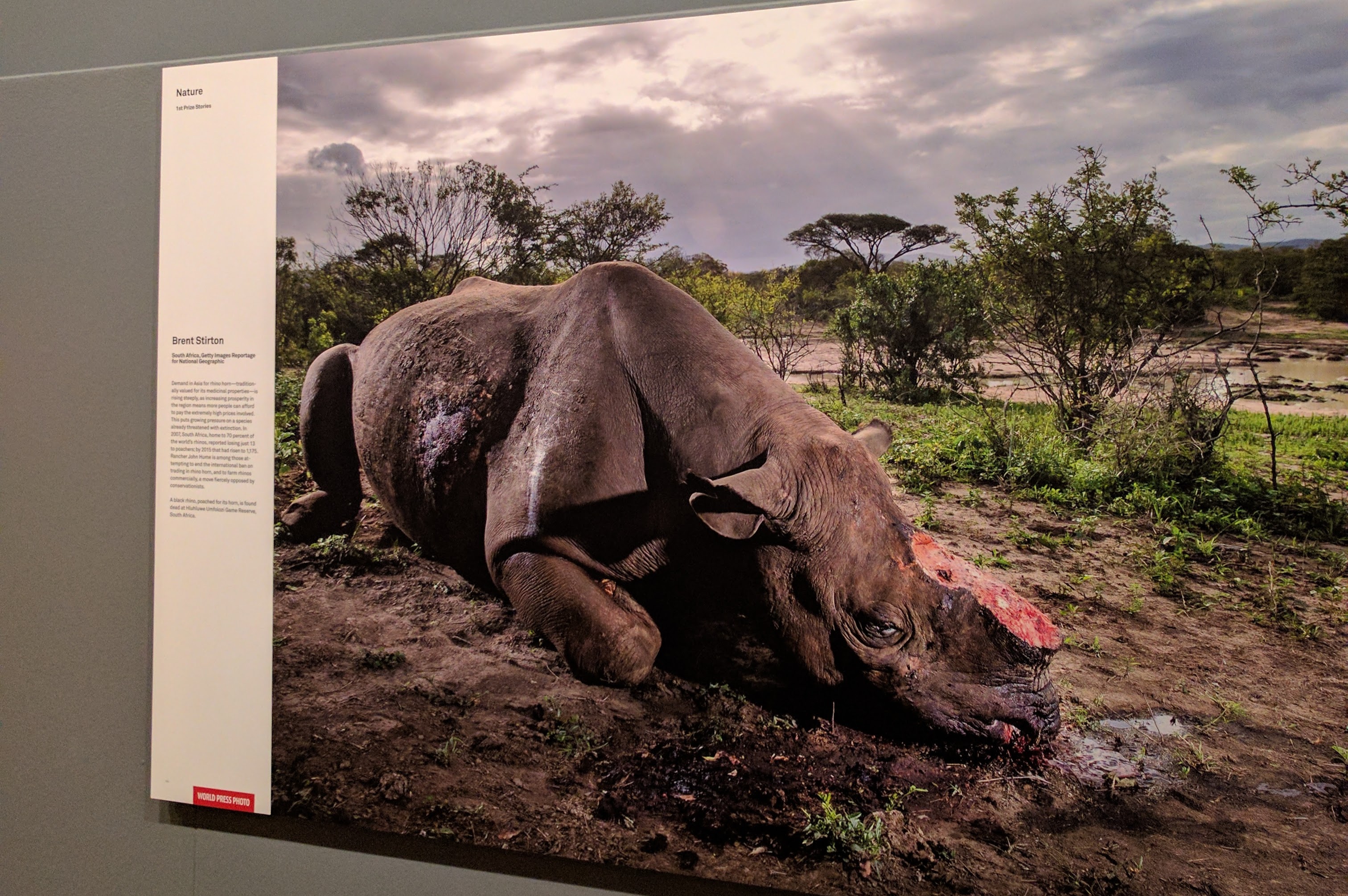 I’m not sure what it says about me, but I found the photographs of animals far more compelling than those of humans. I’m talking about the World Press Photography exhibition, currently showing at the State Library of NSW. The annual exhibition often features photographs of people in desperate situations around the world, fighting wars, living in poverty, and so on. But today, as I viewed the exhibition, it was the animal photographs which touched me. The rhino with its horn removed. The turtle caught up in a net. The pandas being released back into the wild, by humans dressed as pandas to minimise the trauma. Terrific photographs about issues that matter.

There’s also anther exhibition currently underway, featuring the street photography of Jon Lewis. Wonderful shots, all in black and white, celebrating the cultural diversity of Sydney in this decade. And a terrific way to spend the long weekend public holiday.