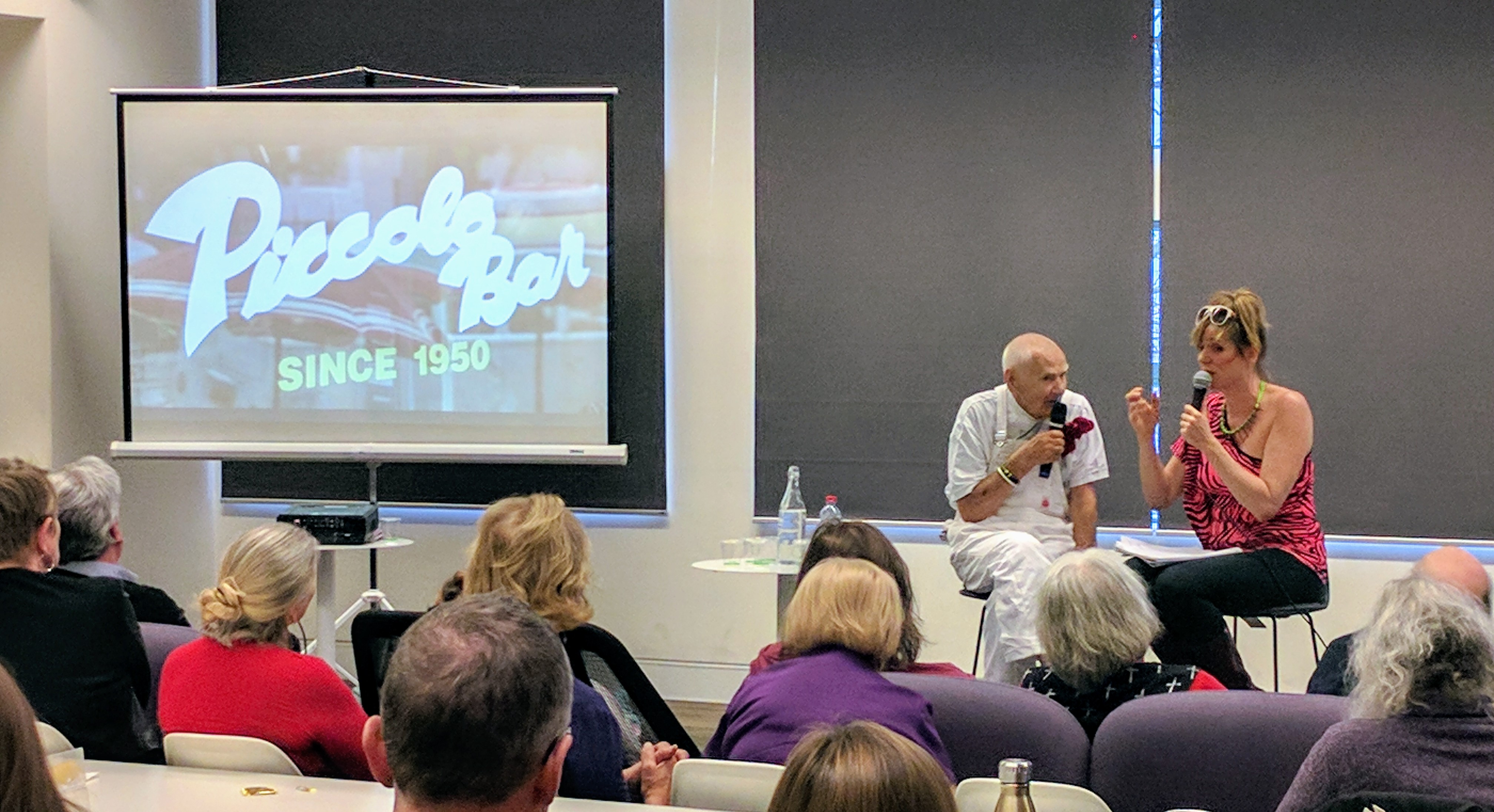 Though there have been a few of these before-hand, focussing on the 50s, 60s and 70s, I’ve only only recently discovered “Kings Cross Stories”.

The event is described thus:

Join iconic and ‘ordinary’ locals as they bring Kings Cross’ unique character to life with stories, live music and film. This special series produced by artist and performer, Vashti Hughes, will take us on a journey through the decades. Going back to the 1980s, the Cross is still the place to let your hair down. The thrill of nightlife is now mixed with an increase of people doing it tough. AIDS and drug-related deaths were fast putting out the party. In the background, sounds were changing and so was fashion and feel.

A bit like a “talk show” a series of guests were interviewed for 10-15 minutes about their lives and connections to Sydney’s Kings Cross. In reality, for some the duration wasn’t nearly enough, for others it was maybe too long.

The event started with a screening of this classic Australian song…

Haydn Keenan, who spoke about the film he directed, “Going Down” which told a true-life story about a group of young women living in Kings Cross during the 80s. He was wonderfully candid, about the behind-the-scenes activity that was involved in making the movie.

Lee Young, who spoke about his role as MC at Les Girls, after Carlotta left.

There were lots of wonderful stories, all told with a wonderful sense of humour with a recurrent theme being the prevalence of street prostitution, police corruption, and heroin abuse. It was a little bit “before my time”, but enjoyable. And definitely heading back for the 90s in about four weeks time.

And fascinating to witness, since I’m working with others on a project with similar goals: to tell real life stories of our part of Sydney.