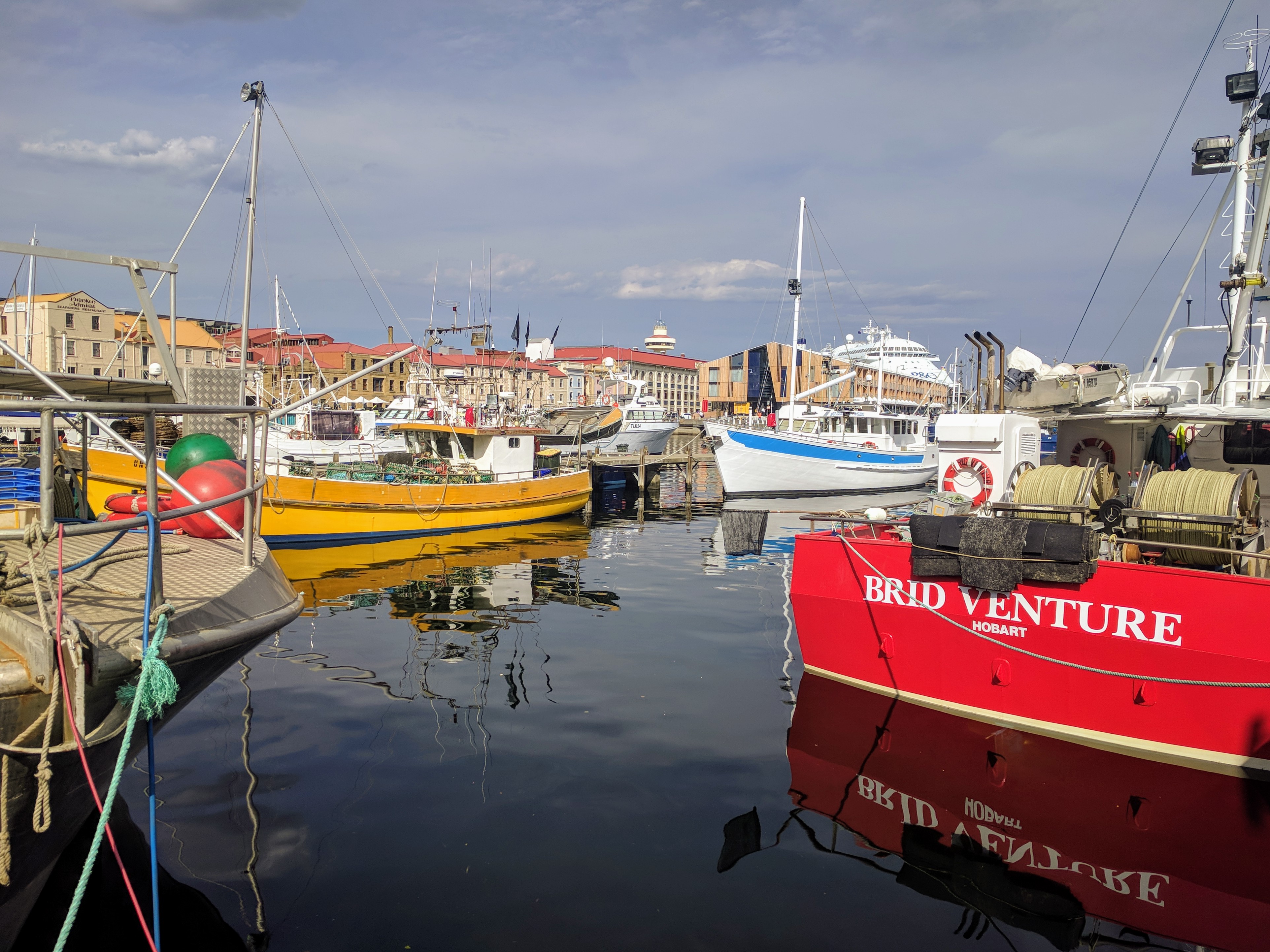 So What Do You Think Of Hobart?

“So after being here on and off for three weeks what do you think of Hobart?”, Damien asked me as we dined last night on some delicious Japanese food last. He caught me by surprise, as I didn’t really have a ready answer, aside from “I think I really like it”. It was one of those “non-answers” in some respects.

Yes, I’ve been here for a reasonable length of time, and yes, I’ve been staying in AirBnB accommodation (not a hotel), and yes, I’ve been mostly working (tourism came second), I had a break in the middle to return to Sydney. Oh, and the weather has been unusually warm. So yeah, I really like Hobart, but I still feel like I’ve only scratched the surface.

For the past few days, I’ve been staying in North Hobart. If you were to declare somewhere “peak hipster”, I think I’ve won “bingo”, because I’ve been staying in an apartment above a funky hairdressing salon, a hole-in-the-wall coffee shop, and a cat cafe. With a bus stop out the front that got me to work in about 15 minutes and lots of wonderful restaurants close by, I feel like I’ve been living in the Hobart equivalent to where I live in Sydney. So in many ways, it’s felt “quite normal”. Hence, my “non-answer” to Damien’s question.

As is common back in Sydney, I’ve gone to work come home, gone out for a meal or something to do, and just gotten on with my life. A couple of “out and about” highlights, however, have included going to a comedy night, and visiting Hobart’s only “gay bar”.

Small world, eh? Or maybe that’s just Hobart, and why I like it. An excellent combination of the two “worlds” of my life: that of living in a big city like Sydney, as well as a series of smaller country towns in my earlier life. I doubt I’ll retire in Sydney (I don’t think I can afford it), and I doubt I’ll retire in a small country town (lacking some of the creature comforts of city-life I’ve become used to), so maybe it’s somewhere in between. Maybe it’s Newcastle? Maybe it’s Canberra? Could it be Hobart?