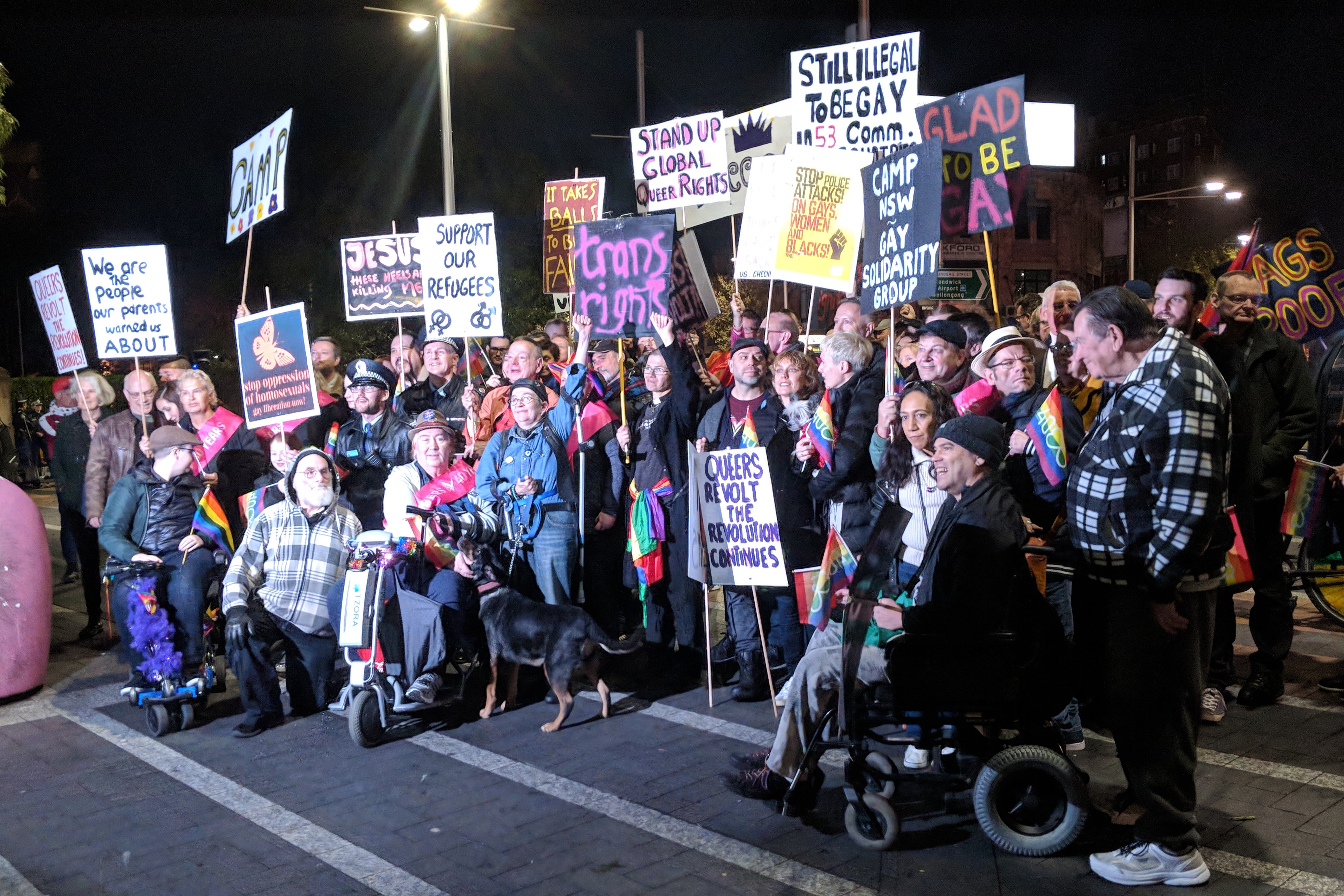 Heading home this afternoon, I faced a dilemma. With a fifteen minute wait for the bus I was planning to catch, I couldn’t decide whether to stop in to a nearby pub for a quick beer, or wait in line. In the end, my choice was made for me, as I saw a group of people walking up Oxford Street, Sydney, headed towards Taylor Square. They were re-enacting the first ever Sydney Gay and Lesbian Mardi Gras protest march and parade. Though the parade is now held in late summer (they changed it because Sydney in winter is always a bit cold and a bit wet), forty years ago, Mardi Gras was held in the middle of winter, co-inciding with the anniversary of the Stonewall riot. It was a terrific case of being in the right time.