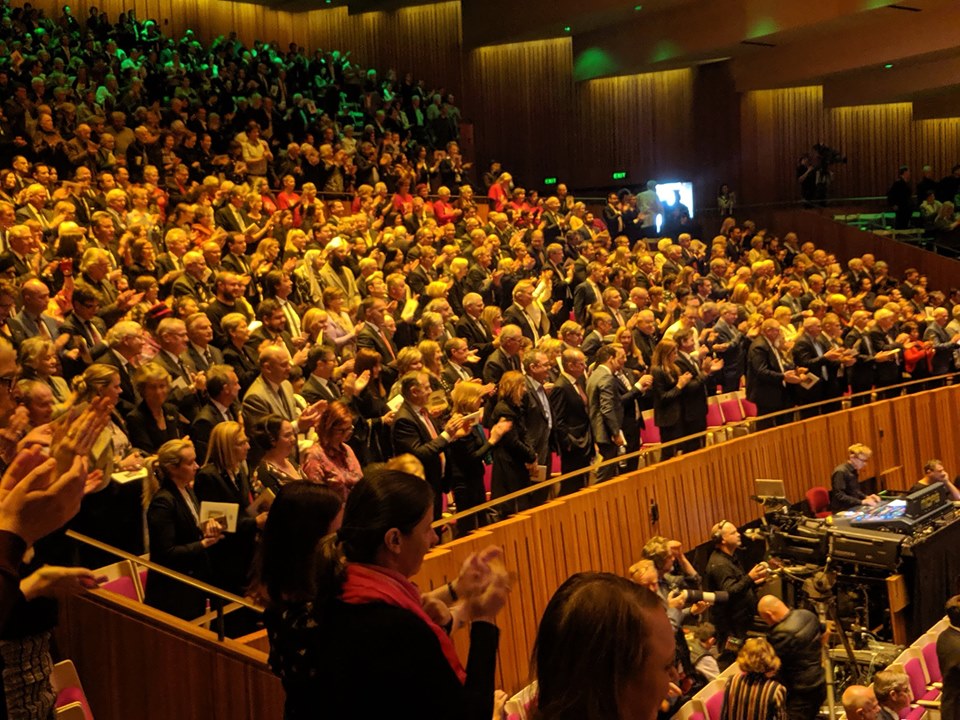 He was not “Saint Bob”

The first funeral for a former Prime Minister I remember, was the funeral of Sir Robert Menzies. It was many years since he had been the Prime Minister, and I was only a young child. Since then, in adulthood, I’ve remembered the deaths of Malcolm Fraser and Gough Whitlam. I’m sure there have been others along the way, but Hawke was a “giant” in that he was the longest serving Labor PM, and, in the words of the current Prime Minister, he was a “father of modern Australia”.

Though I wasn’t old enough to vote in the election which brought the ALP to power (in March 1983), Bob Hawke was the PM for most of my early adulthood.

Through the public ballot, my friend Judy and I scored excellent seats for today’s State Memorial. We were close enough to the stage at the Opera House to be able to watch what happened there live, and to observe the more intimate moments through the big screens.

We were also able to peer down at all of the politicians below us. It was fascinating to see the wife of a well known politician physically recoil when she thought they might be sitting next to another politician. (My lips are sealed, though I might be inclined to tell you over a couple of Hawke’s Lagers).

From Linda Burney’s Acknowledgement of Country at the beginning, to Blanche’s thank-yous at the end, it was a really terrific experience to be part of. A bit of history.

Great speeches. Lots of emotion, and lots of laughs, too. Kim Beazley’s story about the Cabinet meeting on board a Navy ship was very funny. There were speeches acknowledging Hawke’s legacy (Medicare, Apartheid, Antarctica etc), but also acknowledging he wasn’t exactly Saint Bob either.