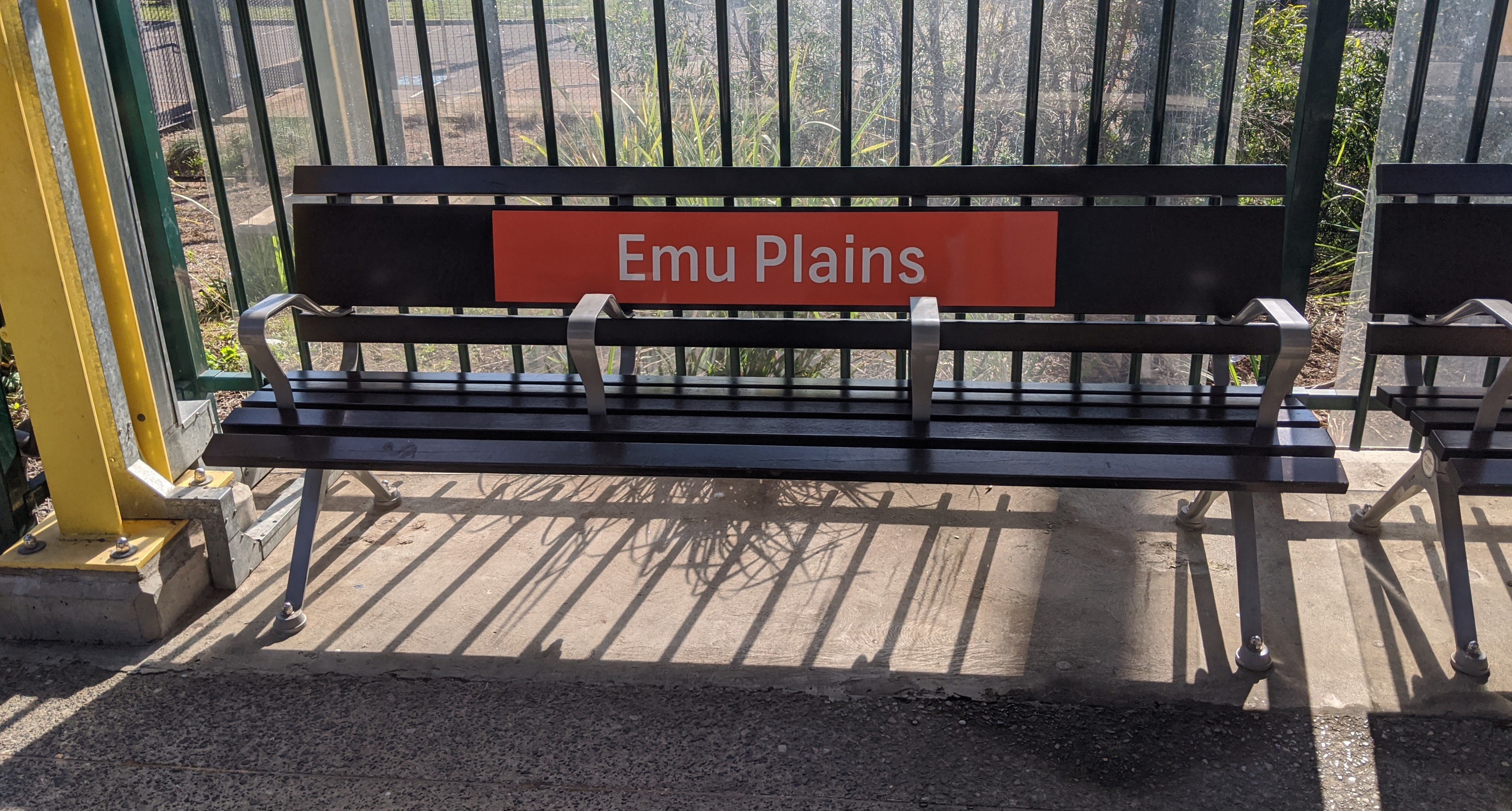 Emu Plains and Beyond

The further west you go in Sydney, the more you see the faces change. Even though there’s a large amount of cultural diversity in Central Sydney, it doesn’t take long before you see “brown faces” begin to dominate those getting on and off the train. By around Burwood/Strathfield, the advertising billboards have changed to feature (almost exclusively) Asian faces.

This weekend, on a whim, I caught the train west for an impromptu visit to Katoomba.

A couple of days ago, I sent a friend a text asking if she was interested in a day trip. Even though she was busy both days, I decided I would still go anyway. Before I knew it, I’d booked a hotel. And then I asked myself, “What’s the weather like?”,  When I realised rain was forecast, I tried to cancel my booking. Unfortunately I couldn’t.

The train from Central to Katoomba takes two and a half to three hours (depending on whether you’re taking an express). It’s a good distance – not too close, not too far – for a weekend away. As you travel from the inner-city through the middle and outer suburbs of Sydney, all the way to the countryside, you see a wonderful transition in both landscape and living conditions.

Though there are times I’ve travelled by train when it’s been incredibly full, in these “Covid Times”, the train was reasonably empty. As Sydney seemingly remains largely oblivious to the pandemic threat, very few people were wearing masks. Even on the platforms, people wearing masks were few and far between. 1000 kilometres to our south, in Melbourne, there’s a far more grim reality occurring with a few hundred cases every day, along with many deaths.

In contrast to other big cities around the world, you don’t need to travel too far from the center of Sydney before you find yourself in “the bush”. While ever you see apartment blocks, you can still think of yourself as being in “the city”, but once you start to see the dominance of weatherboard houses, you can begin to think of yourself in a “country town”.The appropriately named “Emu Plains” is probably where that’s most evident. But even then, it still feels like a large regional centre, like Albury or Wagga, for example.

As there was track work this weekend, we had a twenty minute stop-over at Emu Plains. Though I could have been tempted to stay a little longer, there didn’t appear to be too much near the train station (mostly car parks) which attracted me. There was no evidence of emus.

From there we began the slow and often curvy train line ascent into The Blue Mountains. As well as the distant city views, there are gum forests and ancient rocks to observe. It’s a wonderful train ride.