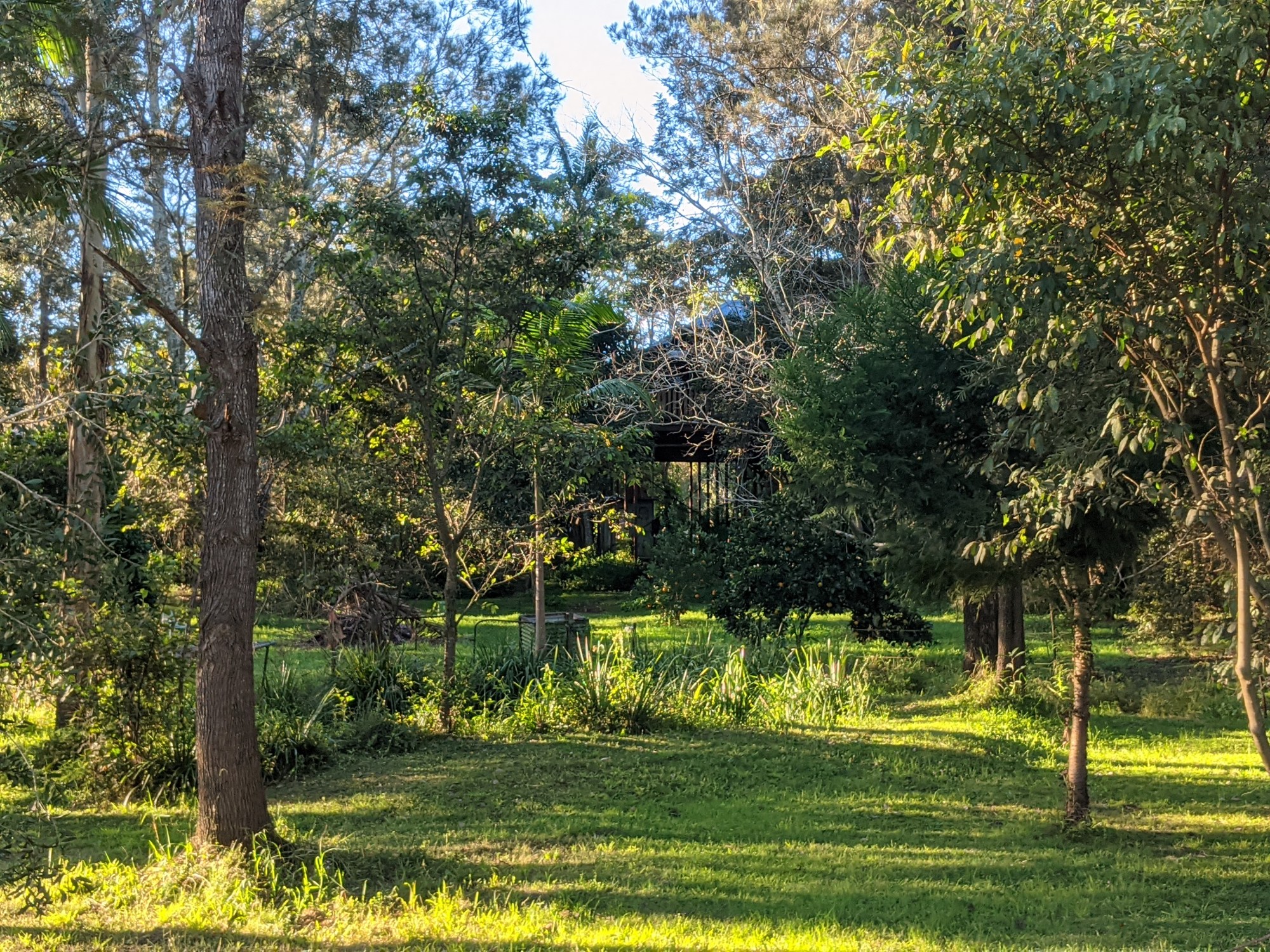 I took a walk around South Lismore and North Lismore yesterday.

A lot of people think it’s weird these suburbs are located next to each other, but the naming relates to their respective sides of Leycester Creek.

In many respects, they have a lot in common: they’re both subject to flood, and they’re both “working class suburbs”.

I was born and raised in South Lismore, and went to high school in North Lismore.

I know each of the suburbs extremely well.

But as I walked around North Lismore, it was the North Lismore Cemetery that held a lot of interest for me, and not only because I’m interested in family history. I don’t think I have any relatives buried there, with most of my family being either found at the Lawn Cemetery in Goonellabah or the East Lismore Cemetery.

No, it was the “glowing cross” of my childhood that interested me.

I don’t remember if we made the night-time trek to visit the glowing cross, but it was interesting, nonetheless to take a step back in time.

The other memory that came solidly back to me was the barking dogs of these suburbs. Living in the centre of Sydney, I hardly ever hear barking dogs. The only other time I remember hearing them was when I visited Bourke late last year.

But as I walked around yesterday, the sounds of the dogs barking, and the fear it generated, came flooding back to me. As a child I was always quite scared of dogs, and the neighbourhood dogs knew it.

Forty years later, the barking dogs of South and North Lismore demonstrated some inter-generational memory as they barked loudly, and generated those fears again. The only difference now seemed to be the dogs were firmly behind fences, whereas when I was younger they would often come out onto the road and chase me, either walking or on my bike.

After such a lengthy walk, I called in to the pub at North Lismore for an afternoon beer, and there was a sense of fear again, as I heard locals talk about the threat caused by COVID-19, and that Lismore now faces restrictions on movement, and a requirement for people to wear facemasks.

“It’s people from Sydney that are the problem”, I heard some people say to the barman at a pub. I dipped my head and continued with my beer, knowing that I have been here for over two weeks now. “It’s not me”, I promise, I wanted them to hear.