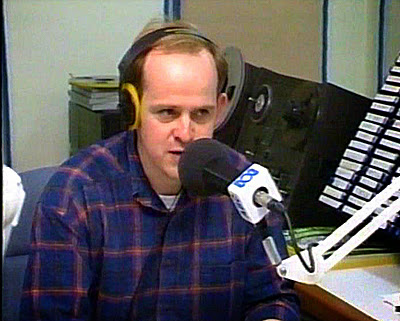 “That’s NOT a story. You’re NOT at work”, I remember my former partner saying to me, once. Though I don’t remember the exact details, I remember we were at a dinner party, and one of our friends said something that obviously sparked the “journalist brain” in me. He could see it in my eyes.

When you’re around journalists you often see their eyes light up when a potential “story” comes up in the conversation. They look at each other in a certain way, and you can see it in their eyes. I don’t know if I can describe the look exactly, but I think you can see it in their eyes, as they’ll pay more attention to the conversation than they might have previously shown. They’ll begin to ask you some very specific questions which seek to further establish facts. Then finally, and perhaps more obviously, they’ll ask you if they’ve seen the issue covered in the media. If the answer is “no”, they’ve got a story.

I don’t THINK it was the reason my former partner and I broke up. More likely the cause was some of my own deep character flaws, and the fact he probably likes women more than men. Though you’ll often hear people describe how someone “turned them gay”, I will often say, “I have a history of turning gay men straight”.

As I think back to that moment now, I realise the fact I couldn’t turn off my “journalist’s brain” was likely an issue of tension between us. That said, there have been many occasions in the period since when he has come to me for advice about a particular issue. Not only whether or not coverage in the media might assist in resolving the problem, but also how to resolve a problem, who to talk to, and what approach might help more generally.

One of the awesome things about being a journalist is you learn the skills of critical thinking. You learn how to break down a problem into its component parts. You learn the quick ways to research an issue, who to speak to, and how to get it resolved.

For example, I remember another friend once saying to me something along the lines of “How do you even know that?”. I can’t remember exactly what it was now, but it was a minor level of detail that I could answer off the top of my head. As a generalist journalist, you pick up a fair bit of basic knowledge about a lot of things. Working as a journalist, you also get to meet some amazing people, and along the way you pick up bits and pieces.

You also learn how to really listen to people. Quite early in your career, and maybe later, a lot of journalists spend too much time thinking about what they need to say, as opposed to listening to what the guest has to say.

There was a famous incident where a politician (I think it was Andrew Peacock), said something quite significant. The journalist was maybe distracted, but he didn’t realise the significance of what eas said. The politician then said, “I’ve just given you a huge story. Don’t you want to hear about that?” he said.

If you listen closely to what someone says, and the look in their eyes, or listen to the tone of their voice, you’ll learn a lot more about an issue than if you only think about what you need to say.

Virginia Trioli’s famous interview with Peter Reith during the “children overboard” incident is a good example of this. Virginia had obviously done her research, but the most interesting answers came when she continued to challenge the Minister for evidence. Whenever he said something, she asked for proof. For a while, I managed, Virginia, and I can tell you it was often quite scary to be on the receiving end of her line of questioning. You had to listen to every word she said. She had a very good “bullshit detector”.

That’s not to say you don’t prepare for interviews, and just “wing it”. I remember Michael Parkinson once said he had a list of prepared questions, and he was able to get through them all by simply listening closely to the person, and making sure each related to something they had said. “It’s interesting you should say that because…and then you asked your next question,” he said, or words similar.

And of course, trying to understand the person, and their situation will also help you get to the truth of the matter.

In the aftermath of the Lismore flood this year, I haven’t been particularly helpful to my family with practical skills like carpentry. I’m quite good in setting up home appliances, and in the installation of things like television antennas and home internet. But when it comes to a power drill, I’m pretty hopeless.

I’m quite good, however, at things like grant applications, dealing with bureaucracy, and tracking down information and the right organisations and people who could help. I think a fair few of those skills have come from my years as a journalist.

And having spent almost all of my career at the ABC, a government body, I know my way around the requirements of bureaucracy.

Though I have sometimes found myself a little frustrated with having to answer the same question multiple times, I know my family would have found it even moreso. I’ve been able to “suck it up”, whereas I know some of them have been shouting at the ceiling.

So if you think about the situation people are in, you can begin to understand their situation better, and hopefully, gain a better (less frustrating) outcome.

When you’re talking to someone in a call centre try to imagine the situation they’re in. They’re either in a room with many others (or maybe by themselves at home). They’ve got a headset on. They have a computer screen in front of them. They need to work through questions/answers on the screen in a fairly methodical way. They’re also likely under pressure to get through calls as quickly as possible. So if you’re talking to a call centre, grab a glass of wine, grab a coffee, and settle down for the ride.

And “call them out” when you need to. I’ve done this on several occasions recently when I’ve felt like they haven’t been listening to me, especially in online chats.  “I know you’ve got a list of questions to ask me, and I know you’re under pressure, but the previous chat it said you wouldn’t need to ask me those questions again, as you would be able to see the previous comments”, I’ve said a few times lately. Generally, they’ve respond well to this very human interaction. One did, however, get the shits with me, and passed me straight to their supervisor.

Not everyone has a journalist in their family. Not everyone knows how to resolve these issues.

In the wake of the Lismore flood, there are many, many people struggling with bureaucracy. There are many older people, on low incomes, and without some of the communication and computer skills, who haven’t accessed the support that’s available.

There was a story the other week about how only a small number of people eligible for a type of assistance who have received that assistance. They haven’t had the “necessary paperwork” because that paperwork had washed away. The current flood inquiry was told the bureaucracy needed to recognise the particular circumstances which might need a more “flexible”.

So my advice? Always listen to the person you’re dealing with, and try to imagine the situation they’re in. And then use lots of questions like “Why is that the case?”, “What’s the way around this”?, “Who in your organisation has the power to resolve this”. These are good “open” questions that demand an expansive answer, and can’t easily be resolved with a “yes” or a “computer says no”, answer.

Everyone has life lessons to be learned from their working life, and these skills I have learned are no better or worse than anyone else. Hopefully, these tips might be useful, nonetheless.