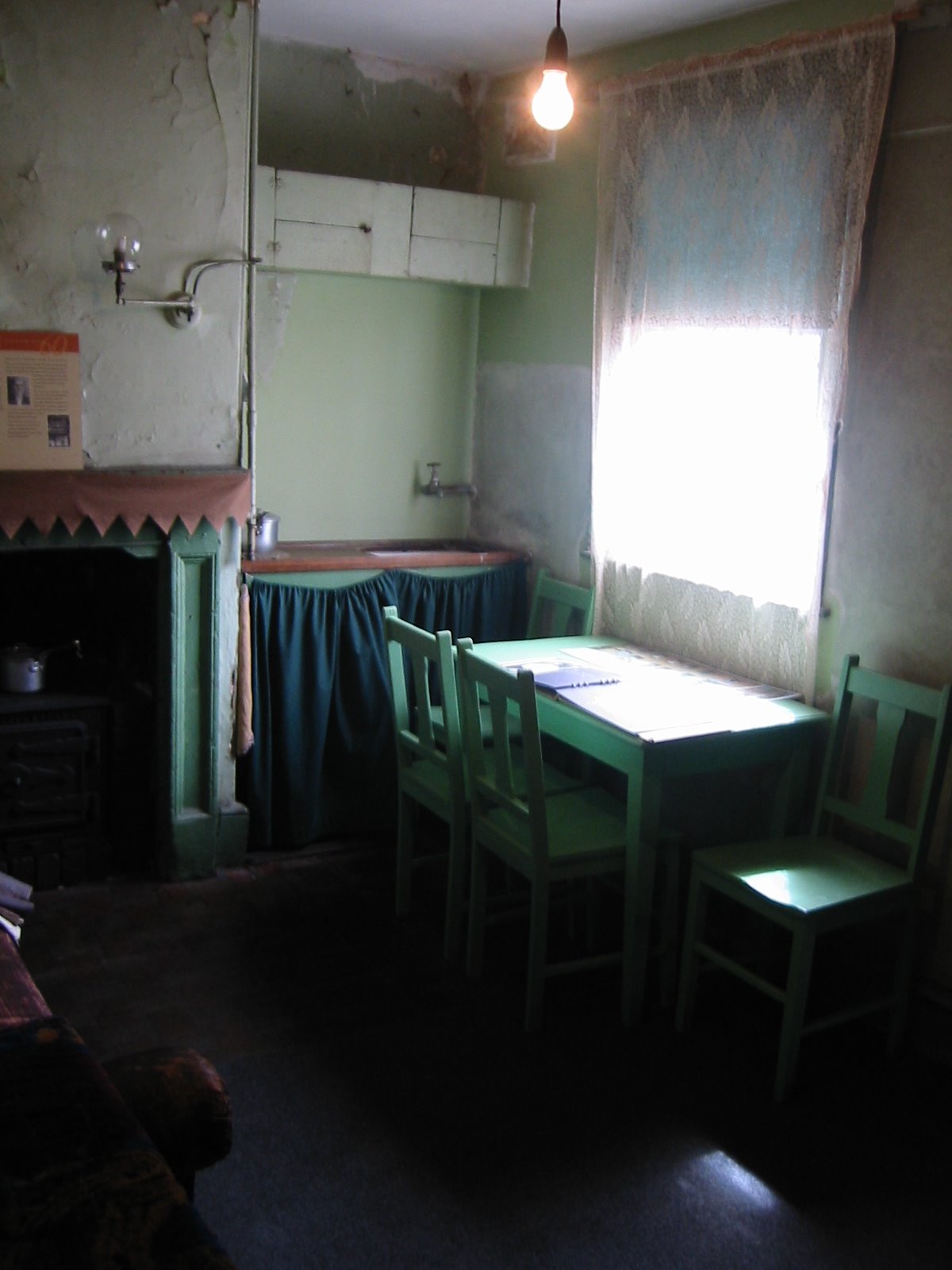 Susannah Place is a series of four terraces located at The Rocks in Sydney which were built in 1844 by an Irish family. The houses were kept in the family for many years, and were mostly rented out to working class families.

Throughout most of the period of European settlement, The Rocks began to develop a “colourful reptuation”, which continued throughout the nineteenth century, culminating in the notorious “Push Gangs” which dominated the area in the 1890s.

In 1900, the outbreak of bubonic plague, resulting in 303 diagnosed cases and 103 deaths, further enhanced the less than salubrious reputation of The Rocks. In an effort to “clean up” the area, due to the outbreak of plague, many buildings were demolished by the newly established Sydney Harbour Trust. Although the plague was given as the official reason for these demolitions, many have argued, there were other pro-development reasons as well, such as the planned construction of the Sydney Harbour Bridge. These houses were were not, apparently, affected by the plague of 1900 and so were not demolished. In fact, I understand they were inhabited up until the 1980s.

Further modernisation of the area continued until, in the 1970s, in protest at further demolition, and at the eviction of long-term Housing Commission residents, Green Bans were established, ensuring the preservation of many historic buildings, such as Susannah Place.

The terraces are now owned by the Historic Houses Trust of NSW which has maintained them. Inside the houses, which have been restored, but not renovated, there is period furniture, representing the style of the late 19th and early 20th centuries. Even in In the backyard, there was an outside toilet and a copper washing basin, much like the one I remember bathing in as a child.

It’s a reflection, I guess of how things have changed: what was once slum accommodation is now a tourist attraction. On a video we watched inside one of the houses, one of the former residents quipped that when she lived there in the ealry 60s it was hard to get a credit account at a department store if “The Rocks” was your address, but by the 80s, people would almost ask you for an autograph if you told them you lived in the area!