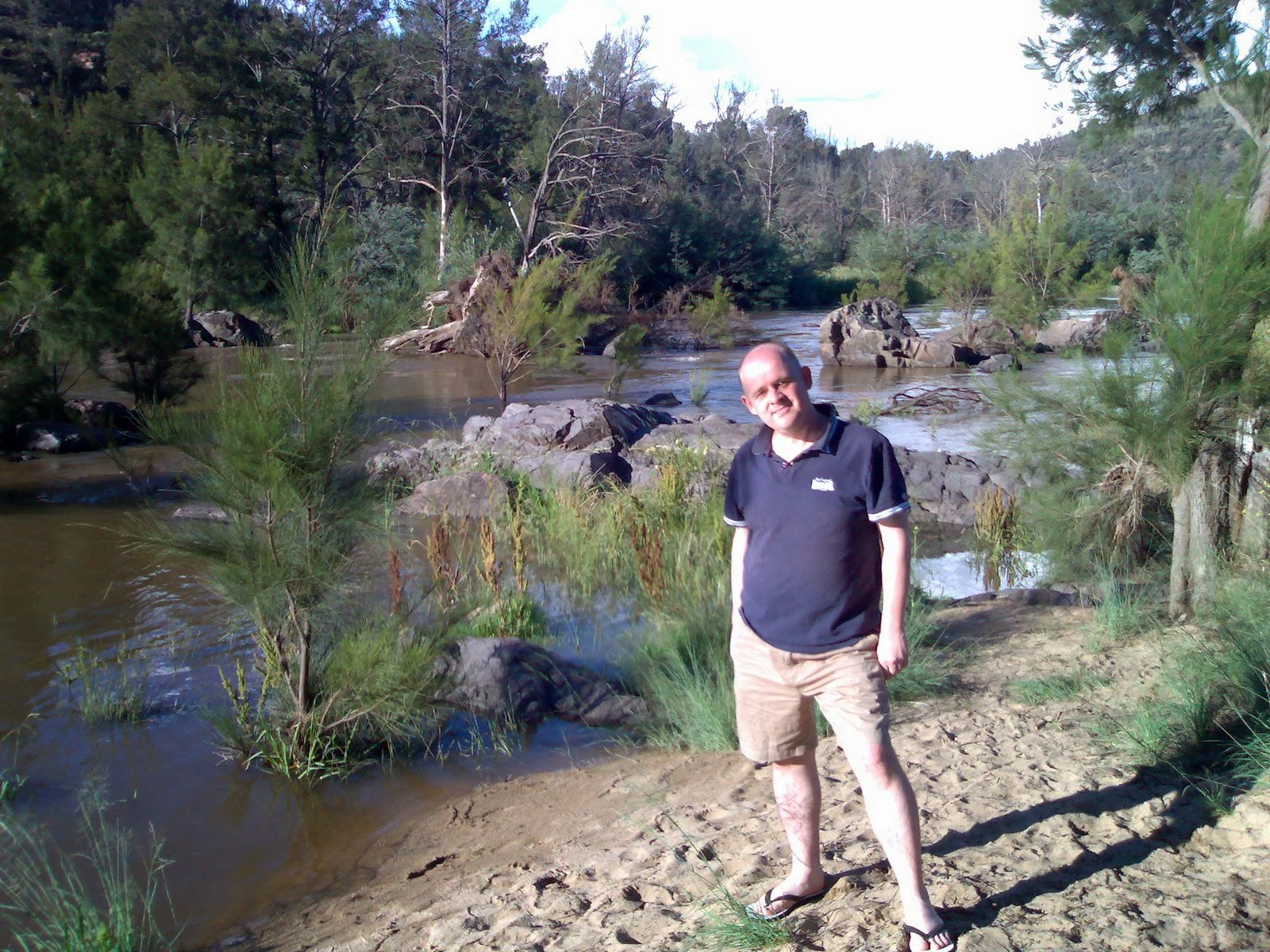 As I sit down to write this “year in review”, I’m conscious that I’m more interested in what’s ahead in 2008 than what occured in 2007. Not that it was a bad year in my life, it’s just that I’m approaching 2008 with a great deal more excitement than I approached 2007. Last year I found the Year In Review post a difficult one to write, so I simply resorted to a “Top 10” list. This year, however I’m happier inside, more confident about what I can and can’t control about my life, and with a greater emphasis on the needs of friends and family.

Speaking of which, I went home to Lismore a few times this year. I even toyed briefly with the idea of moving back at one point, though please don’t tell my family or else I’ll never hear the end of it. I don’t know why they did, but they did. Even as I walked past my local real estate agent over a few months ago, the words “Lismore” and “Seachange” jumped out and caught my eye. As I looked closer, I noticed they were advertising a couple of flats for sale in my very own home-town. And not just a couple of ordinary flats: but one’s I’ve actually been inside. A mate of mine who I haven’t seen in years used to live in the one at the very front. “Why would they advertise them in Surry Hills?”, I thought to myself, “…and how could they possibly claim a couple of flats in Jubilee Street amounted to a seachange?” I mean, they’re flood-prone, if that’s why they mean.

It’s amazing to go back to see both how little and yet how much the place has changed, and how my experience of the place remains fixed in time. As I wander around Lismore every person, every building, every location seems to remind me of something from my past. Maybe it’s something about human nature, or maybe it’s just me, or maybe it’s just that because I’ve been away for such a long time, it’s only the very intense memories that remain. Like music and smells, it’s amazing how buildings, in particular, can evoke strong memories.

The feeling was similar when I returned to Brisbane earlier this year. Although I lived in Brisbane for a total of four years back in the 1980s, I felt like a stranger in many ways when I arrived there. Aside from the initial disorientation, there was a certain familiarity about the place, and as I wandered around the city, I wondered from time to time about my life and what it would have been like had I stayed in Brisbane. The more I thought about it, the more undecided I became. Although, I though I would have had a really good life living in Brisbane and certainly would have been much closer to family, I also thought about how moving around the country has also meant new experiences, new friendships and more fulfilling career ambitions.

Brisbane has changed in many ways since the 1980s, most obviously in the large number of tall buildings which dominate the landscape, and in the opening up of Southbank. But as I wandered around the city there were many things I don’t remember from my time there such as an obvious street drug problem, and a rushed appearance on the faces of many people walking by. In some ways, as I wandered around the city with a wide-eyed look in my eyes, I’m sure some people were looking at me with the “he’s a hokie-country boy in the big smoke” thought in their minds.

Sadly, the reason for my visit to Brisbane was not a happy one: a family funeral. My nephew was killed in one of those awful car crashes you often see on the evening news, but don’t give too much thought to. Until of course it’s someone you know. He was just a month short of his fortieth birthday.

As for me, well I turned 42 this year. I’ve always been fairly conscious of the multiples of seven birthdays though. Long before new-age thinking, I remember, as a child, my dad telling me life life goes through seven year cycles. I still remember the conversation vividly, as it just seemed to come out of nowhere, though it was obviously something my dad believed.

According to one new-age site…

The forty-second year brings a major change because it is the polarity of the twenty-eighth year. Here, the integration of the whole self occurs. The view is not, “World, what can you give me?” as in the twenty-eighth year, but, “World what have I got to give you?” It is the realization of all the growth that has occurred and the ability to use it in its most productive way.

At forty-two, you may begin to have doubts about your life. These doubts are not negative. They are based on the growth gained in the interim years between thirty-five and forty-two. This creates an ability to question whether you wish to maintain your life as it is or whether new changes are imminent. Doubt can be positive if it is leading you to be suspect of something in your life that is not good for you.

If past experience is anything to go by, I suspect changes in my life may also be imminent. Aged twenty-two, I quit my job at Coles and left Brisbane for Bourke in Western NSW (a big change) to follow my career dream. Aged twenty-nine, I fulfilled another long-term career goal, and also moved to Sydney. Aged thirty-six, I became single again, ending a reasonably long-relationship, and soon-after started on a new direction in my career. So strictly speaking, the changes in my life occur about twelve months after one of those multiple of seven birthdays.

And now, aged forty-two, like the hippies say, I find myself questioning my life again and wondering what’s next. I’ve also been trying to live a better life by reducing my carbon footprint, adopting an “in with anger out with love” approach to life. I’ve also increased the amount of money I give to charity, through Childfund and Medicins sans Frontieres.

Unfortunately I sense amongst some people in Australia a degree of cynicism about child sponsorship. At the heart of this cynicism are concerns some of the money is wasted along the way and that the idea of child sponsorship is inherently paternalistic. In his song September 10, Eddie Perfect (who I really like), also offers the idea child sponsorship somehow “picks winners” while condemning others. And yes, there are probably other organisations which may do a better job in assisting communities. But even if all those issues are true, I still think it’s great there are schemes like the one offered by Childfund Australia, where people like myself can do something to help families and communities in need. Yes, I know I could hop on a plane and go to Africa and be “hands on”, but I don’t know if I’d be very good at that, and I’m not sure how much help I could actually be.

In the meantime, I have a well paid job and I live in a wealthy country which, by and large, looks after its people well. As I don’t have children of my own (and no, this is not some kind of child replacement therapy for myself), I can afford the $70 per month it costs to provide support to the families of these two young children. I also give money, by the way, to Medicins Sans Frontieres, which I think does a terrific job in providing volunteer medical assistance to people in many needy countries. In the grand scheme of things, $25-30 per week, is a small percentage of my income, which I’d probably otherwise waste on useless crap I don’t need. It’s a no-brainer, really.

For me, 2008 will be a year of career consolidation, planning for the future. It will also be a year of significant overseas travel. I know where I want to go: Sweden, France, United States. I’ve done a fair bit of travel planning and I have a reasonable idea of my itinerary. I know when I want to go: August-October 2008 (and maybe longer). I have more than enough leave: I could actually take 34 weeks of combined annual and long-service leave at full-pay if I wanted to. Maybe I should?