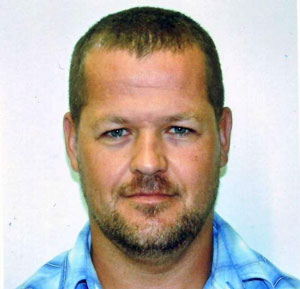 You know how sometimes you go looking for people from your past wondering what they’re up to at the moment? Imagine my surprise when I went looking for an old mate and discovered him on the National Missing Person’s List.

It’s been playing on my mind for a few weeks now since first discovering it. In posting this today, I thought I’d take the chance to get the word out to an audience who may know Robert, but who may not know about his current circumstance.

I first met Robert Nivison in Wagga Wagga in about 1992 (I think) or maybe 1993 when he began studying at Charles Sturt University. We became good friends for a while, and would often run into each other many years after having left Wagga.

It was always with a great deal of affection that I would see Robbie and his enchanting smile. Years later, he was living and working as a graphic designer (his chosen career) in Lismore, my home town. Once again, I smiled with great affection when we ran into each other in a pub one Christmas when I was home.

He has a great mind, and a great heart, and I hope he’s okay. Although I recognise sometimes people go missing for a reason (because they WANT to go missing if you know what I mean), I hope Robert hasn’t come to harm. I hope he’s happy and content wherever he might be.

I can’t begin to imagine the pain and agony his family and close friends are going through, not knowing where he is. If you can help, here’s the information from the website of the Australian Federal Police

Circumstances: Left home address in Ascot Brisbane on morning of 27 January 2007 – drove to Lismore NSW in his Black Jeep NSW Reg AK55HL – where he dropped his dog off to a friend saying he would return later to collect the dog. A few days later a letter from the missing person (MP) was received by MP’s mother post marked 30 January 2007 and sent from Alice Springs in the Northern Territory. The MP’s bank account was also used in Alice Springs this same day. There has been no further contact or bank account use since this date. The MP’s vehicle has not been located or registered in another state.