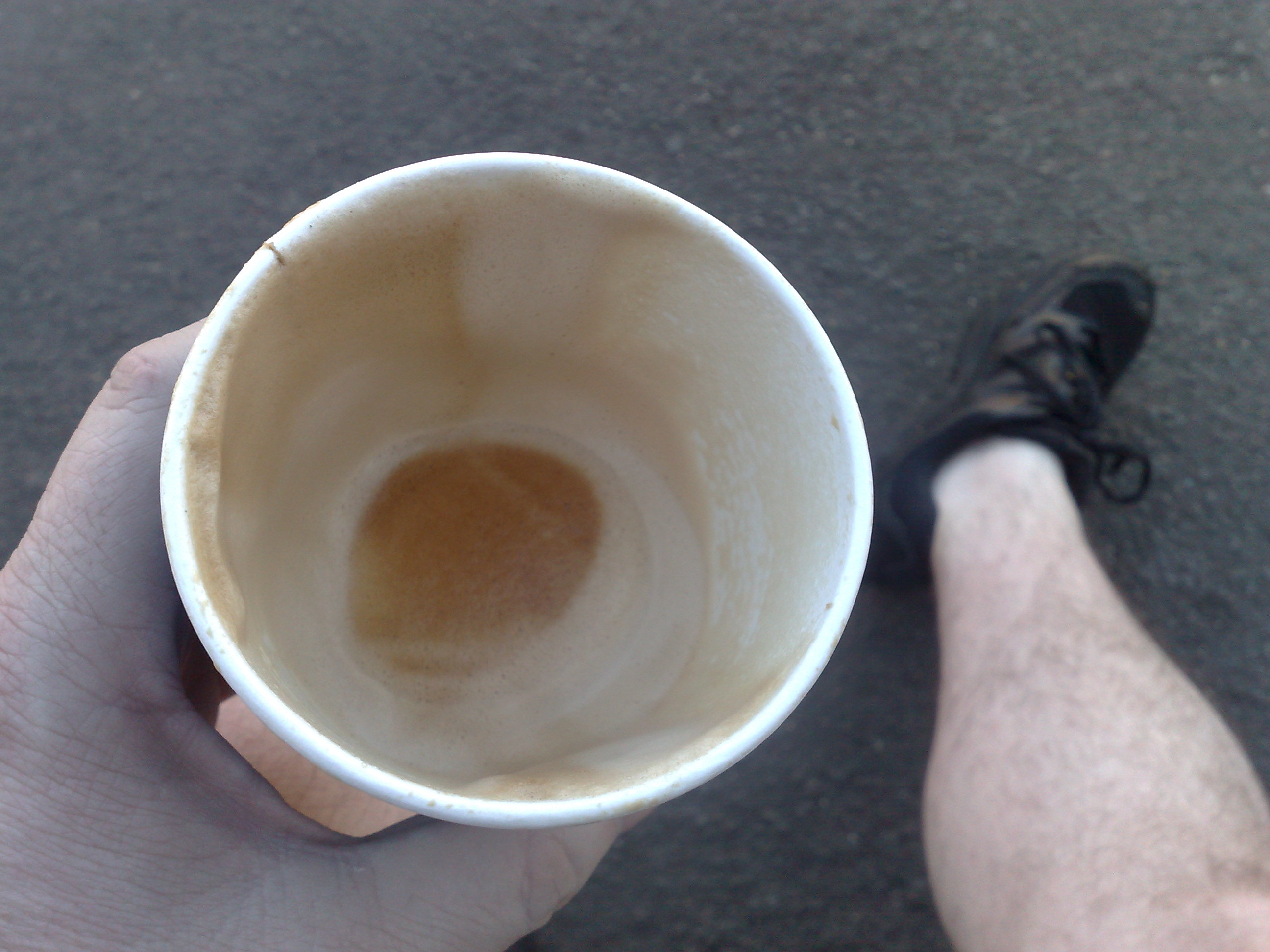 “Do you know her?”, the bloke behind the counter at Coffee Trails asked me this morning. “No idea”, I told him. Coffee Trails, by the way, is where I grab a coffee each weekday morning. They’re nice people and they make great coffee which is also organic, free-trade, yaddah yaddah.

They also have a loyalty card which rewards you with every tenth coffee free. As I’d left mine at home – I didn’t see much need for it in Sweden – I asked for a new one. And that’s when the woman who I don’t know said to the guy serving me… “he can have my stamp too”. It was one of those lovely random acts of kindness that you hear about from time to time, and it certainly put me in a pretty good mood for the rest of the day.

That said, the first day back at work after a holiday always tends to be a fairly nice day doesn’t it? You spend a lot of the day answering the question “how was your holiday?” and receiving compliments about your tan. The tan comments were a great opportunity for me to wax lyrical about the soft Stockholm summer sunshine and how it compares with the blister-inducing summer sunshine of Sydney.

The other common question was “why did you come back on a Friday?”, to which I replied the next few weeks are really busy for me at work, and I’ll be working long hours. Thus, I wanted today as a day to “clear the decks”. Thankfully I’ve managed to do just that.

Aside from missing Swedish class on Wednesday night – I was so tired, I could barely move – it’s been a reasonably straight-forward return to life in Surry Hills.

Coming back through Customs on Wednesday was a bit of a nightmare. They didn’t have any “Arrival Cards” on the Air China flight – first world problems – and when we got to Sydney Airport, there were no “English Language” cards available. “It’s Australia, and they don’t have any cards in bloody English”, a bloke complained to me. Meanwhile, it seems as if Ann the travel agent – “computer says no” from Little Britain has obtained a job at Sydney Airport which further delayed the process of getting home and unpacked.

Oh yeah, and my third attempt to use the photographic system that should speed up getting through customs failed again. Three times since I’ve had one of the new electronic passports and it’s never worked for me. There were about 50 people in the queue which needed assistance, and virtually no one in the queue where it worked.

The first thing I noticed returning to Surry Hills on Wednesday was more shops for lease in my part of the suburb. Even the local laundromat has closed, moving to nearby Waterloo. I’m not sure if rents are going up in Surry Hills or if it’s part of a general downturn in the economy, but there’s an awful lot of “for lease” signs around the area at the moment. In one part of Surry Hills, there’s five empty shops in a row in Crown Street. Colin told me over dinner last night it’s also the same in some parts of Paddington. Maybe it’s not so bad? Maybe it’s just part of the renewal that occurs regularly?

I slept most of Wednesday, and then used Thursday as a bit of a catch-up day. I uploaded some photographs and videos and realised how painfully slow my home internet connection was compared with the 100mbs connection I enjoyed in my apartment in Stockholm.

And then last night Colin and I dined (for his birthday and my return) at La Scala in Paddington. They, too, have a loyalty scheme which rewards you with a free dinner on your birthday.

It wasn’t overly crowded for a Thursday night, though I suspect that was weather-related. Still, there was a nice buzz in the restaurant, and we were blessed with good, attentive service, without it always being “in your face”.

The food was excellent. I had the bone marrow on toast for an entree and beef cheeks for main. Both were hearty, tasty, filling meals and for a while we thought there would be no room for desert. We were convinced, however, to share a pannacotta for desert. It was just right. Not too heavy. Not too light. :)

And tonight’s just been a night of watching television – and napping – on the couch.