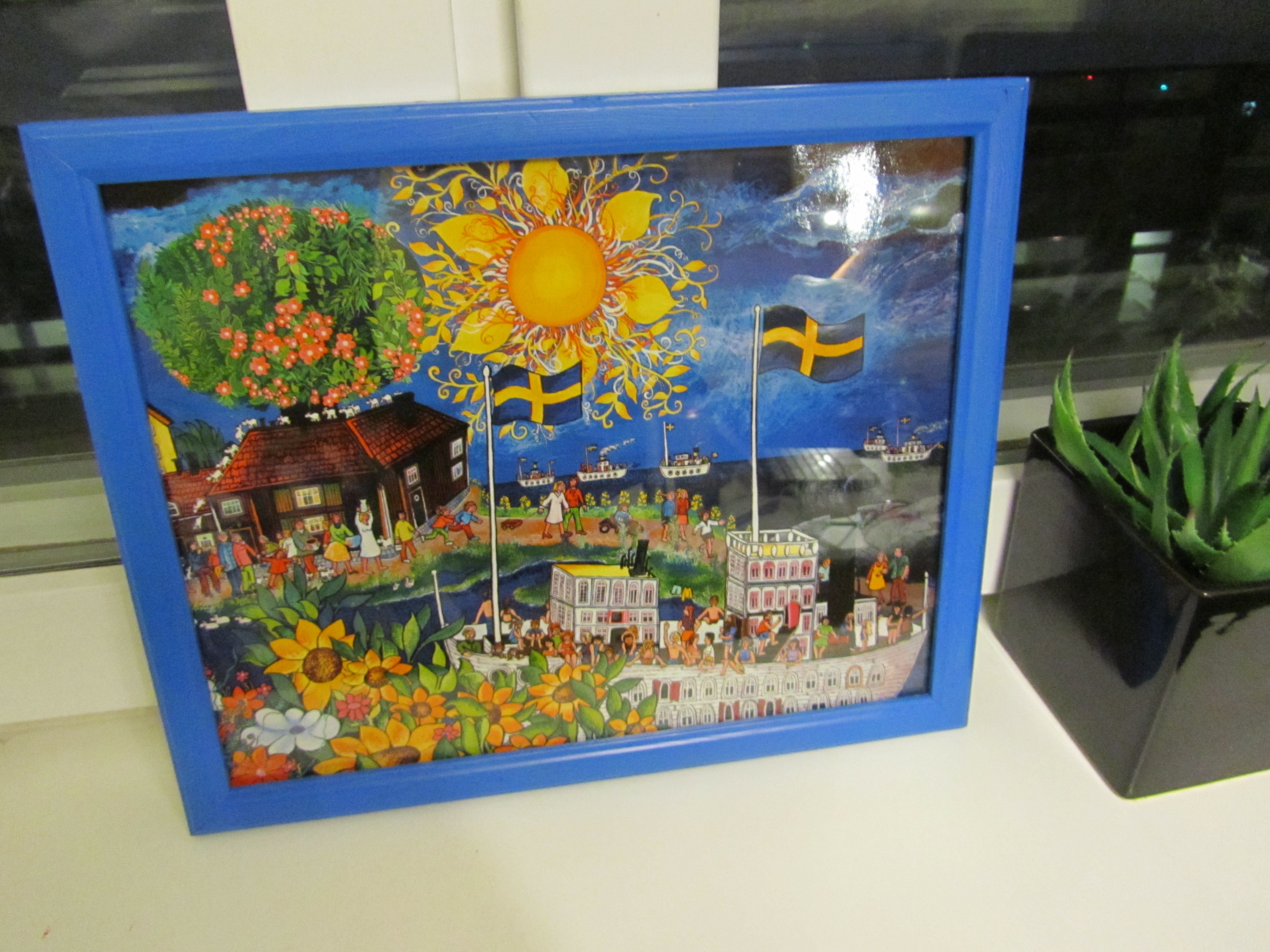 It’s gonna be the “short cue” for me at Australian Customs next week. And by the phrase, the “short cue”, I mean the cue where you need to declare if you’re importing wood products, or have visited farmland. Today, we not only headed out of Stockholm, we visited farmland and I bought a souvenir with a wooden frame. Yep, it’s the short cue for me next Wednesday morning.

Along with my two friends – one Swedish, one Australian – we went on a road trip to visit some countryside locations not far from Stockholm.

We visited Trosa, a small village about an hour or so south of Stockholm, in Södermanland. It’s a gorgeous little village which I’d imagine to be popular with mothers and their adult daughters for a lovely outing. In fact, we ran into my friend’s grandmother and aunt doing just that.

It’s also the place where I picked up a rather cute souvenir. I would NEVER buy the equivalent tourist souvenir in Australia – something with the Opera House I’m sure – but I thought this was rather nice, bright and sunny little piece I picked up for about $15, and which I thought would bring a rather sunny disposition to my office wall.

Later in the afternoon we visited a few other locations on the outskirts of Stockholm, including Täby and Vallentuna.

We arrived back at about nine o’clock tonight, and of course the sun was still shining. Back in my room, I actually got a little sad coming home to think a lovely day was all over.

I’ll be up early in the morning for tomorrow’s big adventure which is a trip to Nyköping to see a concert by Peter Jöback.